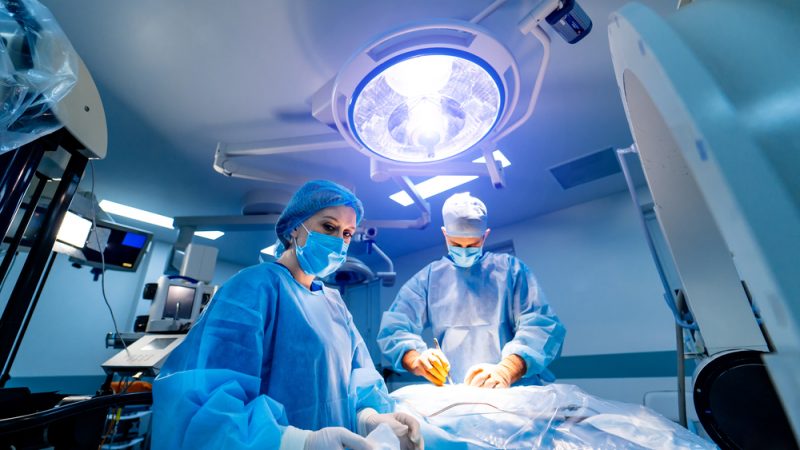 Despite the importance of funding, digitalisation and building stronger partnerships, political leadership is at the chore for creating resilient healthcare to fight future health crises. [SHUTTERSTOCK/Terelyuk]

The COVID-19 pandemic has exposed the lack of medical stockpiles across the EU and the vulnerability of EU supply chains for critical medical countermeasures, reinforcing the message that political leadership remains at the core of creating resilient healthcare to fight future health crises.

It has also highlighted the need for a coordinated and systematic EU-level approach to support the development, production, procurement and purchase of necessary vaccines, therapeutics, diagnostics as well as personal protective equipment (PPE) and medical devices.

This status of unpreparedness caused a number of deaths that could have been avoided.

“If we look at the loss of lives, [the pandemic] can be compared only with the World War II. Only during the wars can this happen,” Ioannis Vardakastanis, a member of the European Economic and Social Committee (EESC) and president of the European Disability Forum, said during a recent event.

Jan-Willem Scheijgrond, the head of government and public affairs at Dutch medical device company Philips, said that “during the COVID crisis, we saw that health systems were crumbling and broken. Just like a leaky roof reveals the holes in the roof when it starts to rain.”

European Commission President Ursula von der Leyen called in her 2020 State of the Union address on Europe to draw lessons from the current crisis and build a European Health Union.

In November 2020, the Commission put forward a set of proposals to strengthen the EU’s health security framework and reinforce the crisis preparedness and response role of key EU agencies.

“We reacted basically already during the pandemic,” said Wolfgang Philipp, the head of health emergency response and vaccines unit at the Commission’s DG Sante. He added that now “we are in the full transition phase”.

He added that it is also critical to ensure the production of medical and pharmaceutical products.

The pandemic has also accelerated the digital transformation in healthcare and boosted innovation in how patients can receive care.

‘A Europe fit for the digital age’ is one of the six political priorities in the mandate of the von der Leyen Commission and, in this sense, the EU is working on a digital transformation of healthcare.

The creation of a digital health data space is part of this digital transition which, however, is not that easy to conduct according to Commission’s Philipp.

“It’s not a simple process, in order to develop and to make data interoperable, and to keep it safe at the same time,” he warned, adding that many different systems exist in the European Union.

The role of preparing for future crises falls on the new Emergency Preparedness and Response Authority (HERA), recently unveiled by the Commission.

“HERA will be in a position to start working towards equipping the EU and its member states with tools and mechanisms to anticipate cross border, serious cross border health threats and identify effective responses,” explained the Commission’s official.

… and received some criticism

The Swedish European lawmaker Jytte Guteland was critical of EU health authorities but highlighted their importance in facing the cross border threats and being better prepared for future pandemics.

“They [agencies] need to have economic muscles to be better prepared,” she said.

She criticised HERA saying that this proposal from the Commission was not enough. “It’s too small, it’s not independent, it’s not a big agency,” she said.

“We want it to be similar to BARDA [Biomedical Advanced Research and Development Authority] but it is more something internal in the Commission,” she said referring to the US government agency which played a strong role in the race to develop a vaccine.

EESC’s Vardakastanis was overall doubtful whether there is momentum now to fix healthcare systems, mentioning what happened during the European Council negotiations on the Next Generation EU and the European Resilience and Recovery facility in July 2020.

“They were trying to cut the budget and one of the main cuts was in the health area. And that was in the very middle of the pandemic,” he said.