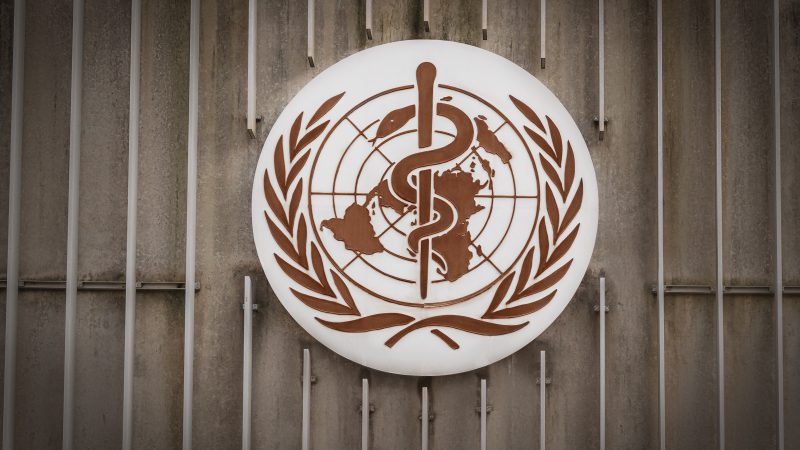 More than 100 members of the European Parliament and member states’ national assemblies have called upon EU health ministers to lobby for Taiwan’s participation in next week’s World Health Assembly in Geneva to share its experience in tackling the COVID-19 pandemic, according to an open letter obtained by EURACTIV.

Globally, Taiwan is seen as one of the few countries which has successfully stemmed the spread of the COVID-19 pandemic, with low infection and death numbers, without resorting to draconian measures and in spite of Taiwan’s geographic proximity to the virus’ origin.

“As the virus knows no borders, nationalities and ideologies, the world needs to share all available information and expertise that can be helpful to combat the pandemic,” the signatories of the open letter wrote and urged the WHO to “return to the pragmatic protocol – practiced from 2009 to 2016 – of inviting Taiwan as an observer to this meeting format”.

So far, Taipei is effectively locked out of WHO membership due to its complex relationship with China. Beijing claims the island as its own territory and deems it to have no right to membership of international bodies. The two sides have been separately ruled since the Chinese civil war of the 1940s.

Signatories also called upon the health body to consider facilitating “appropriate and feasible arrangements for Taiwan to participate in all WHO meetings, mechanisms and activities”.

“Taiwan was the first country, which, already at the end of last year, sent warnings to the WHO about the new virus and the dangers related to it, but unfortunately the body didn’t do much with this warning,” MEP Urmas Paet (Renew), initiator of the open letter, told EURACTIV.

According to Paet, this resulted in “most countries in the world getting the information about the pandemic one month or more too late”.

“We decided to send this open letter to all EU health ministers and EU institutions to make use of the Taiwanese experience in tackling COVID-19,” he added.

“It would not be appropriate to play geopolitical and political games at the expense of people’s health. “This should not be about geopolitics, this is about the health of people, also Europeans”, Paet said.

Italian MEP and European Parliament vice-president, Fabio Massimo Castaldo (NI/5 Star Movement) told EURACTIV that “while understanding the complex background, there is a number of sensitive fields that shouldn’t be politicised, health being one of those”.

“Taiwan is an important stakeholder in the COVID-19 crisis, the numbers are truly impressive and I strongly believe it would be extremely valuable for the international community as a whole if Taiwan could give its contribution and share their best practices against the pandemic,” Castaldo added.

According to him, “the EU should push to maximise Taiwan’s involvement in important international bodies through practical solutions such as lesser forms of participation”.

WHO membership is only given to member countries of the United Nations, which doesn’t recognise Taiwan, or whose applications are approved by the World Health Assembly, whose meeting is due to take place next week in Geneva.

In consequence, Taiwan has so far been excluded from emergency meetings and global expert briefings on the coronavirus pandemic.

In a recent TV interview, the dispute was revived as a top WHO official appeared to dodge questions on the matter, attracting criticism and even accusations of bias.

Bruce Aylward @WHO did an interview with HK's @rthk_news When asked about #Taiwan he pretended not to hear the question. The journalist asked again & he even hung up! Woo can't believe how corrupted @WHO is. pic.twitter.com/uyBytfO3LP

“Taiwan’s membership in the WHO is something that the EU could definitely support, because one could argue membership of such a technical organisation should not be seen by China as detracting from the recognition of the one-China policy,” Sven Biscop, director of the Europe in the World Programme, told EURACTIV.

According to him, it would be “self-evident that when dealing with a pandemic, the more global overview one has, which makes it a question of medical effectiveness that Taiwan should join”.

Asked about how problematic the WHO’s current stance is, Biscop said the body “has created a perception of being too beholding towards China.”

“While this is difficult to judge, even the perception is problematic, because if an organisation like the WHO creates the perception that it serves one of the powers more than the others, it will make it less effective,” he said.

Asked about what the EU’s response should be to the recent deterioration in Sino-European relations, Biscop pointed out the EU has always tried to keep a balance between focusing on China and having a strategy for Asia as a whole.

Last year, the EU published a strategy which labelled China as a “systemic rival”, reflecting a sharp change in its balance of assumptions about the Sino-European relationship, even before the COVID-19 pandemic, which further burdened the relations.

European officials and analysts have been more consistently pointing to a number of issues ranging from the risks of closer cooperation between Beijing and Moscow to China’s willingness to push an ideological agenda in Brussels.