Europe could be headed for pandemic ‘endgame’: WHO 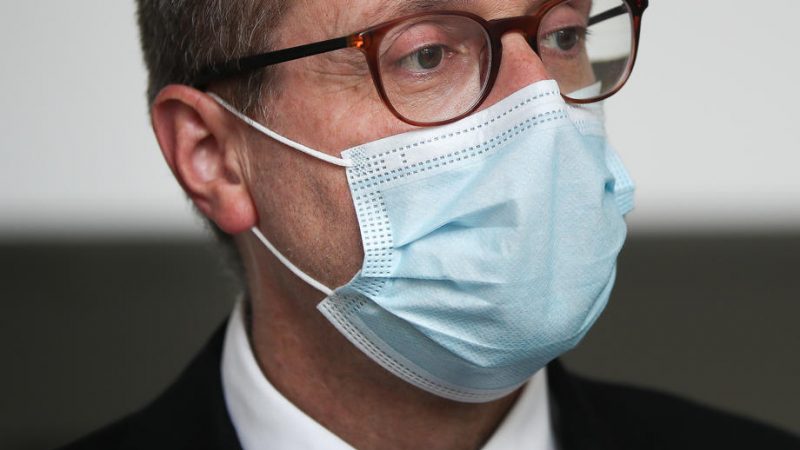 The Omicron variant has moved the COVID-19 pandemic into a new phase and could bring it to an end in Europe, the WHO Europe director said Sunday (23 January).

“It’s plausible that the region is moving towards a kind of pandemic endgame,” Hans Kluge told AFP in an interview, adding that Omicron could infect 60 percent of Europeans by March.

Once the current surge of Omicron sweeping across Europe subsides, “there will be for quite some weeks and months a global immunity, either thanks to the vaccine or because people have immunity due to the infection, and also lowering seasonality”.

“We anticipate that there will be a period of quiet before Covid-19 may come back towards the end of the year, but not necessarily the pandemic coming back,” Kluge said.

Top US scientist Anthony Fauci expressed similar optimism on Sunday, telling ABC News talk show “This Week” that with Covid-19 cases coming down “rather sharply” in parts of the United States, “things are looking good”.

While cautioning against overconfidence, he said that if the recent fall in case numbers in areas like the US’s northeast continued, “I believe that you will start to see a turnaround throughout the entire country”.

The WHO regional office for Africa also said last week that cases of Covid had plummeted in that region and deaths were declining for the first time since the Omicron-dominated fourth wave of the virus reached its peak.

The Omicron variant, which studies have shown is more contagious than Delta but generally leads to less severe infection among vaccinated people, has raised long-awaited hopes that Covid-19 is starting to shift from a pandemic to a more manageable endemic illness like seasonal flu.

But Kluge cautioned that it was still too early to consider Covid-19 endemic.

“There is a lot of talk about endemic but endemic means … that it is possible to predict what’s going to happen. This virus has surprised (us) more than once so we have to be very careful,” Kluge said.

With Omicron spreading so widely, other variants could still emerge, he warned.

The European Commissioner for Internal Markets, Thierry Breton, whose brief includes vaccine production, said Sunday that it will be possible to adapt existing vaccines to any new variants that may emerge.

“We will be able to better resist, including to new variants”, he told French television LCI.

“We will be ready to adapt the vaccines, especially the mRNA ones, if necessary to adapt them to more virulent variants”.

In the WHO Europe region, which comprises 53 countries including several in Central Asia, Omicron represented 15 percent of new cases as of January 18, compared to 6.3 percent a week earlier, the health body said.

Omicron is now the dominant variant in the European Union and the European Economic Area (EEA, or Norway, Iceland and Liechtenstein), the EU health agency ECDC said last week.

Because of the very fast spread of the variant across Europe, Kluge said emphasis ought to be on “minimising disruption of hospitals, schools and the economy, and putting huge efforts on protecting the vulnerable”, rather than measures to stop transmission.

“If you don’t feel well, stay home, take a self-test. If you’re positive, isolate”, he said.

Kluge said the priority was to stabilise the situation in Europe, where vaccination levels range across countries from 25 to 95 percent of the population, leading to varying degrees of strain on hospitals and health-care system.

“Stabilising means that the health system is no longer overwhelmed due to Covid-19 and can continue with the essential health services, which have unfortunately been really disrupted for cancer, cardiovascular disease, and routine immunisation”.

Asked whether fourth doses would be necessary to bring an end to the pandemic, Kluge was cautious, saying only that “we know that that immunity jumps up after each shot of the vaccine”.

The pandemic has so far killed nearly 5.6 million people worldwide, according to official figures compiled by AFP, 1.7 million of them in Europe. 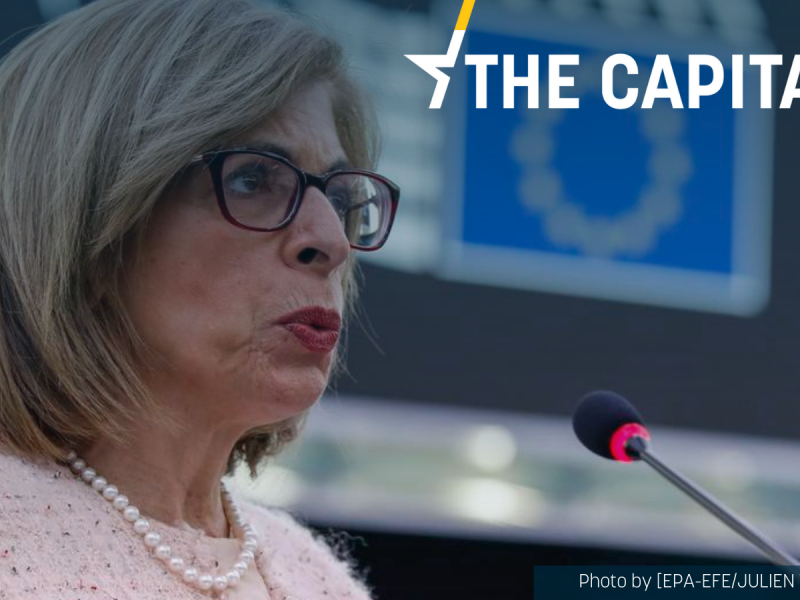 EU health chief: We don’t know if this is the last COVID wave

In today’s edition of the Capitals, find out more about Irish frontline healthcare workers receiving a €1,000 bonus for their efforts during the pandemic, Italy’s left-wing opposing Berlusconi’s presidential bid, and so much more.

According to EU Health Commissioner Stella Kyriakides, who spoke to a small group of journalists in Brussels, including EURACTIV, current scientific data cannot predict if this is the last pandemic wave.

“We have seen many twists and turns throughout this pandemic. So, I will not put predictions on when and whether this is going to be the last wave or not. What we do know is that vaccines have not failed us,” she said.

The Cypriot Commissioner also said the option of a new vaccine targeting Omicron or multiple variants could not be ruled out and added that new therapeutics are coming up.

Kyriakides said vaccines do protect but do not completely prevent infection and transmission.

“But we do know that it overall does reduce the chances of getting infected and of course against serious disease. I, therefore, believe that what we need to understand is that COVID is unlikely to disappear by itself. And until it may become endemic at a certain stage, we need to protect ourselves and others around us and through our vaccination strategies,” she said.

Referring to the rapid spread of Omicron, she said variants are an “ever-present threat” for return to normality and can change the course of the pandemic very quickly. “And unfortunately, this is very difficult to predict,” she said.