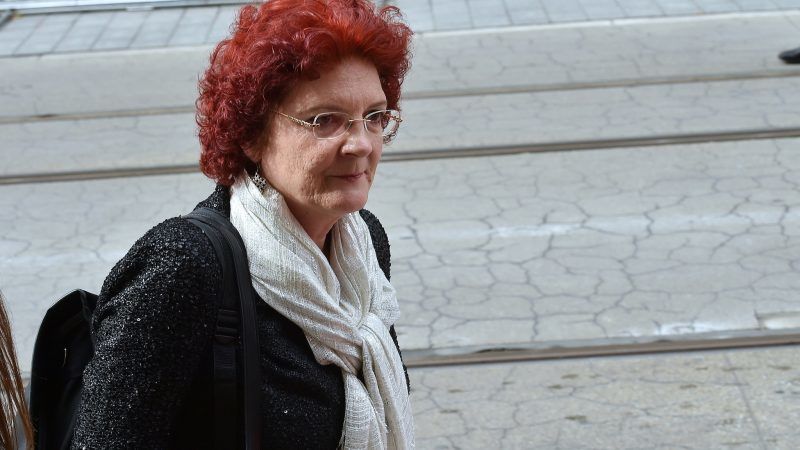 Most EU countries are seeing a “substantial decrease” in cases of COVID-19, and Bulgaria is the only EU country where coronavirus cases are increasing, the director of the EU’s disease control agency said on Monday (4 May).

Speaking at a hearing of the European Parliament’s environment and public health committee, Dr Andrea Ammon, the director of the European Centre for Disease Prevention and Control (ECDC), added that the UK, Poland, Romania and Sweden, were also showing “no substantial changes in the last 14 days”.

In fact, the data mentioned regarding Bulgaria sound outdated. As of Tuesday (4 May), Bulgaria had reported a total of 1,652 confirmed cases of coronavirus and 78 deaths, the second lowest total in the EU after Slovakia. The country passed the peak between 20 and 26 April, with new reported cases now in the range of 50 per day.

However, the UK now has the highest death toll in Europe from coronavirus after the government combined statistics for deaths in care homes with those in hospitals.

“We are past the peak, and we are on the downward slope,” said Prime Minister Boris Johnson last week. He also refuted the suggestion that the UK had been too slow to impose lockdown measures, remarking that “broadly speaking, we did the right thing at the right time.”

The Sweden-based ECDC, is tasked with preparing the EU to combat infectious diseases, and Dr Ammon defended the agency’s speed in advising the European Commission about the threat of the coronavirus, telling lawmakers that the ECDC had become aware of “an unexplained cluster of pneumonia cases” in the Wuhan region.

She added that the agency had issued its first threat and risk assessments on the virus on 9 and 17 January.

She also cautioned against classifying a government’s performance during the pandemic by the national death toll.

“Given the low confidence that we have in whether the death tolls that are collected are complete, I would think that this is not a very reliable approach to classifying countries,” said Dr Ammon.

However, it is believed that the true number of cases and deaths have been significantly under-reported across Europe.

“What we get reported follows the testing,” Dr Ammon told MEPs, adding that “we have to be aware that many people have died of COVID without being tested.”

Population-based surveys are being planned in most member states as well as testing to deduce how many people have had the virus.

The lockdown measures across Europe have been credited with reducing transmissions of the virus by 45% compared with 8 April.

With most member states recording steadily declining infection rates, governments are now in the process of gradually easing confinement measures, leading Dr Ammon to express concern that wearing a face mask “may give people a false sense of security.”

“There is not much evidence that wearing a face mask reduces the risk of infection, and it definitely cannot be used as a sole measure,” said Dr Ammon, adding that wearing a mask can only be seen as an additional measure to social distancing, hand washing and avoiding contact.

Ammon also cautioned against any complacency from governments and individuals, underscoring that “people need to be reminded that this virus will not go away as long as we do not have a vaccine.”

She also warned that people should not assume that by having coronavirus they were protected from future infection.