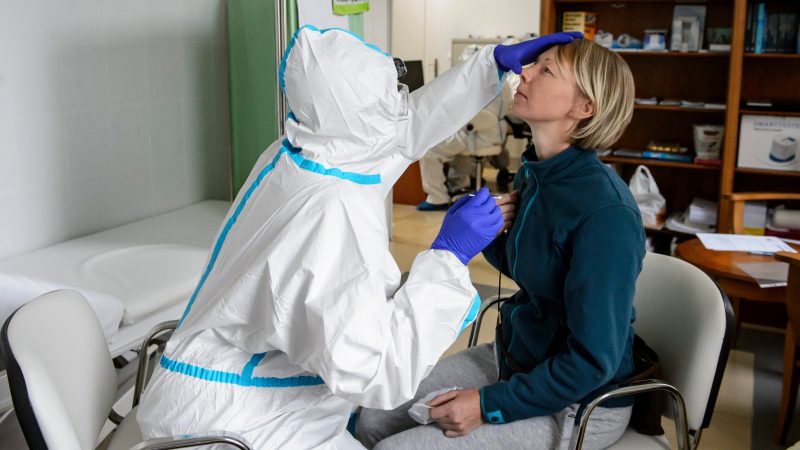 A medical specialist wearing a protective suit takes a swab sample from a woman for a coronavirus test amid the ongoing coronavirus COVID-19 pandemic in Rozsaszentmarton, Hungary, 14 May 2020. [EPA-EFE/PETER KOMKA]

As Europe gingerly eases its coronavirus lockdowns, many governments are scrambling to buy antibody tests to find out how many of their citizens were infected, in the hope that will help them craft strategies to avoid a second wave of COVID-19 cases.

But exactly how – or even if – the information will be of use remains unclear, raising the risk that public funds and government time are being wasted.

Switzerland, home of diagnostics powerhouse Roche which has developed its own COVID-19 antibody test, is one of the countries holding back from the dash to place orders.

“The government up to now has not bought any antibody tests,” a Federal Health Ministry spokesman told Reuters on Thursday (14 May).

“Their ability to inform us remains simply too uncertain for them to be part of an easing strategy,” he said, referring to the relaxation of restrictions, such as on free movement.

That hasn’t stopped makers of antibody tests including Roche, US rival Abbott, Germany’s Siemens Healthineers, as well as Chinese suppliers, from receiving a flurry of orders and expressions of interest from governments.

On Thursday, Britain announced it was talking to Roche about getting hundreds of thousands of its tests per week, describing them as a potential “game changer”.

That’s after Germany said last week the Swiss drugmaker would sell it three million tests in May and five million a month thereafter.

So concerned about its ability to secure supplies, Finland is making its own tests.

The Finnish Institute for Health and Welfare (THL) initially began using tests from “a European vendor” it declined to name, but switched strategy on learning the supplier couldn’t guarantee timely delivery for 30,000 tests it wanted this year.

“Availability was questionable so we couldn’t continue down that road,” THL’s chief researcher Arto Palmu told Reuters, adding initial assessments of the accuracy of its domestic version judged it “at least as good” as commercial options.

"We have a simple message for all countries:
test
test
test.

If they test positive, isolate them & find out who they have been in close contact with up to 2 days before they developed symptoms & test those people too"-@DrTedros #coronavirus

Antibody tests are designed to detect immune-system proteins that people develop in response to an infection, and which typically are a sign of some protection against catching the disease again.

Accuracy, or specificity, is everything, however, since false-positive tests could give people a false sense of security if they believe they had the disease and have some immunity, when in fact they may never have been infected.

The United States had to tighten rules on the tests it allowed, for fear of fraud under initially lax regulations meant to speed assays to market.

Roche has said its tests have 99.81% specificity.

Abbott has said the specificity and sensitivity of its test are 99.5% and 100% respectively.

Italy’s DiaSorin has said its Liason XL test has 97.4% sensitivity and 98.5% specificity.

There are other tests out there, too.

Denmark, one of Europe’s first countries to re-open schools, on Monday started its first antibody study, which includes testing 2,600 people, using a kit from China’s Wantai.

The Dutch Health Ministry said on May 5 it had ordered one million kits, also from Wantai.

Roche declined to comment on differences in numbers of tests being delivered to various countries, but said its goal was to be “fair”.

It does not want to become embroiled in a political row like Sanofi SA did when it said the United States would be the first to get its COVID-19 vaccine, should it prove successful.

“We have one price for the test worldwide,” a Roche spokesman said. “We are working with customers, non-profit and government organizations and regulatory bodies to make sure our tests have the greatest patient and community impact.”

A Siemens Healthineers spokesman said there were currently several large national tenders for mass antibody testing ongoing in which the company was participating. 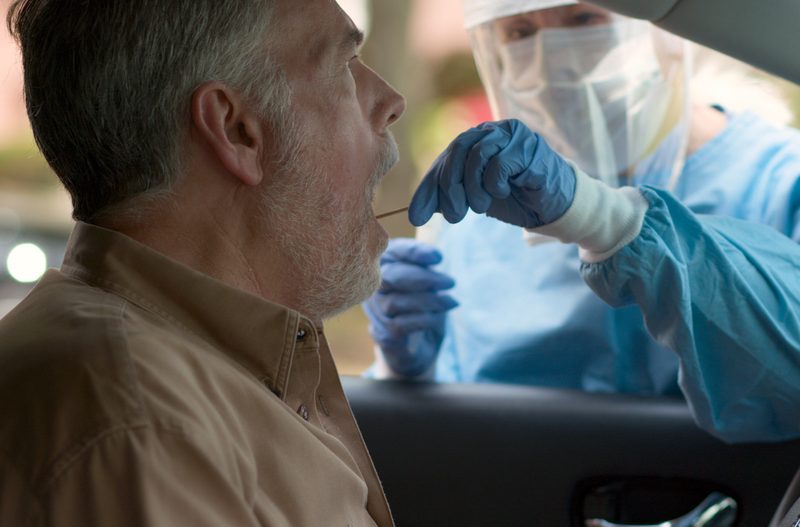 Weekly screening of healthcare workers and other at-risk groups could reduce their contribution to transmission by between 25-33%,  a study published Thursday (23 April) by the WHO Collaborating Centre for Infectious Disease Modelling, concluded.

Not all countries are quite so far along.

In Hungary, for instance, a government spokesman said on Thursday it had no information about plans to do broad antibody testing.

Cillian De Gascun, head of Ireland’s national virus laboratory, told a news conference the country was evaluating and validating tests and, if all goes well, could have some by June.

But being slow off the mark may not be disadvantage, as there is currently little agreement over what countries should do with the information provided by the tests.

Some, such as Chile, have floated the idea that “immunity passports” – potentially allowing free movement – could be issued to those who have had COVID-19 and recovered, given they may be protected from re-infection.

But the World Health Organization has cautioned against such passports, saying there was “no evidence” people who have recovered from the virus cannot catch it again.

For Switzerland, the strategy is the same as in countries such as South Korea and Taiwan that have had some success in containing COVID-19 – test anyone who shows symptoms, trace everybody who has been in contact with an infected person, and require them to isolate until they are clearly free of disease. 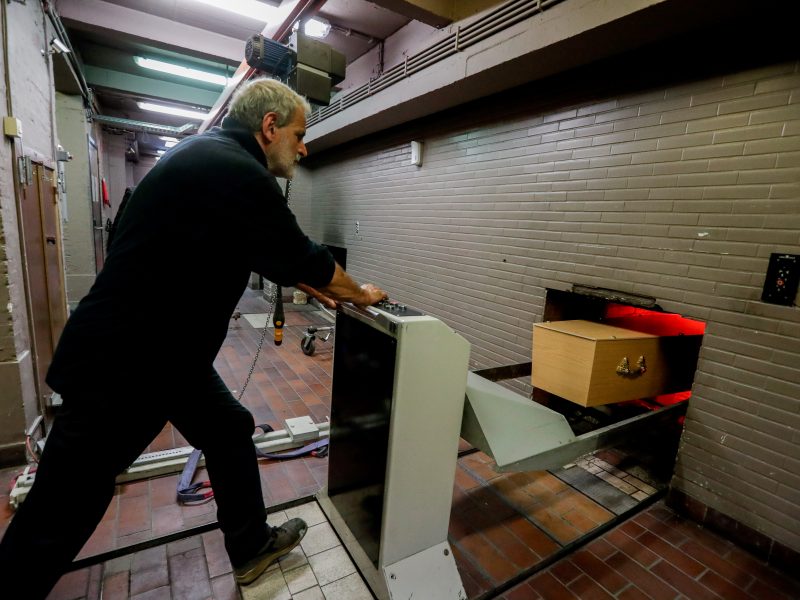