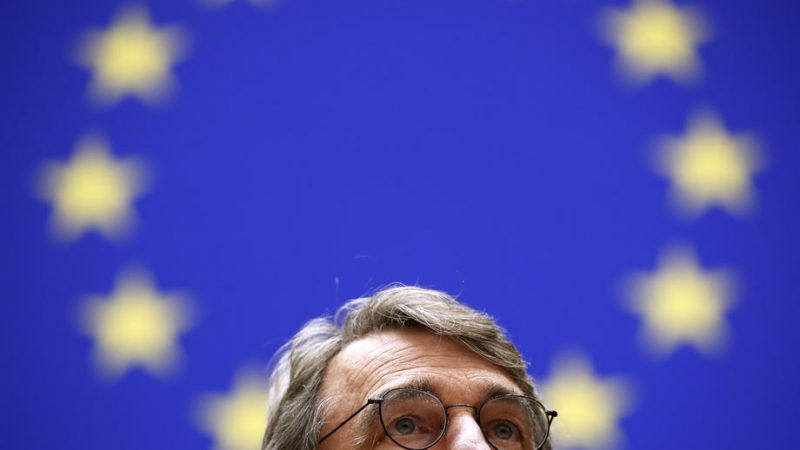 “I regret to announce that next week’s plenary will not take place in Strasbourg, but will be remote,” Sassoli wrote on Twitter.

“The situation in France and Belgium is very serious. Traveling is a danger,” he added.

But, in a likely gesture to Macron, Sassoli also added that “Strasbourg remains the seat of the Parliament and we will do our utmost to return.”

I regret to announce that next week's plenary will not take place in Strasbourg, but will be held remotely.

The situation in France and Belgium is very serious and travelling is not advised.

Strasbourg remains the home of @Europarl_EN and we will do everything we can to return.

The decision follows a standoff between the EU institution and French President Emmanuel Macron, who demanded the parliament should return to Strasbourg as soon as possible, saying that the EU would be “screwed” if it met only in Brussels.

In a letter obtained by EURACTIV on Tuesday, Sassoli informed European Parliament staff about stricter measures to be applied within the institution, further reducing physical presence in the EP buildings.

He asked MEPs to do at least 80% of monthly working time in telework in the near future.

With that, the European Parliament is preparing, slowly but surely, for a possible second lockdown.

The announcement followed after several S&D MEPs, including Sassoli’s own team, had to quarantine after coming in contact with a staff member who tested positive for COVID-19.

France itself on Wednesday announced stricter coronavirus measures to combat a surge in infections across the country, with curfews in nine cities, although Strasbourg, in the country’s east, is not affected.

Since March, when the pandemic arrived in Europe, the European Parliament has met exclusively in Brussels, with many members connecting by video link to allow social distancing. There has also been a system put in place for MEPs to vote remotely.

Macron will have the chance to make his views known to Sassoli face to face on Thursday when they meet at an EU summit in Brussels, which the European Parliament president traditionally attends.

The costly and time-consuming travel to Strasbourg for MEPs and their thousands of staff between the two cities has in recent years led to increased demands for a single seat in Brussels for the institution.

However, France vehemently insists on its right – currently enshrined in the EU treaties – to host the plenary sessions.