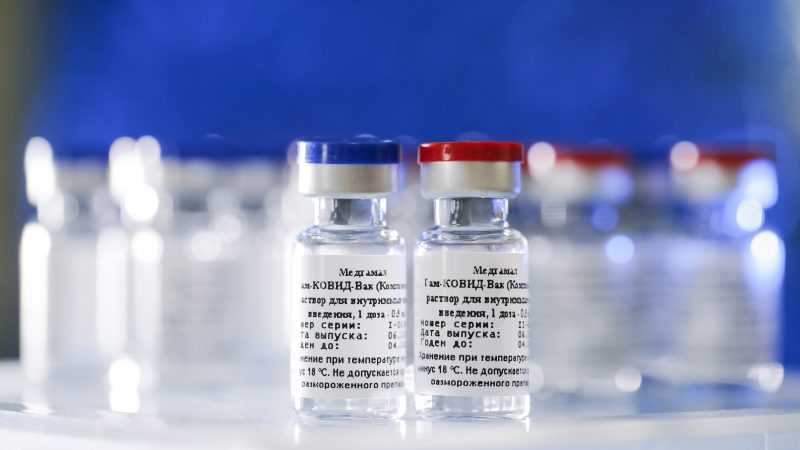 A group of scientists sent a formal letter to the Lancet on Monday (14 September) outlining doubts about the accuracy of early data on Russia’s COVID-19 vaccine, one of the authors said, adding further fuel to a dispute surrounding the “Sputnik-V” shot.

Russia claimed on 12 August it has developed the world’s first vaccine offering “sustainable immunity” against the coronavirus.

Reuters did not see the contents of the letter. The move nonetheless highlights growing concern among scientists about the safety and efficacy of the Sputnik-V vaccine, which the government approved for use before completing full human trials.

The official letter came days after a larger group of scientists – including the 15 – signed an open letter to the Lancet’s editor, published on Bucci’s personal blog, after the journal published the early-stage trial results from Moscow’s Gamaleya Institute.

They said they found patterns in the Phase I/II data, which was peer-reviewed in the journal, that looked “highly unlikely”, with multiple participants reporting identical antibody levels.

The Gamaleya Institute did not immediately respond to a request for comment about the formal letter sent on Monday.

Last week the institute rejected the critique contained in the open letter, which was initially signed by 26 scientists but now has 38 signatories.

“The published results are authentic and accurate and were examined by five reviewers at The Lancet,” Denis Logunov, a deputy director at the institute, said in a statement.

He said his institute submitted the entire body of raw data on the trial results to The Lancet.

The Lancet said it had invited the authors of the Russian vaccine study to respond to the questions raised in the open letter by Bucci.

“We continue to follow the situation closely,” it added.

“We started with about a dozen of us and now we have reached three times the signatures, with colleagues from the United States, Switzerland, Australia, India, Russia, Great Britain, Japan, Germany, Canada,” Bucci said.

He said the formal letter to the Lancet was signed only by 15 scientists with expertise in virology, immunology, pharmaceutical development, research integrity and statistical analysis. Most were Italian, but they also included scientists from Sweden, Britain, the United States and Japan, he added.

“The journal’s editor wrote asking us to send him our points of objections and inviting the authors of Russian vaccine’s study to respond to our points,” said Bucci.

Naor Bar-Zeev, deputy director at John Hopkins Bloomberg School of Public Health, who peer-reviewed the Russian data, last week defended his analysis of the research following the publication of the blog.

“The results are plausible, and not very different to those seen with other AdV vectored products,” he said.

The researchers had provided more detail than was needed for the review and responded to his questions “intelligently and in a matter-of-fact and confident but understated manner”.

The results of the Russian Phase I/II trials, which involved 76 participants and was conducted in June-July, were published in the Lancet on 4 September. They showed that participants developed a positive immune response and no serious side effects, the study’s authors said.