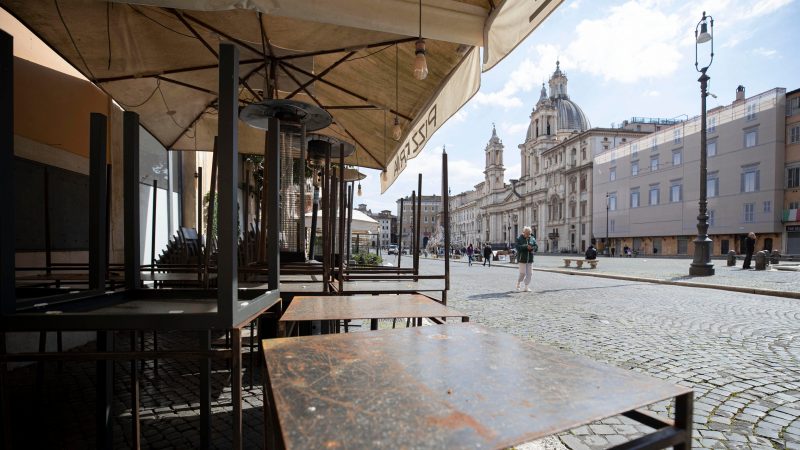 A view of tables outside the still closed Camillo club in Navona square looks on in Rome, Italy, 23 April 2021. The new anti-COVID-19 decree came into force with reopening scheduled for 26 April 2021. [EPA-EFE/ANSA/MASSIMO PERCOSSI]

After months of stop-start restrictions imposed to manage its second and third waves of COVID-19, Italy hopes this latest easing will mark the start of something like a normal summer.

Three-quarters of regions will drop into the low-risk “yellow” categories from Monday, with bars and restaurants permitted to restart table service outside – including, for the first time in six months, in the evening, although a 10:00 pm curfew remains in place.

“Finally!” said Daniele Vespa, the 26-year-old head waiter at Baccano, a restaurant near Rome’s Trevi Fountain, as he made preparations for the return of customers.

“Hopefully… we can soon reopen inside as well,” he told AFP, adding: “It’s the start of a return to normality.”

Prime Minister Mario Draghi has been under intense pressure from regional governments and increasingly regular street protests to ease restrictions, as Italy battles its deepest recession since World War II.

He has admitted to taking a “calculated risk”, as infection rates and intensive care admissions fall but deaths still mount at more than 300 every day to more than 119,000.

The vaccination programme is gaining pace with more than 17.5 million jabs administered so far in a population of around 60 million, but there are disparities between regions.

“Clearly if the gradual reopening is interpreted as a ‘free-for-all’, a new surge in infections risks compromising the summer season,” warned Nino Cartabellotta, head of the GIMBE Foundation health think tank. 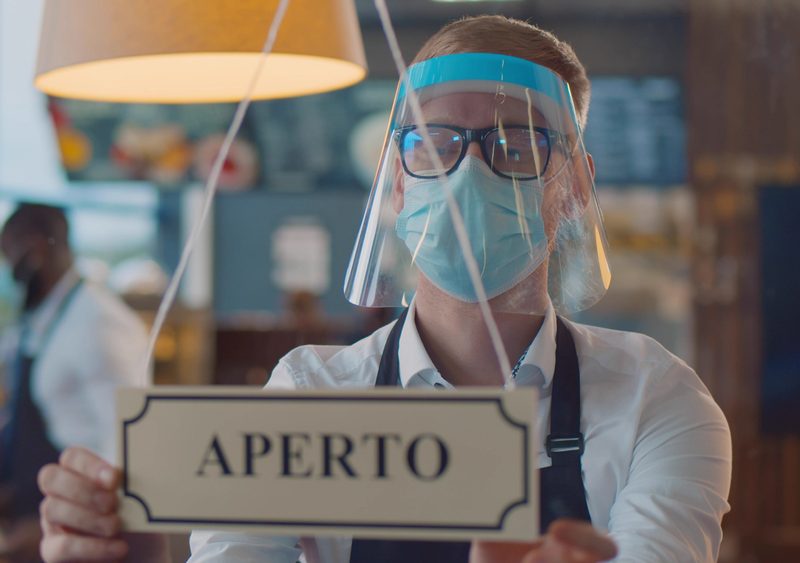 Several COVID-19 restrictions currently in force in the country will be eased as of 26 April, Italian Prime Minister Mario Draghi announced in a press conference on Friday.

In particular, in the regions classified at orange and yellow risk, in-person …

Italy was the first European country to be hit by the pandemic in early 2020 and remains one of the worst affected, with the EU’s highest reported death toll and one of the deepest recessions.

The economy contracted by a staggering 8.9% last year and a million jobs have been lost.

Italy is pinning its hopes on a 222.1-billion-euro investment and reform plan funded largely by the European Union. Rome is the biggest recipient of the bloc’s €750 billion post-pandemic recovery fund.

In parliament on Monday, Draghi will formally present the programme he hopes will boost growth by 3.6 percentage points by 2026, ahead of a Friday deadline to submit the package to Brussels.

In a statement Sunday, the government said the plan was a “historic intervention” that would repair the damage caused by the pandemic and address “the structural weaknesses” of the Italian economy, while putting it on a greener footing.

There will be money to help women and young people, who have disproportionately lost out during the pandemic, while around 40% will be targeted at historically under-performing southern Italy.

Draghi, a former European Central Bank chief, has also highlighted the importance of reform, and the plan sets out an “ambitious programme” focused on modernising notably public administration and the snail-paced justice system.

Disputes over the spending plan brought down the previous prime minister and his coalition, after which Draghi was parachuted in to lead a national unity government in February.

His broad support in parliament “gives him significant room for manoeuvre to deliver the necessary reforms”, noted Jesus Castillo, an economist at Natixis. 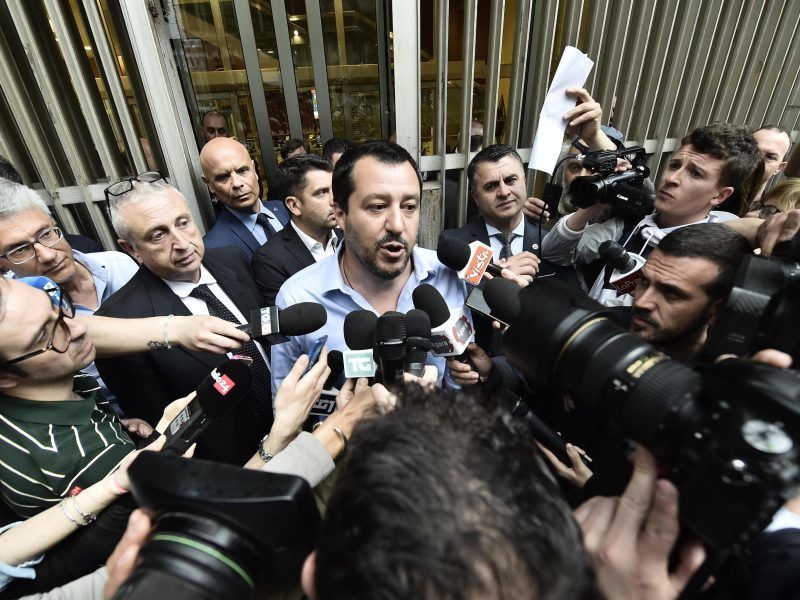