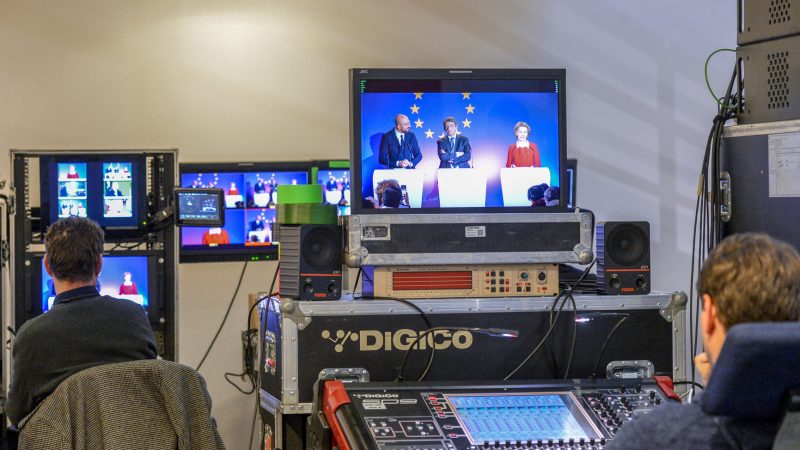 A 41-year-old external contractor working at the European Parliament died on Sunday (22 March) from respiratory complications after he contracted the novel coronavirus (COVID-19), the institution confirmed yesterday (23 March).

Italian-born and raised in Belgium, Giancarlo Agostino Di Maria worked in the Directorate-General for Innovation and Technological Support (ITEC) providing technical expertise on the teleconference services of the institution.

Di Maria was admitted at the Sainte-Anne hospital at the beginning of last week and was intubated on Wednesday evening but succumbed to respiratory complications after 5 days.

Although his health record was not revealed due to personal data protection reasons, his inner circle said that he was a healthy person who engaged in sports activities.

The European Parliament has confirmed having activated the protocol to trace back the possible contacts the victim had in the days before having displayed the symptoms.

DG ITEC colleagues have been informed and the medical service is in direct contact with his team and unit to organise the psychological support for his direct friends and colleagues, said an internal mail seen by EURACTIV.

On Friday (20 March), Polish MEP Adam Jarubas announced on his Twitter account that he had contracted novel coronavirus, the first European lawmaker having tested positive.

Initially, the European Parliament asked only the staff coming back to work after having travelled to one of the ‘hotspot areas’ in the last two weeks to stay home in self-isolation and do teleworking.

In the past weeks, however, the human resources office has extended the remote working to all staff in “non-critical functions” in response to the COVID-19 pandemic.

Administrative staff at the European Parliament have been tasked with rolling out technology that will “facilitate the remote participation” of MEPs during the prolonged period of remote working brought on as a result of the coronavirus outbreak, documents seen by EURACTIV reveal.

European Parliament to roll out 'distance voting' technology for MEPs

Administrative staff at European Parliament have been tasked with developing technology that will “facilitate the remote participation” of MEPs during the prolonged period of remote working brought on as a result of the coronavirus outbreak, documents seen by EURACTIV reveal.