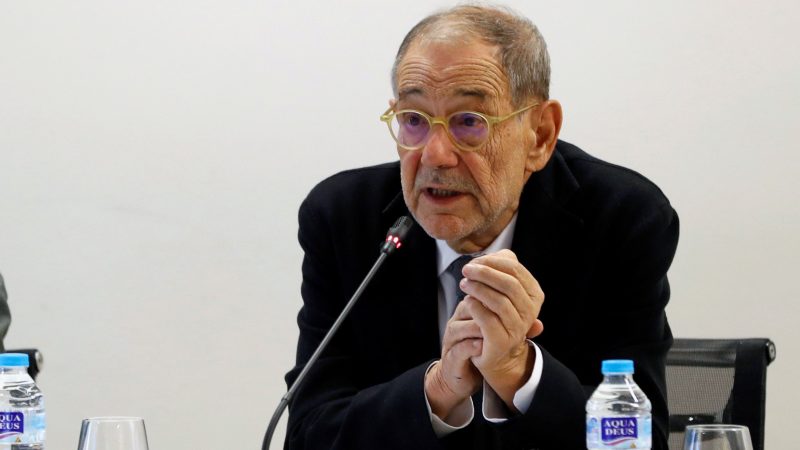 File photo. President of the Prado Museum's National Patronage, Javier Solana, presents the annual activity balance on the occasion of the 200 anniversary of the Prado Museum (1819-2019) in one of the art galleries of the museum in Madrid, Spain, 19 December 2019. [Ballesteros/EPA/EFE]

Former European Union High Representative for Foreign Affairs Javier Solana is being treated at a Madrid hospital for coronavirus, a source close to the Spanish politician said Saturday (14 March).

“He tested positive and is evolving favourably,” the source told AFP, confirming a report in conservative newspaper ABC which said he had been hospitalised for the disease in the Spanish capital on Wednesday.

In a tweet sent to a well-wisher, the former Spanish foreign minister said he was “getting better”.

Spain confirmed more than 1,500 new cases of coronavirus between Friday and Saturday raising its total to 5,753 cases, the second-highest number in Europe after Italy.

All bars and restaurants have been closed in the Madrid region, where the bulk of the cases have been recorded, in an effort to stop the spread of the disease.

Among those who have been infected are two members of Spanish Prime Minister Pedro Sanchez’s cabinet as well as the leader of far-right party Vox, Santiago Abascal.