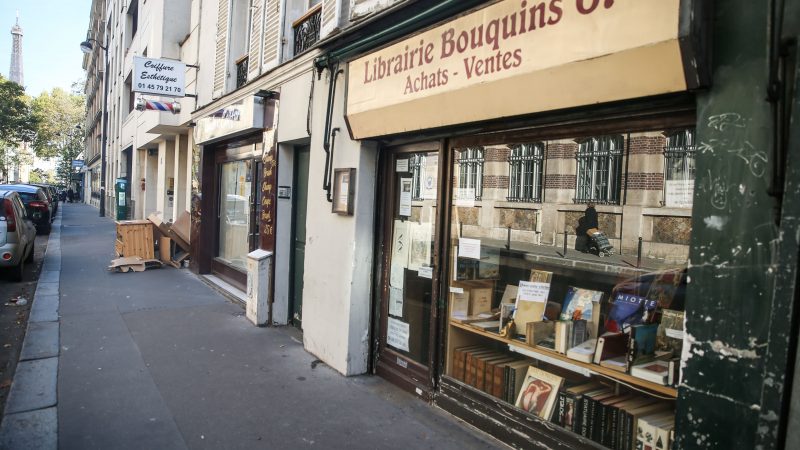 A woman wearing a face mask reflects on a glass front of a closed bookstore in Paris, France, 31 October 2020. French President Emmanuel Macron announced in a televised statement that France is 'reconfining' and going into a second lockdown for a minimum of four weeks to battle the rise in Covid-19 cases. [Mohammed Badra/EPA/EFE]

The French government promised on Sunday (1 November) to protect the nation’s beloved independent shops that fear losing their business to international giants, such as Amazon, as it sought to quell opposition to a new coronavirus lockdown.

In common with other European nations suffering from an upsurge in the novel coronavirus, France has entered a second strict lockdown, which includes closing non-essential stores for at least 15 days.

Mayors in about 50 cities and towns brought in local edicts allowing shops to remain open, with even Paris mayor Anne Hidalgo saying she would to do the same for book stores.

Economy Minister Bruno Le Maire said on Sunday such actions were irresponsible and posed a health risk, but promised some €100 million to help small businesses build up online operations.

“It shouldn’t be that Amazon, let us say, emerges as the big winner of this crisis at the expense of local shops,” Le Maire told BFM TV.

He also said the government was considering insisting aisles be blocked off in supermarkets dedicated to non-essential goods, such as toys.

Amazon said on Saturday is was withdrawing advertising for pre-Black Friday discounts in France after the French government said it was inappropriate when other retailers were suffering.

Some small businesses, including many booksellers in France, are experimenting with new ways to stay open.

One high-profile victim of the impact of COVID-19 is the famous English-language Parisian bookshop Shakespeare and Co, which has pleaded with customers to place online orders and collect books from its door.

The organisers of the prestigious Prix Goncourt literary award said last week they would not announce a winner for this year as planned on 10 November, if bookstores were ordered to shut.