For the operational implementation of its gradual deconfinement strategy, partly based on the South Korean model, France plans to carry out 700,000 virological tests per week. This could be a challenge for a country that so far has under-tested its population due to a lack of equipment. [EPA-EFE/THOMAS SAMSON]

Prime Minister Edouard Philippe unveiled, in a speech to MPs before the National Assembly, the outlines of the country’s deconfinement plan, which is due to begin on 11 May.

During his one-hour speech, Philippe detailed the multiple precautionary measures that will aim to prevent a resumption of the pandemic. “We are going to have to live with the virus,” explained the prime minister, as France’s death toll reached 23,600 people.

The French plan will seek a difficult balance between maintaining social distancing and protection measures that have slowed the pandemic and reviving an economy damaged by weeks of confinement.

“We must protect the French people without immobilising France,” the head of government added.

Among the main relaxation measures, the prime minister said travel certificates will no longer be needed after 11 May, meaning people will be allowed to travel within a 100km radius of their home without having to get a permit. Fewer than 10 people will also be allowed to gather.

Non-essential shops that had been closed by the authorities during the containment phase will be able to reopen their doors to the public, subject to compliance with health regulations.

But bars and restaurants will not be reopened to the public for the time being. Finally, schools will reopen gradually, but with a limited number of pupils.

The measures will be implemented “gradually, cautiously” and “if the conditions are met”, warned the French PM, adding that gradual implementation will also happen if the number of cases and hospitalisations start declining.

However, many restrictions will still be in place.

Major cultural events will not be re-authorised and beaches will remain closed to the public until at least 2 June and green spaces will be allowed to reopen only in areas with low coronavirus transmissions rates.

The wearing of masks will be compulsory on public transport and social distancing measures will be enforced. Teleworking will remain the rule for companies where the presence of employees is not essential. 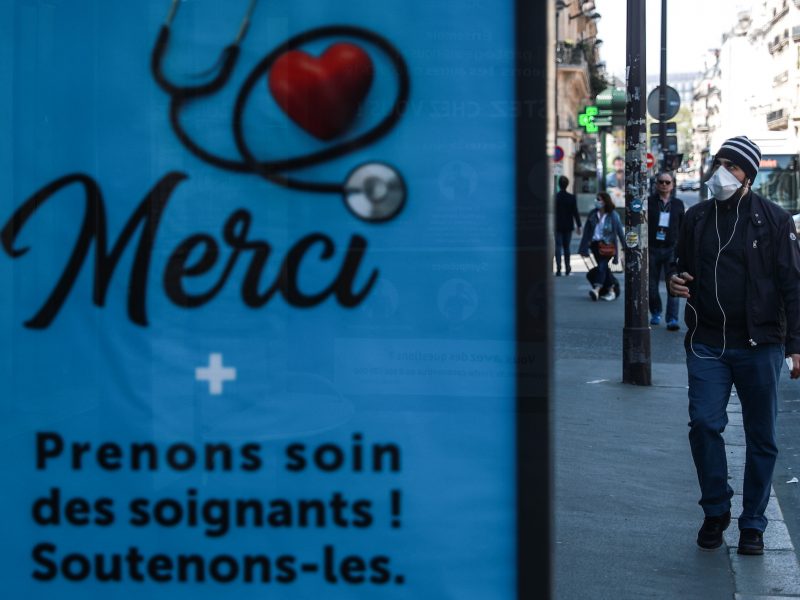 The coronavirus situation in France is improving “slowly but surely” and shortages of protective gear such as face masks are easing, Prime Minister Edouard Philippe said on Sunday (19 April), although he warned that the crisis was far from over.

Another drastic measure is the implementation of a policy that will test, trace contacts between COVID-19 patients and isolate positive cases, which should make it possible to avoid the second wave of excessive contamination.

Any person with coronavirus symptoms and their immediate circle would be systematically tested. The contaminated persons will then be placed in isolation for 14 days in order to “break the chain of contamination”.

For the operational implementation of this strategy, partly based on the South Korean model, France plans to carry out 700,000 virological tests per week. This could be a challenge for a country that so far has under-tested its population due to a lack of equipment.

The deconfinement plan was largely approved by the National Assembly by 368 votes to 100, with 103 abstentions.