France says no to lockdowns, boosts vaccination campaign instead 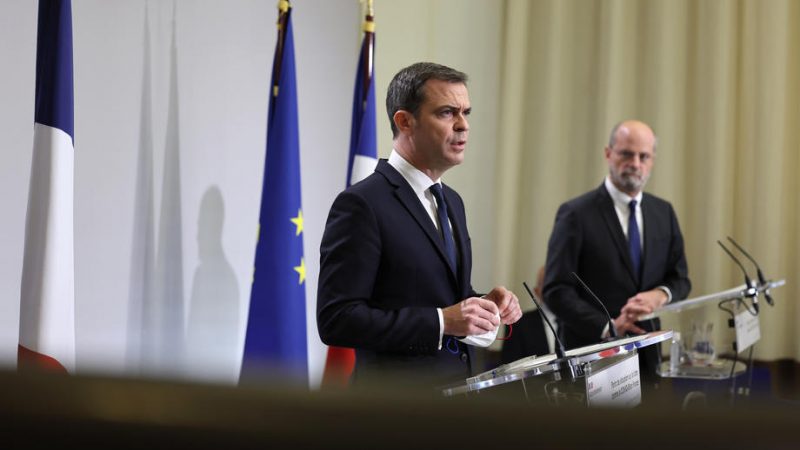 Véran is following the recommendations of the country's national health authority (HAS), which on Thursday (25 November) announced it recommends everyone above 18 to take a booster shot five months after the last injection, not six.  EPA-EFE/THOMAS COEX / POOL MAXPPP OUT [THOMAS COEX/EPA]

France will not go into lockdown or under curfew and will speed up its vaccination campaign to slow the increase of COVID-19 cases amid a European fourth wave. EURACTIV France reports.

Health Minister Olivier Véran made the announcement at a press conference on Thursday (25 November) as a combination of the highly contagious Delta variant and colder temperatures saw new cases reach 32,591 on Wednesday.

“We have the means to prevent the dramatic consequences of the first waves,” said Véran.

While some European countries like Austria are taking restrictive measures, France is choosing “to reconcile freedom and responsibility”, said Véran, who was accompanied by Education Minister Jean-Michel Blanquer and Health Director-General Jérôme Salomon.

This means that there will be no lockdown, curfew or early closures of shops, at least for now.

However, the health minister does intend to speed up the vaccination rate, starting with offering a booster to those aged 18 and over five months after their last injection.

“The health impact is real, but it is significantly reduced thanks to vaccination coverage,” Salomon said, adding that COVID passes will only remain valid from January if boosters are taken within the five-month timeframe.

Véran is following the recommendations of the country’s national health authority (HAS), which on Thursday (25 November) reduced the recommended booster time frame from six months to five.

“HAS considers that the worrying epidemic context justifies an acceleration of the vaccination campaign by shortening the time between the primary vaccination and the booster dose”, the health authority wrote in a press release.

The health minister also noted that PCR and antigen tests that make COVID passes usable for the unvaccinated would only be valid for 24 hours from next Monday (29 November) onwards.

Some six million people remain unvaccinated and the unvaccinated outnumber the vaccinated patients in intensive care units ten to one, he added.

Véran also announced the arrival of a new treatment against the virus in early December. The antiviral drug, molnupiravir, made by Merck & co and described as”very hopeful”, will be reserved for people at risk or the elderly. “France will be the first European country to make it available to its citizens”, the minister added.

France’s health minister also stressed the importance of ventilation and barrier measures, which are “invaluable tools” that have been somewhat neglected. We need to “get our act together”, he said, adding that “these everyday constraints are the keys to our freedom”.

Masks will be mandatory from Friday in all public spaces, including where a COVID pass is required, and to access Christmas markets.

Education Minister Jean-Michel Blanquer said that from next week, primary schools would no longer have to automatically close if a student tests positive, as a simple negative test will allow children to return to class.

Blanquer also welcomed vaccines for 12-17-year-olds, stating that 75% of them had a complete vaccination schedule. 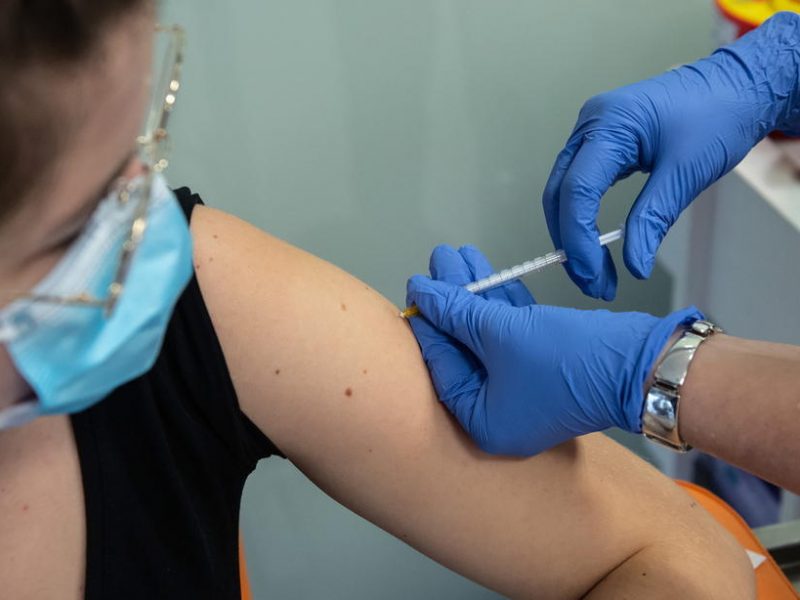