People watch the speech of French President Emmanuel Macron on mobile a phone addressing the nation from the Elysee Palace about the widening coronavirus crisis. [Yoan Valat/EPA/EFE]

French President Emmanuel Macron announced on Thursday (12 March) evening a set of unprecedented measures to combat the spread of COVID-19, including the closure of schools until further notice. The president also noted that the fight needs to be fought at the European level as well. EURACTIV France reports.

Exceptional circumstances call for exceptional measures. Macron announced the unprecedented series of decisions in a televised speech to the French people.

“This epidemic, which affects all continents and strikes all European countries, is the most serious health crisis to hit France in a century,” he said at the start of a 27-minute speech, in which he had made repeated calls for unity and solidarity.

Without mentioning the expected passage to “stage 3” of the epidemic or the state of emergency, Macron nevertheless decreed an unprecedented closure of French educational establishments, from daycare centres to universities, until further notice.

“This is both to protect them and to reduce the spread of the virus throughout our territory,” he said. This measure should be accompanied by region-by-region childcare solutions, but the president also called for solidarity among French people to help each other and in particular to allow healthcare personnel to go to work.

Another announced precautionary measure was to voluntarily confine vulnerable people. The president asked people “aged over 70 years, those suffering from chronic diseases or respiratory disorders, people with disabilities, to stay at home, as much as possible”.

Since the beginning of the epidemic, France has been trying to curb its peak to give hospital services time to prepare for a massive influx of patients and avoid saturation of emergency and resuscitation services.

According to the latest assessment communicated by the Ministry of Health, in France, the Coronavirus has caused 2,876 cases of contamination and 61 deaths.

The president nevertheless announced that the municipal elections on Sunday would go ahead.

After having consulted French political families, the president recalled the importance of ensuring democratic continuity. “I asked the scientists about our municipal elections… They consider that there is nothing to prevent the French, even the most vulnerable, from going to the polls,” he added. 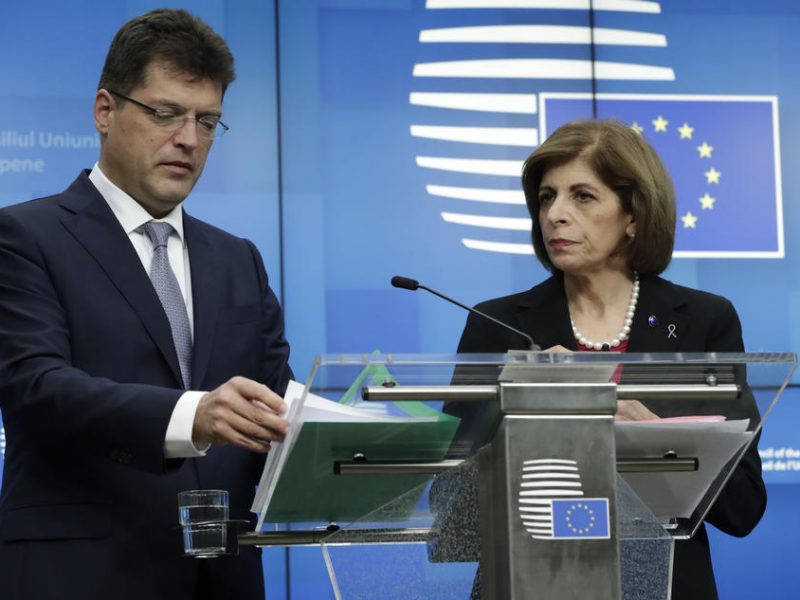 Social distancing the only cost-effective solution to coronavirus for now

The only solution to contain the spread of the coronavirus outbreak and prevent serious strains on health systems and economies across Europe is to employ preventive measures like staying home, taking care of children, shopping on behalf of grandparents, EU sources told EURACTIV.com.

In addition to health measures, the president also announced a host of economic and social measures to support employment and businesses, many of which are suffering from the effects of the virus, particularly in the fields of tourism, events, culture and transport.

When it comes to employees, the French leader announced the implementation of an “exceptional and massive mechanism of partial unemployment”. For companies, it will be possible to postpone “without justification, without formality, without penalty [the] payment of contributions and taxes due in March”.

‘The Coronavirus has no borders’

Finally, the head of state stressed the importance of the EU’s response to the current crisis. “The coronavirus has no borders”, he hammered, at a time when all European countries are now affected. “We also need a European response”, he said.

“I have asked the government to prepare a national and European recovery plan that is consistent with our priorities and commitments for the future,” France’s top elected official had stressed. Referring to the measures taken by the European Central Bank (ECB) on Thursday, Macron considered they would not be sufficient.

“We Europeans will not let a financial and economic crisis spread. We will react strongly, and we will respond quickly. All European governments must make decisions to support activity and then revive it whatever the cost. France will do so, and I will be taking this line at the European level on your behalf. “he detailed.

If necessary, the borders will have to be closed at the European level, he added. “We will have to take them as Europeans, on a European scale, because that is the scale on which we have built our freedoms and our protections,” the president said.

The end of liberalism in sight?

Macron’s speech concluded with a strong statement in favour of the French model of the welfare state, despite the president having been accused of wanting to sell it off several times since the start of his five-year presidential term.

After urging the nation to “question the development model in which our world has been engaged for decades”, Macron recalled that “free health care, with no conditions of income, career or profession, our welfare state are not costs or burdens but precious goods. They are indispensable assets when fate strikes, which this pandemic reveals”. 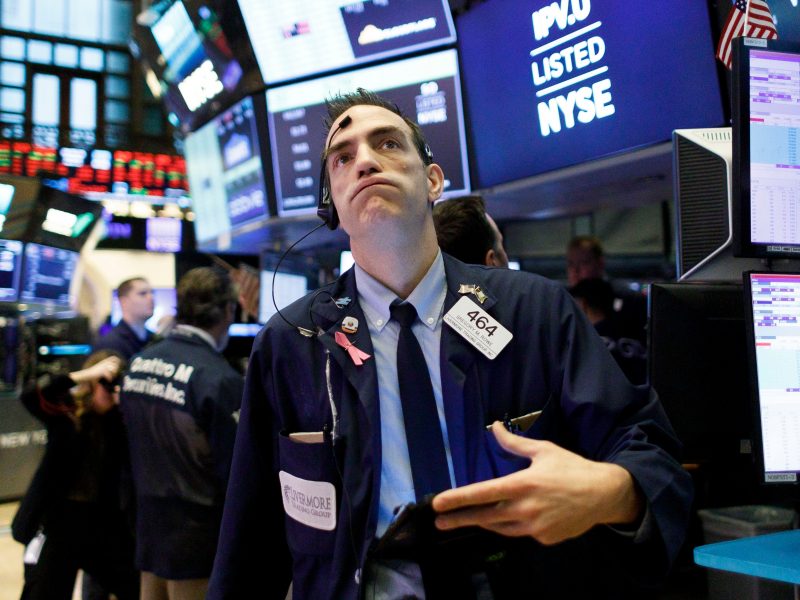 World markets experienced their worst day in decades on Thursday (12 March) as fears of a worldwide recession caused by the coronavirus pandemic wiped trillions off valuations.

One response to “Coronavirus: Macron announces drastic measures in France”