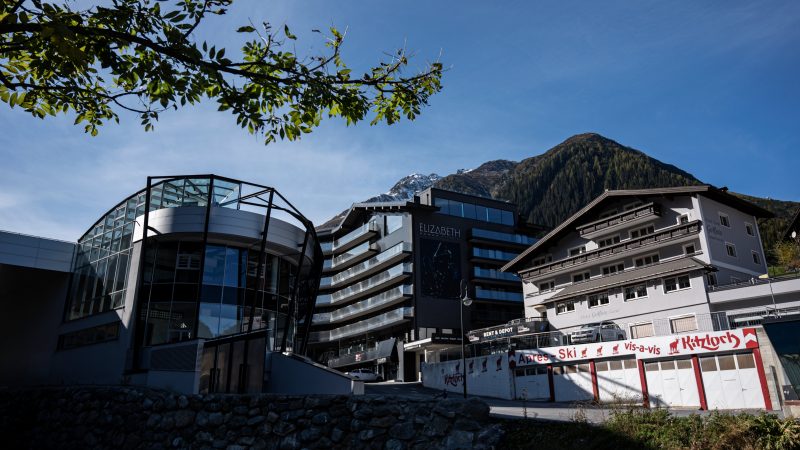 A general view of the Tyrolean winter sports town Ischgl in Ischgl, Austria, 19 October 2020. The Tyrolean ski resort Ischgl will start in the new winter sports season, under measures to stem the coronavirus and COVID-19 disease pandemic, on 26 November 2020. According to reports more than 11,000 people have become infected with the coronavirus in Ischgl earlier this year and have spread the virus in many parts of Europe. [Christian Bruna/EPA/EFE]

Germany has issued travel warnings for popular ski regions in Austria, Italy and Switzerland, scrambling to contain the spread of the coronavirus as new infection numbers rose above 10,000 a day for the first time.

While infection rates in Germany are lower than in much of Europe, they have been accelerating, with a daily rise of 11,287 cases bringing the total to 392,049. Germany’s death toll stands at 9,905.

“We still have a chance to slow the spread of the pandemic,” he said. But he said people must stick to the rules and that Germany must prepare for an uncontrolled spread of the virus.

On Wednesday, German Health Minister Jens Spahn became the latest prominent politician to test positive for the virus. His spokesman said he had symptoms of a cold but no fever. Government sources said he was fit for work.

Berlin issued new travel warnings for Switzerland, Ireland, Poland, most of Austria and some Italian regions including the popular skiing region of South Tyrol.

Britain, except the Channel Islands, the Isle of Man and the overseas territories, is also seen as a high risk area.

Under the warnings, which take effect from Saturday, travellers returning to Germany must quarantine for 10 days. Quarantine can be lifted early, if a test taken after five days comes back negative.

The surge in Germany also prompted the Danish government to warn its citizens against travel to and from Germany, except for the border state of Schleswig Holstein.

Switzerland Tourism’s spokesman Markus Berger said the news from Germany was obviously not good. The industry hoped that the situation would improve over the next one or two months.

“We assume that the winter season can go ahead,” he said.

However, there was positive news for Spain’s Canary Islands as the RKI removed it from its risk list, lifting hopes there for German tourists over Christmas and New Year.