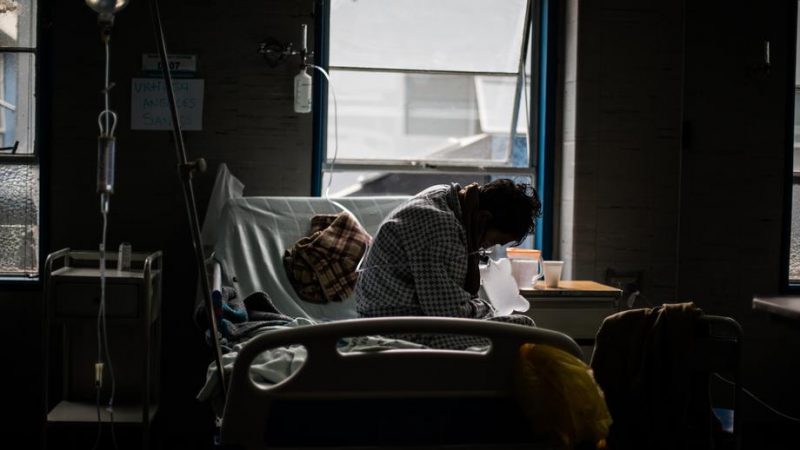 The number of COVID-19 infections around the world passed 15 million Wednesday (22 July), with Latin America and the Caribbean, one of the hardest-hit regions, notching more than four million cases.

In the United States, home to over a quarter of global infections, President Donald Trump warned that the pandemic was likely to get worse before it gets better.

The US data makes grim reading, with more than 143,000 fatalities and regular daily death tolls of more than 1,000.

Trump has been a critic of lockdown measures and has argued in favour of reopening the economy even as death tolls have climbed.

Signs are emerging in other parts of the world that the virus quickly springs back when lockdown measures are lifted.

Australia, Belgium, Hong Kong and Japanese capital Tokyo had all used restrictive measures to successfully beat outbreaks earlier in the pandemic, but all are now facing an upsurge in cases.

Australia and Hong Kong set new daily records for confirmed cases on Wednesday, and Tokyo’s governor urged residents to stay at home during a forthcoming holiday as cases climb.

Belgian officials said people must stick to social-distancing guidelines to halt a “snowball effect before it provokes a new avalanche”.

South Africa’s decision to ban the sale of alcohol and enforce a curfew continued to cause anguish, even as the country recorded a record-breaking 24-hour death toll of 572 fatalities.

“What the government has put in place has been knee-capping,” restaurateur Sean Barber said during a protest in Johannesburg. “It’s decimating our industry.”

Brazil, the world’s second hardest-hit country after the United States, has registered half of Latin America’s surging caseload, with 2.2 million infections and 82,771 deaths.

Its president, Jair Bolsonaro, again tested positive for the virus after first being diagnosed with the disease on July 7.

Peru, Mexico and Chile are also on the list of the top 10 countries by total cases, with well over 300,000 each.

The crisis has left tens of millions unemployed around the world and crippled global commerce, prompting the European Union to approve an unprecedented 750 billion euro ($858 billion) aid package for the hardest-hit member countries earlier this week.

But the airline industry continues to struggle under the weight of travel restrictions and reluctance among potential passengers to fly.

Irish carrier Ryanair said it would shut its base near the German business hub Frankfurt after pilots refused to take a pay cut.

The production of a vaccine is now key to ensuring a return to something close to normality.

More than 200 candidate drugs are being developed, with 23 having progressed to clinical trials.

The United States, which recorded over 63,000 new cases in the past 24 hours, has agreed to pay almost $2 billion for 100 million doses of a potential vaccine being developed by German firm BioNTech and US giant Pfizer.

But the firm’s chief said on Tuesday a global rollout was not imminent.

“We hope to be able to produce a vaccine by the end of the year… perhaps a little earlier if all goes well,” said Pascal Soriot.

With the sporting world just about getting back on its feet, Olympic officials conceded on Wednesday that their hopes of holding the Tokyo 2020 Games next year rested on a vaccine.

“If things continue as they are now, we couldn’t” hold the Games, said local organising committee president Yoshiro Mori.

While global efforts to prevent new infections are the principal concern of policymakers, the extent and severity of the disease in countries with struggling health systems has become clearer in recent days.

India passed the one-million infections milestone last week and is now behind only the United States and Brazil, but new data on Wednesday suggested a vast underestimate.

A study showed almost a quarter of the population in New Delhi had contracted the virus, equating to roughly five million infections in the capital city.