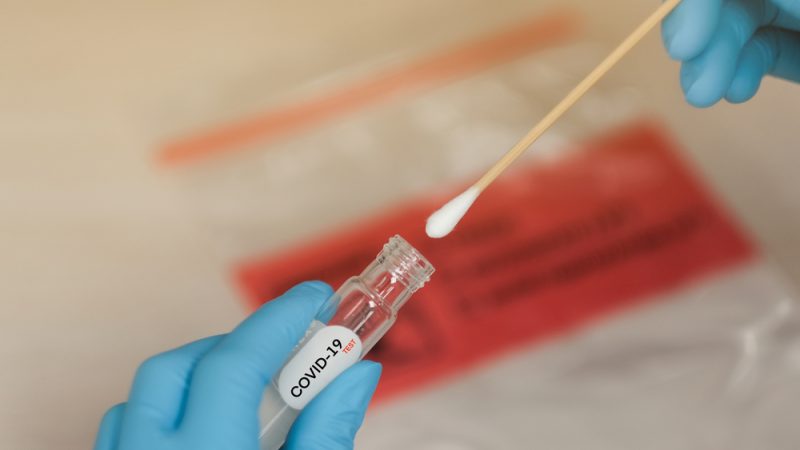 Hospital doctors added that there were already reported delays in conducting the tests which resulted in many tests remaining in hospitals and not being sent for examination. [Shutterstock/ Horth Rasur]

Greece’s national blood donation centre EKEA, which is also the main testing hub for coronavirus, has warned hospitals across the country that it can no longer perform COVID-19 tests due to their “irrational” use that has created a shortage of reagents.

“We inform you that from today (1 September) the National Blood Donation Center cannot perform the molecular test of COVID-19 for your structures. Due to the irrational use of the tests, the limit of the possibility of supplying reagents was exceeded,” EKEA said.

EKEA is the main centre that currently tests all laboratory samples for coronavirus in public hospitals sent from across the country.

The Association of Hospital Doctors of Athens and Piraeus expressed their disappointment with the whole situation.

Hospital doctors said there were already reported delays in conducting tests, which resulted in many tests remaining in hospitals instead of being sent for examination.

“The need for mass tests is described as irrational use. It’s a shame!” the association of hospital doctors said in a statement.

The issue could have a severe impact especially on patients who need surgery and must first be tested for COVID-19.

Speaking to news website IN.gr, secretary-general of hospital doctors, Ilias Sioras, said the problem was that EKEA does not have enough staff but also reagents to be able to accept so many samples in such a short time.

In recent weeks, Greece has seen a resurgence of COVID-19 cases.

Four people died on Wednesday (2 September) while 223 new coronavirus cases were reported, reaching a total of 10,757 and 273 deaths.

The government has emphasised that the resurgence basically occurred domestically. Several government officials and health experts have called on young people to be more responsible, as the number of young patients has also increased.

On the other hand, the opposition accused the government of lacking a concrete plan to face a second wave of the pandemic. Moreover, it denounced the attempt to put the blame on youth in order to hide the shortcomings in handling the health crisis, especially when Greece opened up for the tourist season.

In an interview with EURACTIV last month, Piotr Kramarz, Deputy Chief Scientist at the European Centre for Disease Prevention and Control (ECDC), said the resurgence in Europe was not due to tourism and travelling.

“Most cases occurred domestically at the community level […] In June and July, people felt a bit that the pandemic is over and relaxed their behaviour,” he said.

Greece has performed well so far when it comes to the health aspect of the pandemic. However, on the economy side, things do not look bright.

The Hellenic Statistical Authority announced today a record recession as the country’s GDP fell by 15.2% in the second quarter of 2020 compared to the same period last year.

The reason behind the dramatic fall is the lockdown period, when tourism was severely hit.

The president of the Dutch central bank, Klaas Knot, warned earlier this week that the levels of public debt in Italy and Greece would be too high to weather another recession without taking far-reaching austerity measures.

Leftist opposition leader, former Prime Minister Alexis Tsipras, warned about a winter of “social hell”, calling on the government to avoid additional austerity measures and protect the most vulnerable.

The government has at its disposal €37 billion cash reserves which can be used “for whatever reasons it deems appropriate”, sources told EURACTIV last month.