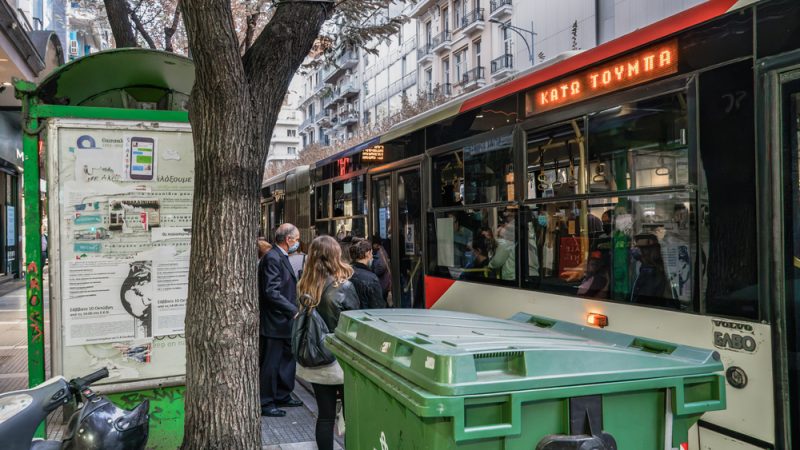 The situation is particularly problematic in Thessaloniki as the health system in the region is on the brink of absolute collapse, despite health minister Vasilis Kikilias’s announcement for the creation of additional 50 intensive care units. [Shutterstock/ Bestravelvideo]

The sharp rise of COVID-19 cases in Greece’s second-biggest city of Thessaloniki has raised eyebrows in the government, which is now trying to come up with quick solutions to avoid a tragedy similar to the one in Italy’s Bergamo during the first wave.

“Without knowing details about what is happening, but just listening to the numbers and what is described by professors and colleagues, it seems to me that Thessaloniki is not far from scenes we saw in Italy,” Manolis Dermitzakis, professor of genetics at the University of Geneva, told Skai TV.

Dermitzakis warned that things will deteriorate in the next weeks.

In the Lombardy region’s city of Bergamo, Europe’s most coronavirus-hit city during the first wave, more than 16,000 people lost their lives due to the pandemic.

The total number of deaths due to COVID-19 have reached 909 while 300 patients are currently in intensive care units.

The situation is particularly problematic in Thessaloniki as the health system in the region is on the brink of absolute collapse, although health minister Vasilis Kikilias has announced the creation of additional 50 intensive care units.

News website In.gr reported that on the table is even the expansion of hospitalisation facilities outside hospitals. One proposal is to turn the Vellideio conference centre into a patient reception area, meaning an ICU clinic with the placement of beds.

“This is a move that will show how desperate the situation in Greece’s second-biggest city,” In.grcommented.

Daphne Katsiba, president of the Association of Hospital Doctors of Thessaloniki, said the city is in a state of war.

“Unfortunately, there are not enough ICU beds and simple beds to cover all needs. There is overcrowding and the beds are not enough,” she added.

Critics suggest that a potential reason behind the surge of cases in Thessaloniki is the increased social gatherings that have been observed lately.

Greece has indeed managed to control better the situation compared to Belgium, which has a similar population, however, the re-opening of tourism may bring about a backlash.

The leftist opposition Syria party has accused the government of trying to put the blame on citizens by emphasising their individual responsibility.

The opposition says the conservative government has taken no measure to enhance the country’s already ailing health system as well as avoid overcrowding in public transport.

Many media in Greece have reported significant delays in the itineraries of buses and metro, resulting in overcrowding that prevents any social distancing.