Half of EU vaccinated as Covid returns to China’s Wuhan 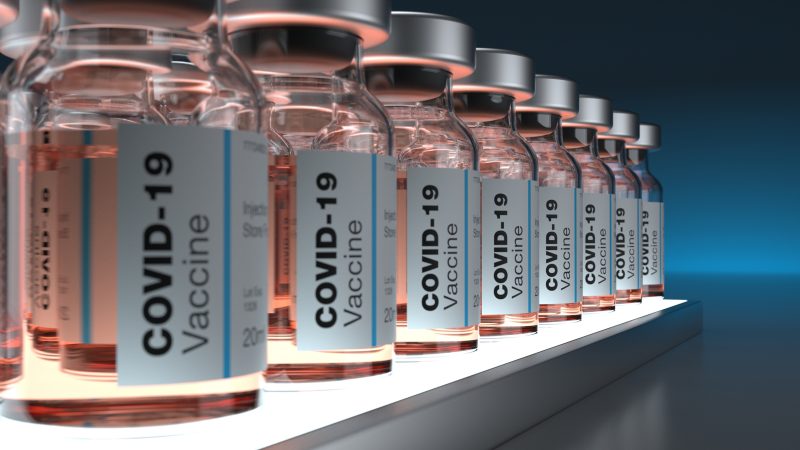 In this global effort, Portuguese Minister of Foreign Affairs invited the other members of the Community of Portuguese Speaking Countries (CPLP) to donate vaccines against COVID-19. [Shutterstock]

Half of the European Union’s population has now been fully vaccinated against Covid-19, an AFP tally showed Tuesday, as China’s Wuhan said it would test all 11 million residents after the virus returned to where it first emerged.

The highly contagious Delta variant has been driving surging infections across the world, even in places which had long touted their successes in overcoming the worst of the pandemic.

China brought domestic cases down to virtually zero after the coronavirus first emerged in Wuhan in December 2019, allowing the economy to rebound and life to return largely to normal.

But a fresh outbreak has thrown that record into jeopardy, as the fast-spreading Delta variant reaches dozens of cities after infections among airport cleaners in Nanjing sparked a chain of cases that have been reported across the country.

After Wuhan reported its first local infections in more than a year, authorities said they were launching a mass-testing program for all 11 million residents.

Mao, a 27-year-old Wuhan resident, told AFP he was “not worried” about the new outbreak because “Wuhan has accumulated rich experience” after enduring a gruelling lockdown in the early months of the pandemic.

Across China, authorities have confined the residents of entire cities to their homes, cut domestic transport links and rolled out mass testing in recent days.

Hit hard by earlier waves of the pandemic, the European Union has now fully vaccinated more than 50 percent of its population.

Spain leads the pack of larger EU countries with 58.3 percent of its population fully vaccinated, followed by Italy with 54.4 percent, France with 52.9 and Germany with 52.2 percent, according to an AFP tally.

The EU has now passed the vaccination rate of the United States — which remains on 49.7 percent — as that country suffers a new wave driven by the Delta variant that has sent hospitalisations soaring to levels not seen since last summer.

The US on Monday hit President Joe Biden’s goal of administering at least one jab to 70 percent of adults a month late — dashing hopes of declaring victory over the worst of the pandemic by Independence Day on July 4.

Officials blamed falling vaccine rates — particularly in areas where hesitancy is higher among younger people, those with less income and racial minorities — for the missed deadline as well as the soaring caseload.

“One in three cases nationwide occurred in Florida and Texas this past week.”

In a silver lining, US states that previously lagged behind are belatedly catching up according to the latest vaccination data.

In Australia, where only 15 percent of the 25-million population are fully vaccinated, authorities are relying on lockdowns to stop a Delta outbreak that has seen 3,600 cases recorded since mid-June.

Millions are still under movement restrictions in the country, and troops on Monday hit the streets of Sydney and surrounding areas, which are entering the sixth week of a lockdown set to run until the end of August.

Australian airline Qantas said it would send home 2,500 workers without pay from mid-August for two months, as the lockdowns kill demand for flights.

Nearby Indonesia has seen its Covid toll soar, recording 1,568 deaths on Monday, more than double the country with next highest number of fatalities, Russia with 788.

Also fighting a major Delta surge is Bangladesh, which extended its lockdown Tuesday and announced plans to vaccinate at least 10 million people within a week.

And Iran, the Middle East country worst hit by the pandemic, registered more than 39,000 cases on Tuesday, its highest daily figure yet.

The new record comes a day after supreme leader Ayatollah Ali Khamenei ordered that “necessary measures” be taken to contain what the government warns is a fifth wave of the country’s outbreak.