Hungarian MEP volunteers to fight coronavirus on the frontline 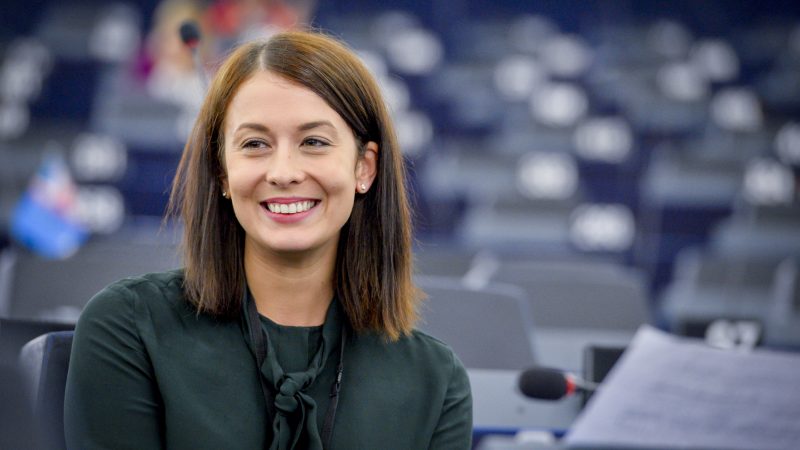 Katalin Cseh in the European Parliament in Strasbourg. [EP/DOSSMANN]

Renew Europe MEP Katalin Cseh, a medical doctor by training, has answered the call for volunteers launched by the Hungarian ministry of human resources facing a serious lack of healthcare workers.

“We, politicians often demand more action from others. Now it’s time for us to actually show why taking action is more important than words,” Cseh told EURACTIV.com

As the Hungarian healthcare system is nearing the edge of its capacity, the ministry launched a call for healthcare volunteers in order to get as many hands on deck as possible. The call was open to anyone with a healthcare-related degree, including those in training. Volunteers will be distributed evenly between different centres of care.

Some of the volunteers may be front line workers, others might help out with the testing. But hospitals, outpatient units and chronic care facilities are also in desperate need of some extra help.

“I’m yet to be assigned to a station, but I would be happy to help out wherever necessary,” she said.

Cseh, 31, graduated medicine from Semmelweis University in Budapest in 2014 and, before getting elected as an MEP, she was in a residency programme, specialising in obstetrics and gynaecology.

“Although my life took a different direction, it felt only natural that I offer my help to my community in the face of danger,” she said.

Her background as a medical doctor has made her eligible to apply to the government’s volunteering programme.

“But putting my education and degree aside, I firmly believe that elected public officials have a moral obligation to contribute with whatever they can in order to overcome crisis situations,” she added.

According to her, at a time when trust in public institutions and politicians is generally low, lawmakers have an even bigger responsibility to rebuild this trust. “And leading by example is certainly one of the most efficient ways to achieve this,” she pointed out.

The COVID-19 pandemic is putting an extraordinary strain on our communities. Hundreds of thousands of lives are at risk all around the world, and healthcare systems are crumbling under the weight of the outbreak.

As of Monday (23 March), Hungary has had 167 confirmed cases and the death toll increased to eight. “We are approximately two weeks behind Italy and Spain, authorities predict that the disease has just entered in the community spread phase,” she said.

“Unfortunately, testing is still extremely infrequent, Hungary has the lowest test per capita ratio in the entire EU – therefore the real infection rate may be considerably higher,” she said, adding that “unfortunately, people are not yet fully compliant with the social distancing measures”.

She hopes she can help raise awareness of why it is crucially important to respect these measures in order to stop the further spread of the virus.

The lawmaker mentioned extensive reporting on exhausted healthcare workers completing extremely long shifts, others falling out of line after ending up in isolation.

She said that the decision to order doctors over 65 to stay at home, which may be justified from an epidemiologic point of view, actually dealt a further blow to the Hungarian system, already weakened because of a mass exodus of younger medics over the past years.

Over the past days, a great number of healthcare workers have also expressed great worries over the widespread lack of personal protective equipment.

Asked if this experience as a volunteer could help her as an MEP too, she said the current situation could be an opportunity to build a robust and well-funded European capacity to respond to public health emergencies.

“Although the current crisis is still far from over, it has already exposed how ill-prepared Europe is to provide common solutions to a public health emergency situation,” she said, adding that the pandemic highlighted how interdependent member states’ public health systems really are.

“This is why it will not be sustainable to leave all health policies as solely national competence and build joint capacities to fight future health crises more efficiently,” she said.

For her, the extension of the RescEU programme was a promising sign but hardly enough. “We need a European Health Agency that could share, promote, and support best practices across member states as well as monitor and predict future outbreaks,” she stressed.

“We have to improve the interoperability of differing national healthcare systems, using the latest available technology to build collective intelligence through integrated information and digital services.”

In the absence of real European competences, the EU was bound to act reactively to the crisis. “That means that any action – however important it might be – was almost certainly taken too late,” she said.

Once the outbreak subsides, the EU must introduce the necessary measures that will help the continent cope with similar emergencies – “our future might depend on it,” she concluded.