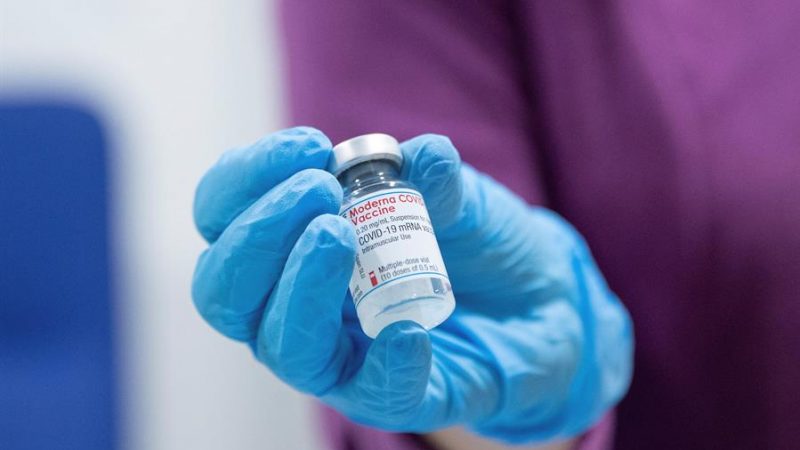 Japan decided to block the 1.63 million vaccines corresponding to three batches produced in Spain by the pharmaceutical company Rovi, responsible for the manufacture of a large part of Moderna's vaccines in the international market, and which is also investigating the causes of these quality problems.

Japan has not registered for the moment any health problems in patients inoculated with the Moderna vaccine related to the contamination detected in a batch of doses from Spain, according to sources from the county’s health ministry quoted on Friday (27 August) by EURACTIV’s partner EFE.

Japanese authorities said they continue to investigate the causes of impurities detected in the 39 vaccine vials, which led them to withdraw 1.63 million doses last Thursday that were going to be used or had already been inoculated to some patients.

Japanese Health Minister Norihisa Tamura told both Moderna and the Japanese pharmaceutical distributor Takeda to “take measures so that it does not happen again and to find the cause soon,” with a view to “avoid the concern of people who get vaccinated.”

Sources from the ministry told EFE that Japan plans to continue procuring Moderna’s supplies from Spain, the main supplier of the American pharmaceutical vaccine in the country, while the investigation is being carried out on the contaminated vials.

Japan decided to block the 1.63 million vaccines corresponding to three batches produced in Spain by the pharmaceutical company Rovi, responsible for the manufacture of a large part of Moderna’s vaccines in the international market, and which is also investigating the causes of these quality problems.

The detection of anomalous particles affects a batch of the product “distributed exclusively in Japan,” Rovi said on Thursday (26 August), in a statement addressed to the National Securities Market Commission.

“The origin of the incident in manufacturing could be in one of Rovi’s production lines that is working to provide all the information and collaboration that allows progress in the investigation,” the company explained.

Most of the blocked batches had already been distributed in mass vaccination centres in Japan, companies and other agencies in charge of inoculation, and a part of the vaccines had already been used in patients, according to the Japanese authorities. They did not specify how many people received vaccines from the batches.

Authorities are keeping the batches in question for now, pending the results of the investigation, to determine if they could be used or if they would carry health risks.