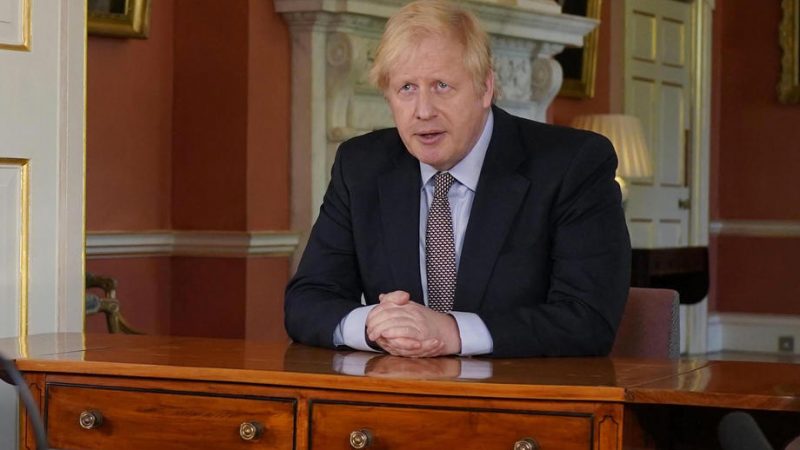 The UK will gradually begin to relax deconfinement measures this week, with people encouraged to return to work and unlimited exercise to be allowed, Boris Johnson announced Sunday (10 May).

The United Kingdom will gradually begin to relax confinement measures this week, with people encouraged to return to work and unlimited exercise to be allowed, Prime Minister Boris Johnson announced Sunday (10 May).

However, his plan was immediately criticised as ‘lacking clarity’ by opposition leaders.

In a televised address, Johnson began the process of phasing out the lockdown, saying that while people should continue to work from home if possible, construction and manufacturing workers would be encouraged to go to work. However, people should avoid using public transport, which will continue to operate at around 10% capacity, said Johnson.

“This is not the time simply to end the lockdown this week. Instead, we are taking the first careful steps to modify our measures,” said Johnson.

The government plan will see shops and primary schools re-opened from 1 June, while hospitality businesses and other public places could reopen – “if the numbers support it” – on 1 July, Johnson said.

Johnson stressed that the plan was “conditional” and would depend on the infection rate remaining low, as well as other criteria including a sustained and consistent fall in the death rate, testing for coronavirus, and the availability of critical care facilities.

“We will not hesitate to put on the brakes…it is coming down the mountain that is often the hardest.”

The UK has the highest death toll in Europe from coronavirus and the government has been criticised for being slow to impose lockdown measures and develop its testing capacity, and for struggling to procure personal protective equipment for health workers.

Johnson said that the death toll was “tragic” and “suffering immense”, but added that the lockdown had helped the UK to avoid “being engulfed by a catastrophe…in which the reasonable assumption was 500,000 (fatalities)”.

“It would be madness now to risk a second spike,” he said.

The prime minister has been under pressure to announce plans for a gradual return to economic activity that has been decimated by the pandemic.

After a bank holiday weekend in which people flocked to parks and beaches, the other main short-term move announced by Johnson was that non-contact outdoor sports and unlimited exercise will be allowed to re-start from Wednesday (13 May). However, there was no detail on when team sport will re-start.

The measures will be presented in detail to UK lawmakers on Monday evening.

While Johnson insisted that there was “genuine consensus” among the four countries of the UK, there are cracks emerging.

The devolved governments in Scotland and Wales, who have powers over their own lockdown restrictions, said they would not change their advice that people should continue to stay at home. The Northern Ireland executive, meanwhile, will consider its own plans on Monday.

Labour leader Sir Keir Starmer said Johnson’s speech lacked “clarity and consensus” and raised “as many questions as it answers”.

“The prime minister appears to be effectively telling millions of people to go back to work without a clear plan for safety or clear guidance as to how to get there without using public transport. What the country wanted tonight was clarity and consensus, but we haven’t got either of those.” Starmer added.

Meanwhile, the UK will also impose quarantine requirements on people coming into the country, although Johnson and French President Emmanuel Macron swiftly confirmed that quarantine rules would not apply to travel between the two countries.