Lisbon residents confined to region at weekends as COVID spikes 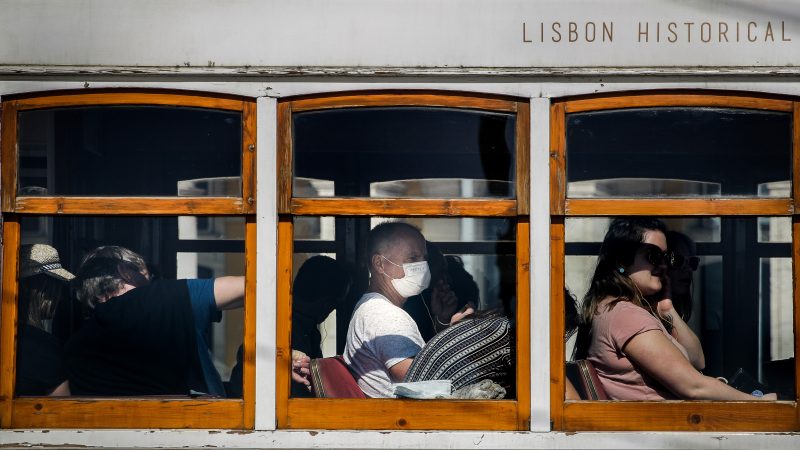 File photo.A tourist wears a protective face mask amid the ongoing pandemic of the COVID-19 inside a tram at downtown Lisbon, Portugal, 14 March 2020. [EPA-EFE/MARIO CRUZ]

Residents of the Lisbon region will not be allowed to leave the area at weekends as authorities scramble to control a spike in COVID-19 infections, the government said on Thursday (17 June).

People living in the 18 municipalities of Lisbon’s metropolitan area will be banned from leaving from 3 p.m. on Friday until 6 a.m on Monday. Those living outside the area will not be allowed in.

Coronavirus cases in Portugal, population 10 million, jumped by 1,350 on Wednesday, the biggest increase since late February.

Most new cases were reported in and around Lisbon.

“The government made this decision so the situation in Lisbon does not spread to the rest of the country,” Cabinet Minister Mariana Silva Vieira told a news conference.

The jump in infections comes less than a month after Portugal opened to visitors from the European Union and Britain.

Vieira da Silva said the situation could be worse in Lisbon than other areas due to the Delta coronavirus variant, which was first identified in India but is rapidly spreading in Britain.

Foreign tourists visiting Lisbon are exempt from the weekend rule and can still travel to and from the area.

The number of people in need of hospital care has slightly increased in recent days.