The Chancellor said that the country is well-prepared and ready to take further steps to contain the virus. "We will do what is necessary," Merkel added. EPA-EFE/OMER MESSINGER

German Chancellor Angela Merkel made her first public statement about the coronavirus epidemic on Wednesday (11 March), saying that financial reserves and good emergency mechanisms make Germany well-prepared. “We will do what is necessary,” she added. EURACTIV Germany reports.

Merkel considers Germany’s economy to be well-equipped to face the coronavirus crisis, adding that it has sufficient financial reserves and good emergency instruments to release additional funds and maintain economic life, she told a press conference in Berlin.

She referred to the German infection protection law, continued wage payments, the newly increased short-time work allowance, and liquidity aids for small and medium-sized businesses, which are to be introduced this week.

The Chancellor said the country is well-prepared and ready to take further steps to contain the virus.

“We will do what is necessary,” Merkel added.

On Monday, Germany’s Grand Coalition of the conservative union (CDU/CSU) and the Social Democrats (SPD) agreed in a seven-hour meeting on a package of measures to get rapid financial aid underway. Thus, federal investments are to be increased by €3.1 billion between 2021 and 2024.

In addition, the federal cabinet decided on Tuesday to extend the short-time work allowance to prevent employees from having to be laid off due to the current slump in orders. Besides, the country’s labour ministry plans to relax the Sunday work ban to prevent supply bottlenecks.

On Friday (13 March), a crisis meeting will take place in the Chancellor’s office, where they will discuss additional economic policy measures to address the crisis, together with employers and unions.

In its first video conference on Tuesday, the European Council decided to relax state aid rules and use the flexibility of the Stability and Growth Pact to allow governments additional financial leeway to fight off the virus.

European Commission President Ursula von der Leyen also promised a €25 billion investment initiative to support particularly affected sectors. The money is to come from the available reserves of the European structural and investment funds, which would typically be returned to the EU member states.

Merkel said today it remained ti be seen whether waiving repayments is the best way forward, but she did not expect any problems in implementing the Commission’s investment package.

“It will not fail because of Germany,” the Chancellor noted. 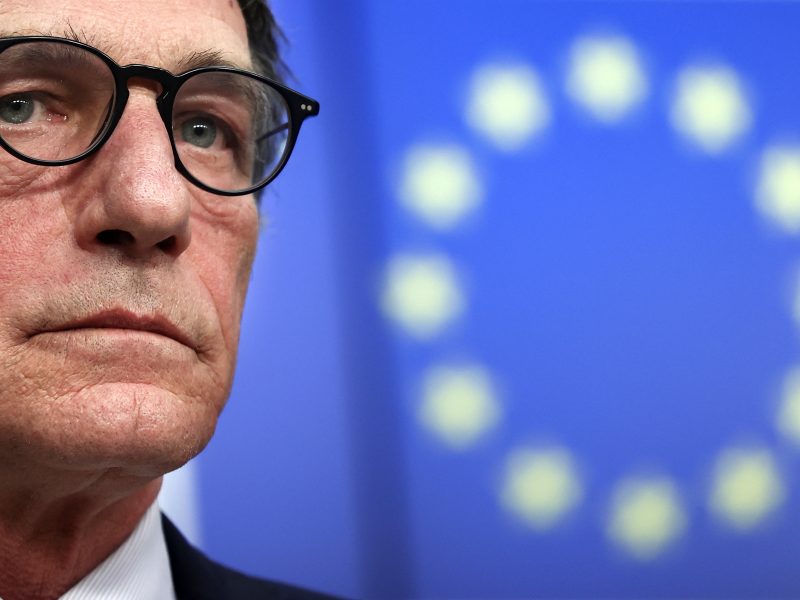 Lawmakers from different political groups rose against the decision of European Parliament president David Sassoli to go ahead with the Parliament’s plenary this week despite the high health risks concerning a potential novel coronavirus (COVID-19) spread in the EU institutions.

Border closures are “not adequate means”

At yesterday’s EU Council videoconference, EU leaders agreed to coordinate as closely as possible at the EU level and act in solidarity, Merkel said, adding that the closing of borders, like in Italy, would not be an “adequate means”.

Nevertheless, the German government’s coronavirus crisis team this week banned its exports of respirators and other medical equipment.

This does not mean a complete export stop, Health Minister Jens Spahn (CDU) stressed at today’s press conference, saying it was a matter of preventing sales to the highest bidders instead.

This week, however, decisions should be taken to allow necessary exports after all.

On the subject of border closures, Spahn commented that it was not a question of isolating oneself in the EU, but instead, one of “slowing down the spread of the virus in such a way that no national health system is overtaxed”.

The Robert Koch Institute assumes that the coronavirus will affect around 60% to 70% of people in the long run.

At present, 1,300 people have been infected in Germany and two have died as a result of contracting the virus.