"I am prepared to take stock at the end of the pandemic. Then we can see what we did wrong and what we did right," the Commission's vice-president added. [EPA-EFE/FRANCOIS LENOIR]

The European Commission Vice-President Frans Timmermans has admitted that mistakes were made in Brussels when COVID-19 vaccines were being ordered and suggested taking stock “at the end of the pandemic” of what went wrong and what was done right. EURACTIV’s partner Der Tagesspiegel reports.

One of the most vocal critics, Austria’s Chancellor Sebastian Kurz, accused the EU on Friday (12 March) of unfairly distributing COVID-19 vaccines among member states, highlighting that certain EU countries have several times more vaccines than others.

“It is true that mistakes were made in the ordering of vaccines both in Brussels and in the member states,” Timmermans told the Tagesspiegel.

“I am prepared to take stock at the end of the pandemic. Then we can see what we did wrong and what we did right,” the Commission’s vice-president added.

“Citizens demand that we deliver the vaccine as soon as possible,” Timmermans said, adding that “the whole of Europe needs a vaccine.”

The Dutchman, however, insisted that the EU’s joint vaccine order was the right thing to do, although a European approach was “also in the interest of richer states” like Germany. 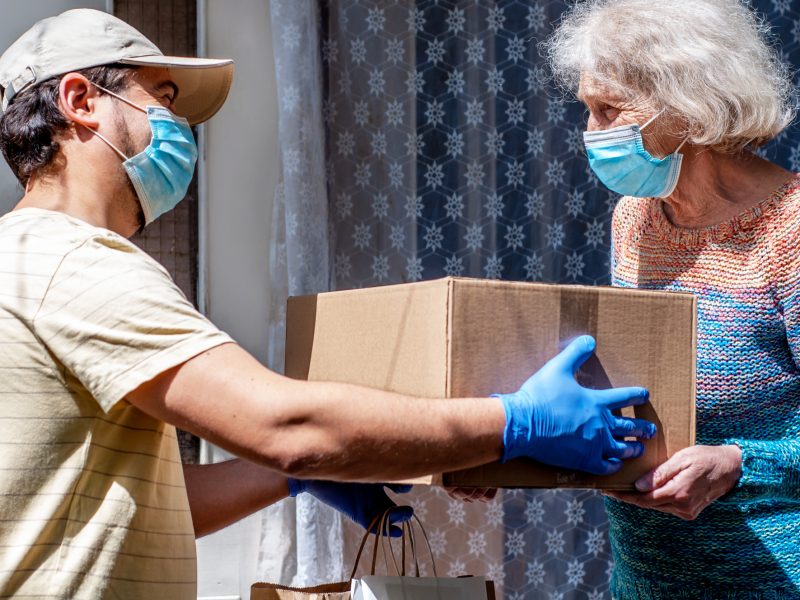 Timmermans, the Commission’s European Green Deal chief, was also concerned about the rising greenhouse gas emissions in China and other Asian countries. Since the bloc has set itself the goal – under its Green Deal – of going carbon neutral by 2050, Timmermans believes that now is the time for a climate policy transformation.

“This can also be well justified with the pandemic: During the corona crisis, it is precisely the younger generation that has been showing solidarity with the elderly. Wouldn’t it thus be about time that we now showed solidarity with our children and grandchildren when it comes to climate protection?”

Moreover, Timmermans also agreed with US climate envoy John Kerry that without a turnaround in the coming years, it will no longer be possible to limit the temperature increase to 1.5 degrees compared to pre-industrial times.

“And then our children will fight wars because of the scarcity of water or food,” Timmermans said. 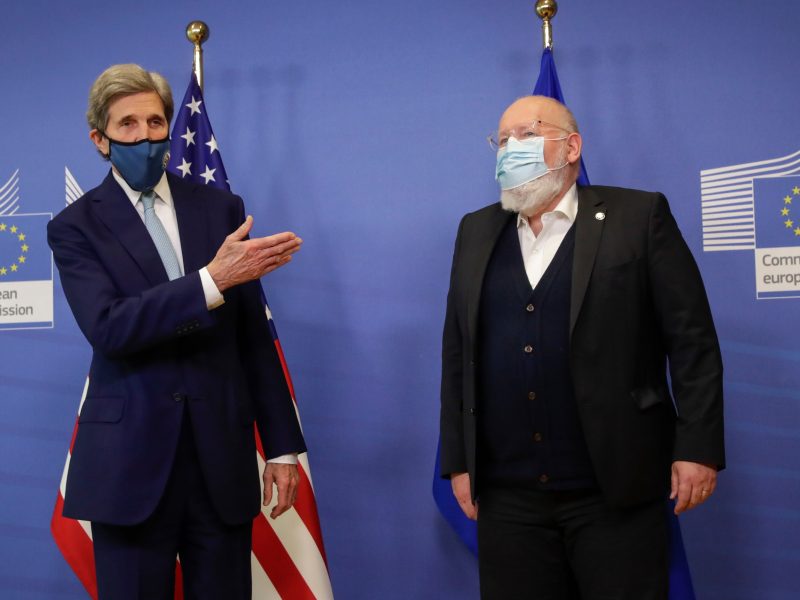 The EU and Washington need to align to tackle climate change, US envoy John Kerry said in Brussels on Tuesday (9 March), confirming the new US administration’s policy shift away from Donald Trump’s roll back of environmental protections.

When it comes to the car industry, Timmermans predicted a deep shift in the face of climate change. “There will still be many jobs in the industry in the future, but they will be different,” he said, noting that Europe’s automotive industry has been slower to embrace electric mobility than companies in other parts of the world.

Nevertheless, Timmermans expressed confidence that the passenger car industry in the EU could quickly achieve the widespread introduction of e-cars. While many are still unable to afford such cars these days, many are eager to make the switch, he added.

The European Commission wants to propose stricter CO2 limits by the summer despite the car industry showing “a great deal of resistance”, he added. However, although the industry has repeatedly said that this would be impossible to achieve, only “last year, we have seen that the automotive industry has managed it after all,” Timmermans added.

The EU executive has always said that the project was not necessary for the EU’s energy supply. However, Timmermans did admit that because “Nord Stream 2 exists […] the Commission has to make sure that Nord Stream 2 is used in accordance with EU rules. Russia may not like that. But these are the EU rules.”

According to EU rules, the pipeline must not jeopardise the security of Europe’s energy supply. 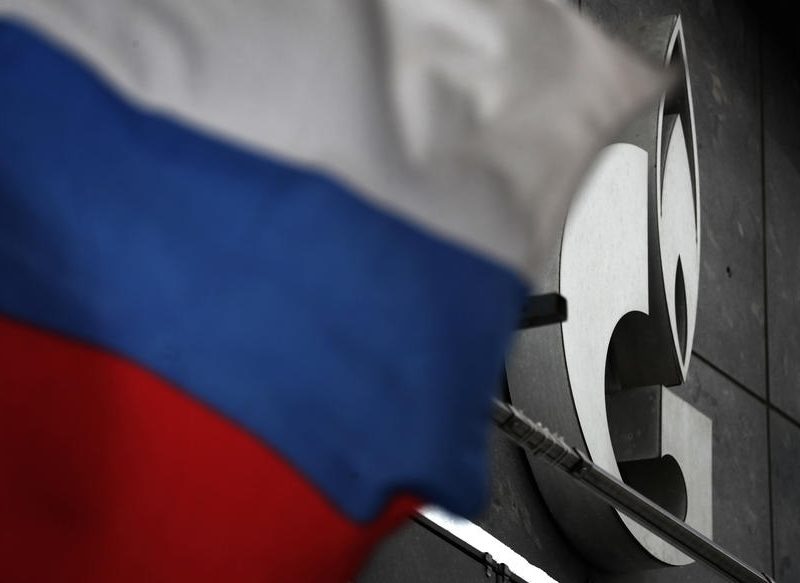