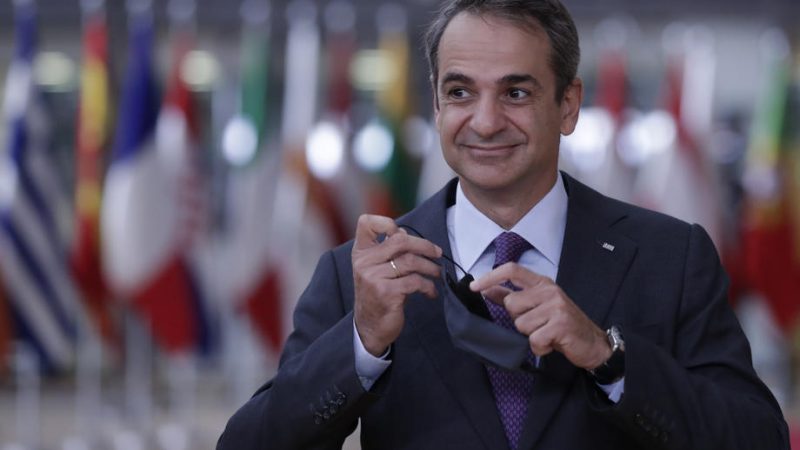 Most pro-government media did not publish the video at all, but Greeks reacted strongly on social media, considering that the hospitality sector in the country has been shut down for months now with thousands of SMEs being on the edge of collapse. [EPA-EFE/OLIVIER HOSLET]

Greek Prime Minister Kyriakos Mitsotakis has been caught breaking the confinement rules for a second time since the beginning of the pandemic. This time he is seen in a video having lunch with dozens of people, as if safety measures didn’t apply for him.

The move has triggered strong reactions in a country where the strictest rules, close to a total lockdown, have been enforced.

The video showing Mitsotakis having lunch with approximately 40 people on the island of Ikaria, where he paid a visit during the weekend, is making waves in social media.

The scene takes place at the residence of the local New Democracy lawmaker Christodoulos Stefanadis, where Mistotakis was invited for lunch after he visited the vaccination centre of the island.

The same day, the government imposed tougher lockdown measures and a curfew starting at 06:00 p.m. on weekends, forcing Greek citizens to stay home to avoid a third wave of the pandemic. 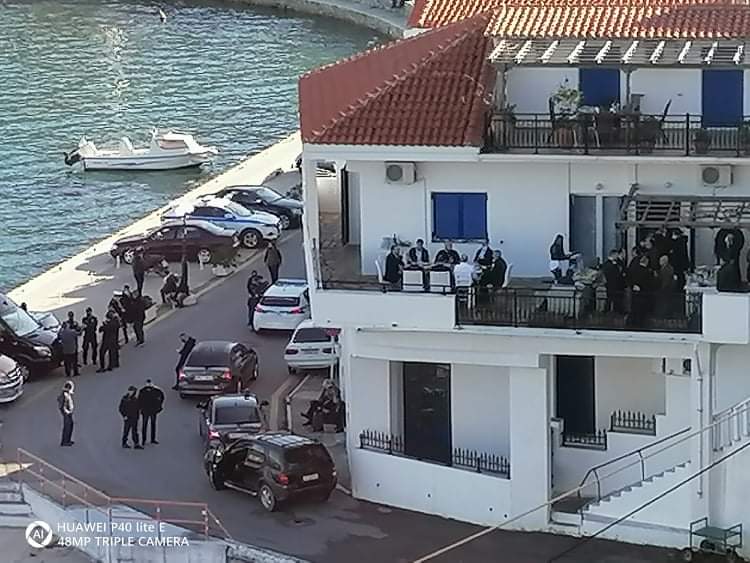 A couple of months earlier, posts on Facebook showed Mitsotakis exercising on a mountain near Athens and posing for photos with passers-by without wearing a mask.

At that time, he admitted his mistake and attributed it to “unconsciousness”.

“Obviously, it is no longer recurring carelessness, but deep arrogance. I have the power and I do what I want. Why? Because I can,” Tsipras added.

Most pro-government media did not publish the video, but Greeks voiced outrage in social media at such feast at a time when the hospitality sector in the country is shut down for months now, with thousands of SMEs being on the edge of collapse.

The local politician tried to find excuses saying that he invited Mitsotakis at his place for a quick snack.

“During the lunch, all the measures required by the pandemic protocols were observed,” Stefanadis said.

The conservative government officially reacted almost a day later, putting the blame on the opposition.

Government spokesman Christos Tarantilis said all safety measures were applied and accused Tsipras of choosing the tactics of “division and disorientation”.

“In the future tours of the prime minister, every possible attention will be paid so that no wrong image is created,” he added.

A total 403 new variants coronavirus strains have been identified in Greece, of which 6 are related to the South African mutation, and all the rest to the British.

Greek media report that the country is close to a full lockdown as the health system will not be able to cope with a third wave of the pandemic.