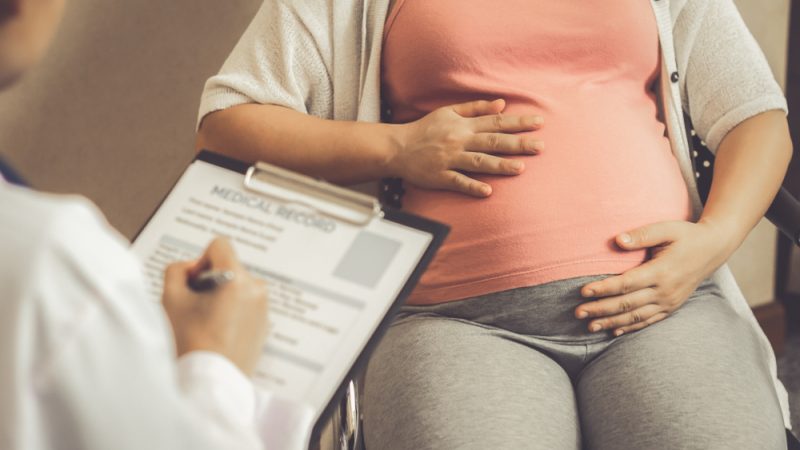 Women and babies have experienced worse health outcomes due to the disruption caused by the pandemic, researchers say. [Blue Planet Studio / SHUTTERSTOCK]

Pregnancy outcomes for mothers and babies have worsened during the COVID-19 pandemic, according to a new Lancet study published on Wednesday (31 March), with researchers now calling for more priority to be given to maternity care during the health crisis.

The study, which reviewed data from 40 studies across 17 countries, including several EU countries, with data from more than six million pregnancies, provides a “clear indication” that women and babies have experienced worse health outcomes due to the disruption caused by the pandemic, researchers say.

It concluded that the chances of stillbirth increased by more than a quarter compared with pre-pandemic instances, and that the pandemic also saw an increase in maternal death rates.

Given that ectopic pregnancies can typically be treated with medication if discovered early, this may be an indication that women delayed seeking medical care out of fear of infection, or that there was a reduced provision of maternity services, the study suggested.

It also highlighted that mental health outcomes worsened during the pandemic, with six out of the 10 studies included in the analysis that focused on maternal mental health reporting an increase in postnatal depression, maternal anxiety, or both.

Researchers now say immediate action is required to preserve safe maternity care worldwide, especially during the global emergency, stressing the need to prioritise safe, accessible, and equitable maternity care within the strategic response to this pandemic and in future health crises.

Asma Khalil, the lead author of the study, of the St George’s University of London, said the disruption caused by the pandemic has “led to the avoidable deaths of both mothers and babies, especially in low- and middle-income countries”.

“We urge policymakers and health care leaders to prioritise safe, accessible, and equitable maternity care within the strategic response to the pandemic and aftermath, to reduce adverse pregnancy outcomes worldwide,” she said.

Erkan Kalafat, a co-author of the study from Koc University, Turkey, emphasised that lessons from the COVID-19 pandemic must be learned to plan for a future of maternity care worldwide.

Highlighting the need to dig deeper into the findings, Kalafat said that one such learning opportunity will be to “investigate the mechanisms underlying the apparent reduction in pre-term births observed in high-income settings during the pandemic.

In this way, new preventative interventions could be identified that could potentially benefit women worldwide, he said.

For example, the study found a statistically significant increase during pandemic on stillbirth, induction of labour, ruptured ectopic pregnancy that needed surgical intervention and postnatal depression was reported in single-centre studies in Italy.

Notably, the odds of preterm birth were reduced in both the Netherlands and Italy during the pandemic. The research suggests that a drop in spontaneous pre-term birth is a reason behind a lower number of preterm birth cases.

Researchers conclude this indicates that it is likely that this was brought about by changes in health care delivery and population behaviours, which may also offer valuable insights into understanding the mechanisms underlying preterm birth.