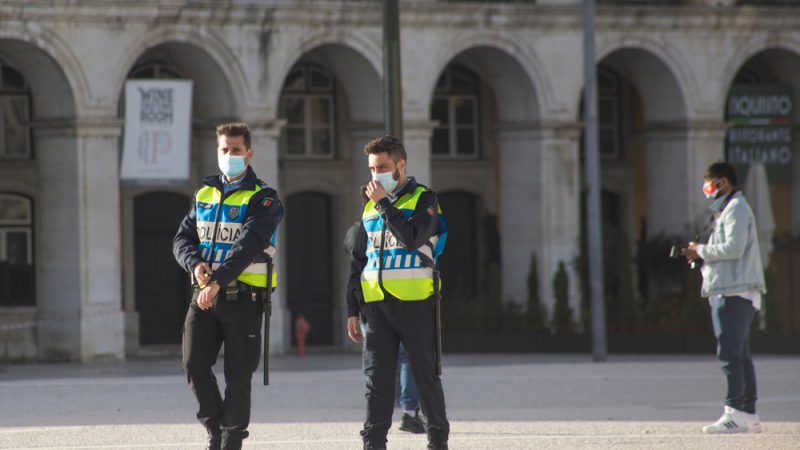 The time has come to adopt "new measures" that involve citizens, families, businesses and all public sector entities, noting that mainland Portugal will return to a state of emergency for the second time this year on 1 December. [Shutterstock/ Luis Boza]

Vaccinated people will need to show a negative test to enter sports venues and cultural events despite the country’s high vaccination rate, said Prime Minister António Costa. Portugal “is not as well” as I wanted, he added.

On Thursday, the cabinet meeting decided to adopt new measures to control the pandemic following an increase in the number of new COVID-19 cases.

In a press conference, Costa said the worsening situation had led to increased hospitalisations and deaths.

The time has come to adopt “new measures” that involve citizens, families, businesses and all public sector entities, noting that mainland Portugal will return to a state of emergency for the second time this year on 1 December.

The use of masks will again be mandatory in all enclosed spaces, and negative tests will have to be presented when entering sports and cultural events, even for vaccinated people. At the moment, sporting events have no spectator limit and only require the presentation of a COVID certificate or a negative test.

The COVID certificate will again be mandatory to access restaurants, tourist establishments, local accommodations and gyms. Access to care homes, healthcare facilities, and major cultural or sporting events will require a negative SARS-CoV-2 test result, even for the vaccinated.

If the technical commission approves the vaccination, vaccines will be made available from 20 December to 5-11-year-olds. Costa confirmed that the government had contracted paediatric vaccines with Pfizer for more than 600,000 children in this age group.

Remote working is recommended again and compulsory between 2-9 January, a week of contact limitation after the Christmas and end of year festivities. Teleworking had stopped being recommended on 1 October.

According to the National Statistics Institute (INE), the proportion of the population employed in remote working was 12.7% in the third quarter, equivalent to 617,600 people.

Costa also told the press conference that the return to school after the Christmas break would be delayed by five days to 10 January. These five days would be offset “by reducing the Carnival break by two days and the Easter holiday by three days, he said, adding that the extra delays would avoid cross-contamination after the holiday period.

The PM also announced on Thursday that airlines carrying passengers without a negative test would be fined €20,000 per person.

“The tests are now mandatory for any entry into Portugal, no matter who they are or where they are coming from,” said Costa.

“All airlines must only allow people to board flights to Portugal who prove they have been properly tested and cannot carry anyone who is not properly tested,” he added.

According to official data released on Thursday, Portugal has recorded 3,150 new COVID-19 cases and 15 related deaths, in addition to a further increase in the number of patients in the hospital. According to the health authority (DGS), 691 people are now hospitalised, 10 more than on Wednesday, of which 103 are in intensive care units, two fewer than the day before.