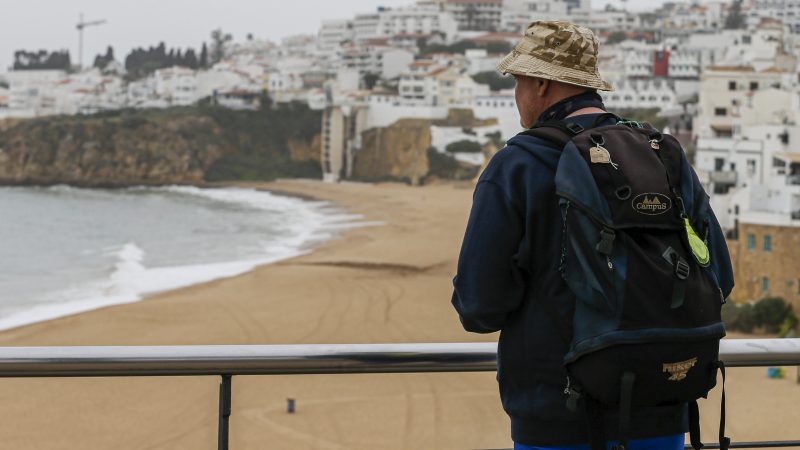 Portugal will open to tourists from nearly all European countries from Monday (17 May), the interior ministry said, following months of restrictions to prevent the spread of Covid-19.

The vacation hotspot hopes to jump-start a tourism comeback after one of the country’s most vital industries was brought to a standstill by the pandemic.

Travellers from most EU countries, the 26-nation Schengen Area and the UK can make “all types of visits to Portugal, including even non-essential visits,” the ministry said in a statement on Saturday.

But travel from countries with coronavirus rates above 500 cases per 100,000 residents during the last 14 days will remain restricted to essential trips — currently affecting Cyprus, Croatia, Lithuania, the Netherlands and Sweden.

Under the rules, all passengers above two years old heading to the country will still have to present a negative PCR Covid-19 test taken within 72 hours before embarking.

Airlines that allow passengers to travel without the test will face a fine of between €500 and €2,000 per passenger.

The announcement came a day after Lisbon lifted restrictions on Britain, one of its most important sources of tourists, which sent some two million visitors to Portugal annually before Covid-19 hit.

Over the winter Portugal saw one of the worst spreads of coronavirus and for weeks had more new cases relative to its population than any other country.

But anti-virus measures appear to have paid off and on 1 May the country began to gradually ease restrictions — so far with no surge in cases.

Portugal — along with the UK — currently has one of the lowest virus rates in Europe.

London has even placed Portugal on its “green list” of 12 countries to which its residents may travel and return without being required to quarantine.

“Portugal is the only European Union country that is on that list,” tourism minister Rita Marques told AFP.

She added that “the closeness between the two countries means it’s important to prioritise that market”.

Travel agent Jacqueline Steadman planned to go to Faro, the main town in the southern Algarve region and a popular holiday destination, to get ready to meet with clients again.

“I think there will be a lot of tourists in Algarve next week,” she told AFP.

Thousands of British football fans are also expected to travel to Porto in the north of Portugal for the Champions league final between Manchester City and Chelsea.

Such activity is key to the country’s economic recovery after a disastrous year for the sector in 2020.

Last year tourism accounted for 6.3% of Portuguese GDP, as opposed to 11.8% the previous year.