Put your money where your mouth is, European doctors urge EU leaders 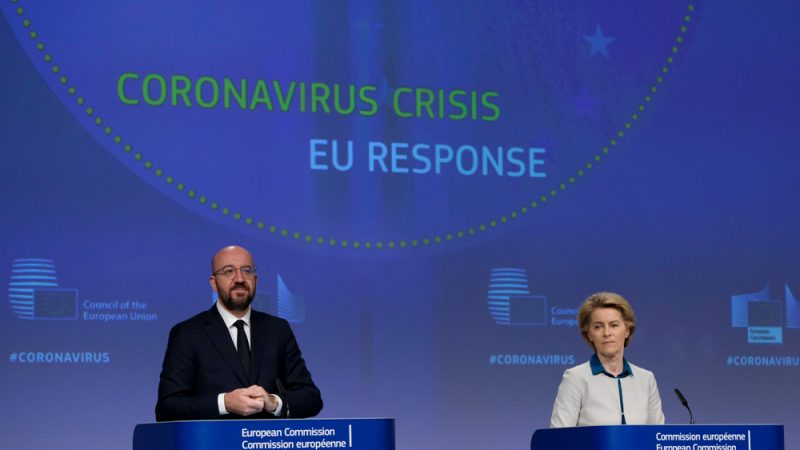 “Although the goals may be set correctly, they will remain empty words unless they are supported by an adequate budget,” European doctors warned. [SHUTTERSTOCK]

The Standing Committee of European Doctors (CPME), who represent national medical associations at the EU level, have highlighted the gap between the discourse early on in the pandemic compared to now, saying that convictions have faded in the interim.

“At the start of the pandemic, policy-makers all over Europe were emphasising the importance of robust health systems, praising healthcare professionals for their dedication and assuring citizens that their health and wellbeing is their top priority,” Piotr Kolczyński, CPME’s legal adviser, said in their November newsletter

However, he added that over the following months, these beliefs “gradually faded” with the announcement of a cut to the recovery fund dedicated to health, which was slashed by €7.7 billion.

In its stimulus package launched in May to recover from the pandemic, the European Commission proposed a €9.4 billion EU4Health Programme for strengthening the resilience of health systems, increasing coordination on public health and enhancing crisis management.

But this figure was reduced to a mere €1.7 billion after pressure from the so-called frugal countries – Austria, Denmark, Netherlands, Sweden – at July’s EU summit.

Condemning the decision, Kolczyński said it demonstrates that it is “cheap and easy to applaud those who have risked their lives to combat COVID-19”, but when it comes to making decisions, European leaders “turn away from their declarations and scale down their health ambitions”.

According to the CPME’s legal expert, European policy-makers must provide the EU with the means to deliver on its ambitions and prove that they put the health of its citizens before industrial and commercial interests.

The calls come after European Commission President Ursula von der Leyen highlighted the need to build a stronger European Health Union in her first state of the union speech and lashed out at the member states for having scrapped the ambitious EU4Health programme embedded in the recovery fund.

Von der Leyen vowed to remedy this by teaming up with the Parliament to restore, at least partially, the funding “for a future-proof EU4Health programme”.

The ambition to raise the EU4Health programme was recently backed by MEPs in the Parliament’s Committee on the Environment, Public Health and Food Safety, who adopted its report on the programme for the EU’s action in the health sector last month.

In doing so, MEPs lent their support for restoring the health budget back to its former glory as originally proposed by the Commission, saying this is needed to fill gaps exposed by COVID-19 and ensure that health systems can face future threats to public health.

The Parliament’s rapporteur for the EU’s 2021 annual budget, French socialist Pierre Larrouturou, is currently on hunger strike to protest heavy cuts for health and climate imposed by the member states.

The Parliament is expected to vote on this report during the November plenary session, after which it must prepare for negotiations with member states with the aim of implementing the programme from the beginning of 2021.