As some Brussels cafes reopened after almost three months of lockdown, thirsty Belgian drinkers were more than ready.

But at L’Union, a beloved neighbourhood bar in the St Gilles district of the capital they had to bide their time a little longer – and give each other a little space.

At 9:30 am the first man who orders a draught is disappointed

He opts for a green tea and counts down the minutes.

But the cafe, which like many in this city owes 60% of its turnover to beer, is gearing up to return to business, and make up for lost time.

Already, as the record-breaking sunshine of the coronavirus lockdown gives way to the more typical chilly drizzle and slate skies of spring, 50 people have turned up.

Cooped up couples, old friends, the lonely elderly, teleworkers with laptops have stormed L’Union for coffee and biscuits even before the eponymous house beer starts to flow.

“I was a bit worried beforehand,” admits 58-year-old Bart Lemmens, who has run the quirky bar with its mismatched chairs and metal-topped bar for a quarter of a century.

“We’re not a gastronomic place. We work to create a convivial atmosphere. I was afraid we’d lose that. But what happened? We were invaded,” he jokes.

Things are not exactly as they were before, however. Staff numbers have been cut, and the tables have been pushed further apart to create a safer distance. 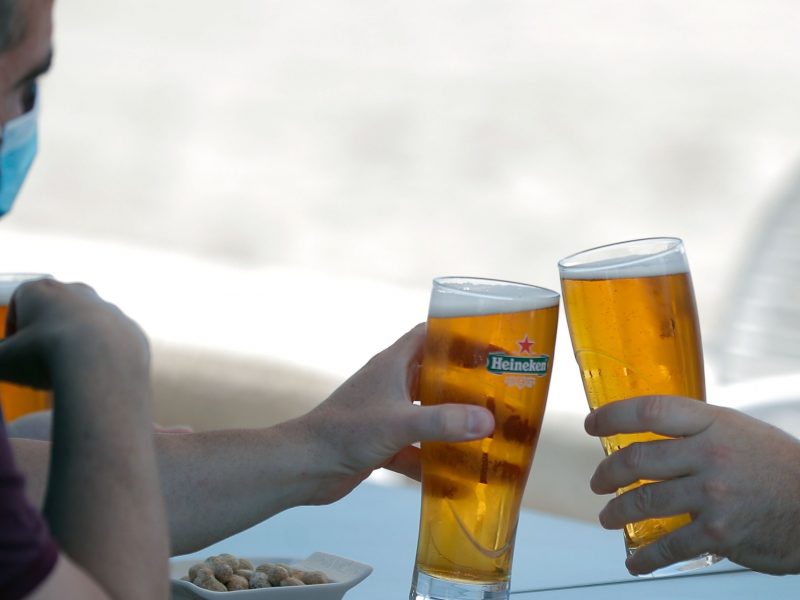 As bars across Europe gradually reopen, up to a million free or pre-paid beers are waiting to lure back wary consumers.

Lemmens had been worried about “playing the cop” to ensure that social distancing guidelines are respected, but so far his loyal customer base has been well behaved.

“Hi there, chief! Do I get a kiss?” demands one early arrival. They pause, they smile, then a quick peck on the cheek, Belgian-style: “Let’s live dangerously”.

Across town in a shopping district of Etterbeek, there are similar scenes, and in the “Petit Paris” cafe the landlord is too busy with relieved clients to speak.

“I’m glad. I missed the social side of life,” says 66-year-old Jacques, taking a coffee after dropping a friend off at a nearby hospital.

He has come in from the Flemish suburbs of the city and is glad that, with the bars open again, there will be somewhere where he can answer a call of nature while waiting for news.

Away from the ordinary working districts of the city, things are less busy.

Signs posted on the bar immediately across from the European Union’s Berlaymont headquarters that serves journalists and diplomats say it will not reopen until June 15.

And the swanky Le Voltaire in the leafy residential streets of southern Ixelles, a popular expat hangout, has dropped table service in favour of becoming a high-end deli.

Things were slow to get started in the tourist heart of the old city, too, where the famous bars in the old guild building around the Grand Place have extended their terraces further into the square.

Even if the Belgian taste for beer appears undimmed, the epidemic — which at its height was killing more Belgians per capita than almost anywhere else — will leave its scars.

On Friday, Prime Minister Sophie Wilmes announced that state measures to support furloughed workers and to reduce VAT on the hospitality sector would continue until the end of the year.

Every resident of Belgium will get a rail pass allowing them 10 trips inside the country to support tourism during a summer season when few are visiting from outside.

And employers will be urged to hand out €300 “catering checks” – tax deductible – to encourage their remaining employees to head to the bars and buy a few rounds. 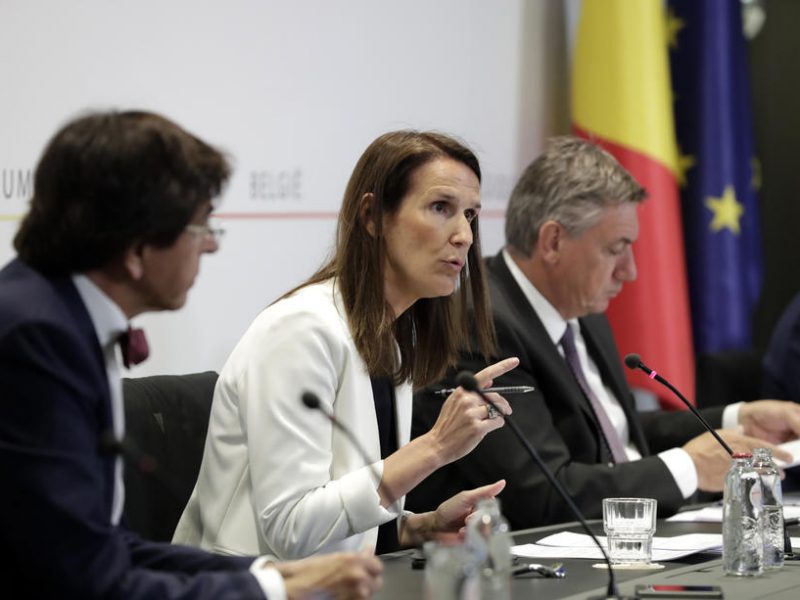 Belgium is set to enter Phase 3 of deconfinement measures next week, with a reopening of hotels, bars and restaurants and eased tourism restrictions, the National Security Council (CNS) said on Wednesday (3 June).