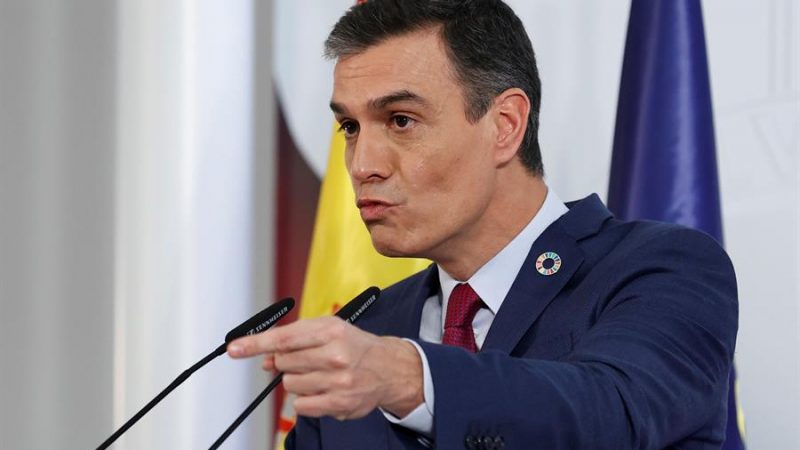 Official sources quoted by El País on Wednesday said the use of face masks will no longer be mandatory in public spaces provided there are few people and social distancing can be observed. [EFE/Chema Moya]

Face masks worn in order to prevent the spread of the coronavirus may “soon” become a thing of the past in public spaces, Spain’s socialist Prime Minister Pedro Sánchez has announced. EURACTIV’s partner EFE reported.

“Soon we will abandon the masks in the streets,” Sánchez said on Wednesday (16 June) at the opening of the Spain-Korea Business Forum in Madrid. Sanchez was accompanied by Korean President Moon Jae-in.

The relaxation of the outdoor face mask rule is supported by data on the good progress of vaccination in the country.

“In a few days we will reach the milestone of more than 15 million Spaniards immunised in what is the largest vaccination campaign in our history,” said Sánchez.

“In a few weeks, 50% of the population will have [had] at least one dose and the road map is clear and is being fulfilled”, he said, referring to the goal of 70% of Spaniards vaccinated by the end of the summer – a target likely to be reached by the end of August.

In May, Spain’s health ministry drafted together with the 17 Spanish regions a road map for dropping virus restrictions ahead of the summer tourist season vital for the battered Spanish economy.

Sources told El País the use of face masks will no longer be mandatory in public spaces, provided there are few people and social distancing can be observed. This document needs the approval of the National Health Commission, but this is considered a mere formality, as all political groups in parliament support it.