Sánchez, whose wife has tested positive for COVID-19, assumed full power in a semi-federal country, which previously ceded health and safety powers to the regions. [EPA/ Juan Carlos cardenas]

Spain has declared an absolute quarantine, allowing only trips to buy food, medicines or essential products, Prime Minister Pedro Sánchez announced in a television appearance on Sunday (15 March) as the number of coronavirus cases exceeded 7,700, with 288 deaths.

Those who breach the quarantine will receive fines between €100 and €600,000, as well as a prison sentence from three months to one year, depending on the severity of their behaviour with regards to public health.

Sánchez, whose wife has tested positive for COVID-19, assumed full power in a semi-federal country, which previously ceded health and safety powers to the regions.

Some regional leaders, such as Catalan pro-independence president Quim Torra and Basque Iñigo Urkullu, have criticised the prime minister’s measures imposing quarantine across the country as “confiscating” power from their governments.

Six million people are over the age of 70 in Spain, a country with 47 million inhabitants, and this section of the population remains particularly vulnerable to COVID-19.

Sánchez appealed to Spaniards on Saturday to protect their elderly as they did during the 2008 economic crisis, when they used their pensions and savings to help ease the massive unemployment suffered by the Spanish workforce. 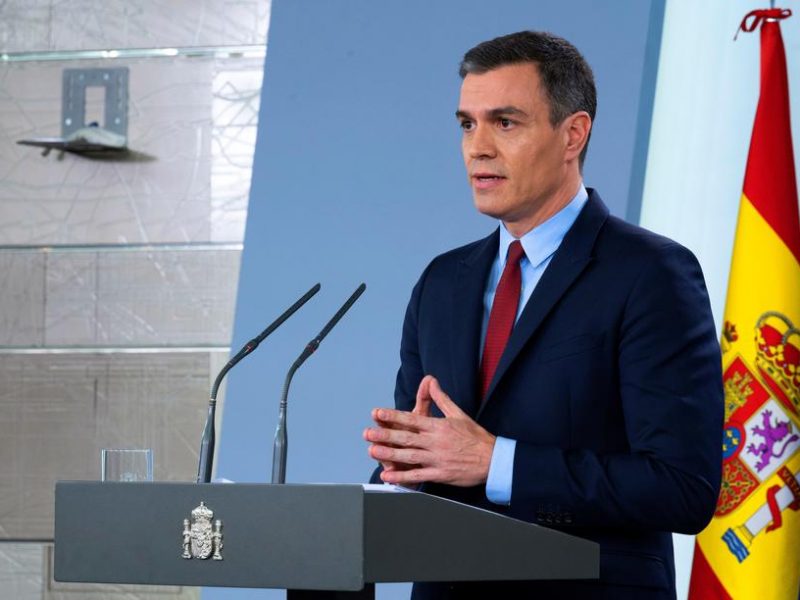 Sanchez’s government decided on Saturday (14 March) to limit with immediate effect the movement of people for 15 days to what is absolutely necessary: to buy food, medicine and other essential goods, to take care of the elderly or go to the hospital or the bank.

Moreover, messages are appearing on social media urging citizens to stay at home, teaching them how to wash their hands and remove gloves effectively to control the coronavirus.

The number of COVID-19 cases exceeded 7,700 with 288 deaths linked to the virus, compared to about 5,500 cases and 152 deaths just the day before, according to official figures. Besides, while 517 are now said to have recovered, 382 are in critical condition and are being treated in intensive care units, according to the health ministry.

The region of Madrid continues to be the most affected as it has 3,544 cases.

One response to “Spain in absolute quarantine as coronavirus cases rise to 7,700”