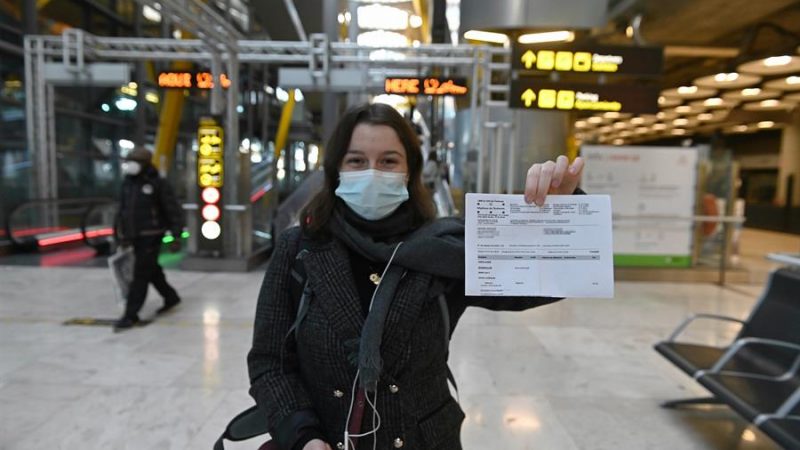 The only way until now to enter the country was with a PCR test done up to 72 hours before the trip. [EFE/ Fernando Villar]

Spain will allow travellers to enter the country as of Monday (7 June) if they have been vaccinated against COVID-19, present a negative PCR test or show that they have tested negative with a cheaper rapid antigen test. EURACTIV’s partner EFE reported.

The Spanish Official Gazette published a revised national regulation on Saturday, which adds fast antigen tests to the list of possible ways to enter the country. The only way until now to enter the country was with a PCR test done up to 72 hours before the trip.

However, such PCR tests are more expensive in the EU than antigen tests. For example, in Spain, they cost about €100.

Valid entry documents – according to the revised regulation – include vaccination and recovery certificates, including the EU Digital COVID Certificate, which is in the process of being rolled out across the bloc.

Government sources quoted by newspaper El Pais said travellers from third countries will need to have been fully vaccinated at least 14 days before arrival in order to enter Spain.

Vaccines accepted by Spain – and the rest of the EU – are those approved by the European Medicines Agency (EMA) and the World Health Organization (WHO).