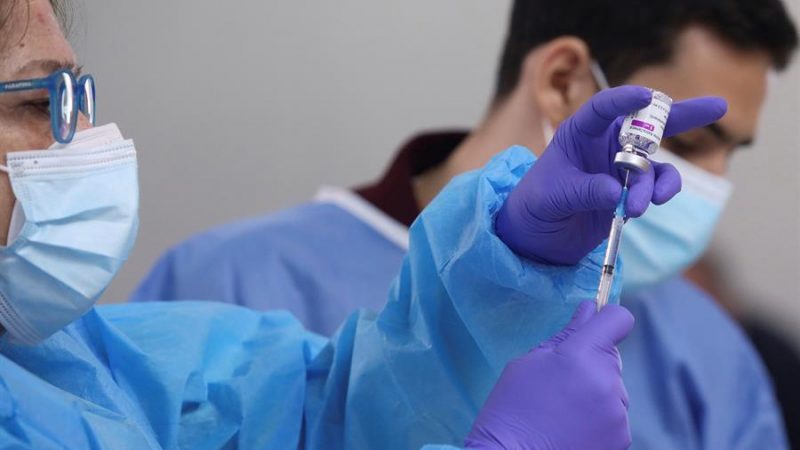 In Spain, the Janssen doses are to be used to accelerate vaccinations among the 70 to 79 age group. [EFE/J.M. García]

Some 300,000 doses of the shot produced by Janssen, the European affiliate of American pharmaceutical giant Johnson&Johnson, are expected in the initial delivery. Spain is expecting a total of 5.5 million doses of the vaccine during the second quarter of the year.

The Janssen jab is different from the other three approved in Europe, Pfizer, AstraZeneca, and Moderna, in that it requires just one dose. It can also be stored at fridge temperature – like AstraZeneca – which makes distribution easier than that of the Pfizer and Moderna vaccine. Clinical trials show the Janssen shot is 85% effective at preventing serious cases of COVID-19.

In Spain, the Janssen doses are to be used to accelerate vaccinations among the 70 to 79 age group, the health minister confirmed. Spain aims to vaccinate 70% of the adult population by the end of summer. The country’s vaccine roll-out has been badly hit by delivery shortfalls from COVID-19 vaccine manufacturer AstraZeneca, like in the rest of the EU.

Authorities in Spain suspended the use of the AstraZeneca jab among people below the age of 60 following warnings from the European Medicines Agency (EMA) about rare blood clots last week.

Europe’s stuttering vaccine rollout faced multiple hurdles as EU regulators said they were reviewing side effects of the Johnson & Johnson (Janssen) shot and France further limited its use of the AstraZeneca jab.

Darias told a press briefing that authorities were currently studying “all options” as to whether people under 30 who have already been given one AstraZeneca dose should receive a second one. Spain is set to receive 4.8 million doses of the Pfizer vaccine this month at a rate of 1.2 million a week.

“Vaccines are safe, effective and save lives,” Darias said. “We are confirming that with facts that are plain to see: for example, in care homes, the mortality rate is down to practically the same as for those not in care homes.”

According to Spain’s health ministry, more than 3.07 million people, or 6.5% of the population, have so far had two doses of a COVID-19 vaccine.