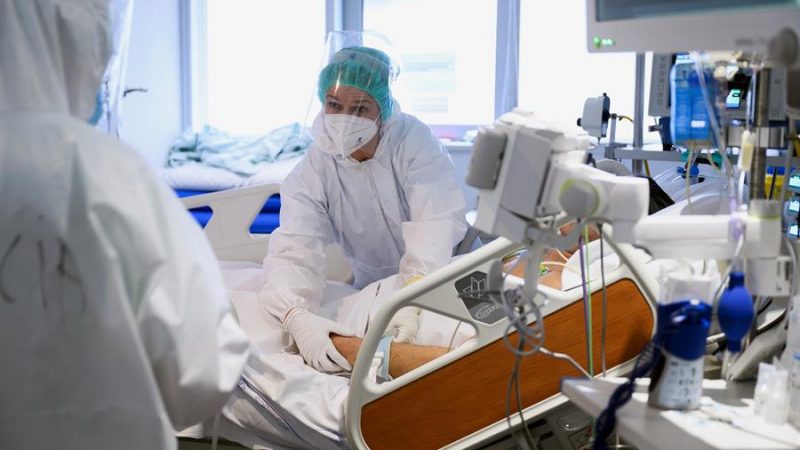 The health situation in the Spanish capital, where regional elections are due to be held on 4 May, is not homogeneous, however, with some areas reporting low infection rates, and others much less promising figures.   [EFE/Pedro Puente Hoyos]

Spain has reported a decline in COVID-19 infections on Monday (26 April), although pressure on hospitals and Intensive Care Units (ICU) remains high despite a tangible increase in the vaccination pace, the Spanish Health Ministry has said. EURACTIV’s partner EFE reports.

Last weekend, several regions have recorded increases in the number of hospital admissions and ICU patients, such as in the Basque Country, which has reported the highest number of critical patients admitted in ICUs in 2020, at the peak of the pandemic.

Hospitals in the prosperous Spanish region have, in the last weeks, been cancelling some non-urgent surgeries to focus all their attention on COVID-19 patients, a situation which has added more tension to their staff.

However, according to the latest data reported by the 17 Spanish regions (”Comunidades autónomas”), the pandemic is currently in a stabilisation phase, with an incidence rate of 235 COVID-19 cases per 100,000 inhabitants and a reduction in the number of infections.

The health situation in the Spanish capital, where regional elections are due to be held on 4 May, is not homogeneous, however, with some areas reporting low infection rates, and others much less promising figures.

To contain infections, Madrid’s regional government, still in the hands of the centre-right Popular Party (PP), has decided to extend as of Monday all mobility restrictions to three other “basic health areas” with a high number of cases.

A basic health area is smaller than a city district and can include several primary healthcare centres. Citizens are only allowed in and out for essential activities such as caring for dependents, or going to work or school, among other exceptions.

The latest extended lockdown in Spain is due to expire on 9 May and Spain’s socialist Prime Minister, Pedro Sánchez, announced on 6 April that he has no intention to extend it beyond that date.

Meanwhile, the vaccination of the most vulnerable groups is progressing well. According to the latest report by the Spanish health ministry released last week, 45.4% of people in the 70-79 age category have received at least one dose.