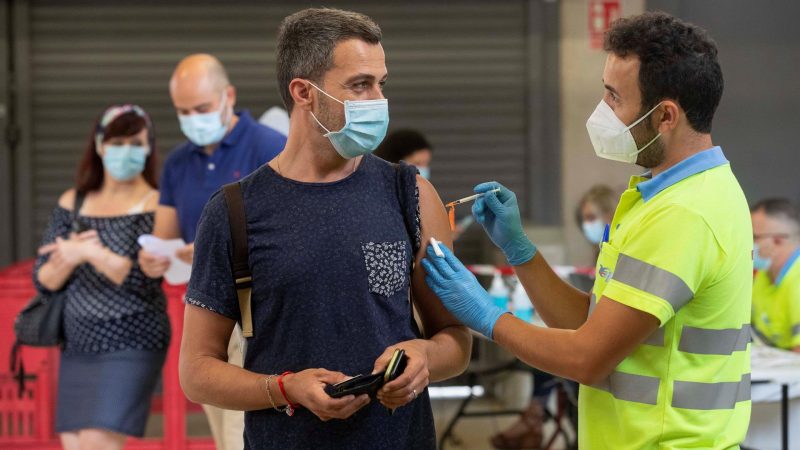 Experts should review the situation by the end of August, when the government aims to have fully vaccinated 70% of the Spanish population, she added. [EFE/Marcial Guillén]

Spanish immunologist Carmen Álvarez-Domínguez has warned that the COVID-19 vaccines available in Spain and other EU countries could adapt to new variants, potentially necessitating a third dose in 2022, EURACTIV’s partner EFE reported.

Álvarez-Domínguez, professor of infectious diseases at the International University of La Rioja (UNIR) told EFE on Monday (14 June) that it is too soon to decide whether a third dose would be necessary in future.

Experts should review the situation by the end of August, when the government aims to have fully vaccinated 70% of the Spanish population, she added.

On Monday, the Spanish health ministry has distributed more than 1.3 million new doses of the Pfizer/BionNTech vaccine among all Spanish regions and the Spanish exclaves of Ceuta and Melilla.

In Spain 12 million citizens are already fully immunised, equivalent to 25.8% of the population.

According to research by the molecular immunology lab of the Rockefeller University and the Howard Hughes Medical Institute, people who have recovered from infection with the coronavirus have antibodies for between six and 12 months, protecting against all COVID-19 variants.