Spain’s socialist Prime Minister, Pedro Sánchez, has proposed a national pact for the economic and social “reconstruction” of the country, calling on all political parties, regional governments and social actors such as trade unions to take part.

However, the largest opposition group, the conservative Popular Party (PP) led by Pablo Casado, did not agree on a date to sit down with Sánchez. And the far-right Vox and the pro-Catalan group CUP both declined the invitation altogether.

While the PP has been critical of the government’s handling of the crisis, other parliamentary groups, many critical of Sánchez, have agreed to hold discussions on Thursday and Friday.

As political parties laid bare their differences, the idea of a national pact seems to find an echo among an immense majority of the Spanish people.

According to public research institute CIS, 91.4% of the Spanish population back a “special effort” and sweeping political agreements to tackle the economic crisis. The poll was carried out over a sample of 3,000 respondents surveyed in the first week of April.

Since the lockdown came into effect, the crisis has already wiped 890,000 jobs from Spain’s labour market, figures similar to those recorded in the 10 months that followed the 2008-2009 financial crisis. At least 3.9 million workers have been affected by temporary lay-offs, especially in retail and tourism.

When it comes to the number of COVID-19 infections, Spain remains one of the worst-affected countries in terms of coronavirus cases, behind the US. In terms of fatalities, it is just behind the US and Italy.

Besides the human toll, economists have warned of “choppy waters” ahead as the country begins to consider its COVID-19 exit schedule.

The IMF has predicted that Spain’s economy could contract by 8%, while unemployment could surge by 20.8% as a result of the lockdown the government enforced on 14 March and the two week period of “economic hibernation” in place at the beginning of April. 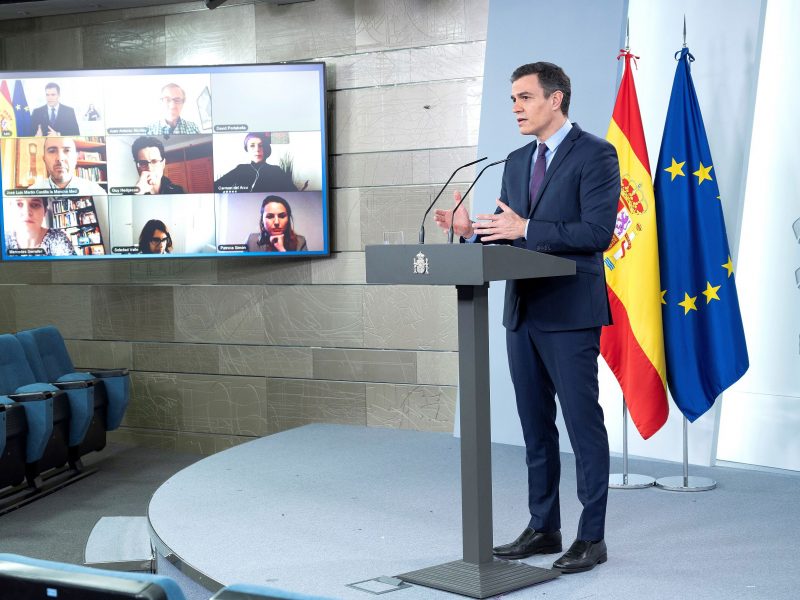 Spain to resume some activities, but lockdown remains 'firmly in place'