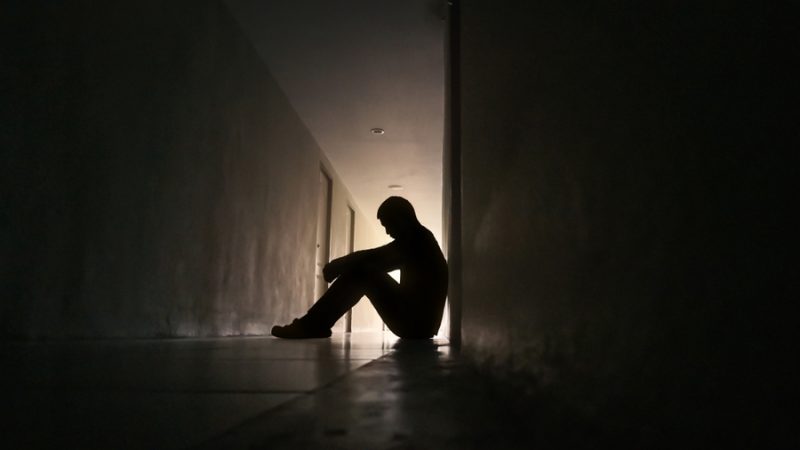 The COVID-19 pandemic has strained the mental health of Europeans and suicide amongst young people is rising, but in a number of countries, national health authorities have provided only patchy responses so far, according to EURACTIV network reporting.

In December, the Spanish branch of Save the Children warned that mental health issues amongst children had tripled during the pandemic, with 3% reporting suicidal thoughts.

Suicide is the second leading cause of death amongst people aged between 15-29, a trend that has developed over the last 13 years. This ensuing public debate led to the government approving €100 million for a new mental health strategy including a dedicated suicide hotline.

The mental health sector is suffering from a lack of resources, with patients waiting at least three months and 35% waiting up to six months to see a professional

In Croatia, suicides saw a slight increase in 2020 compared to the previous year, but there has been a 57.1% increase in suicides in the 15-25 age group. Still, those most at risk are the over 65s, representing almost 40% of all cases.

The government responded by promoting telephone services and advice via government websites. Demand from adolescents in accessing services has been notable, according to EURACTIV Croatia. Overall, there has been a 20% increase in those seeking mental health treatment, with young people accounting for most of the new cases.

In Bulgaria, the situation is even more concerning. While overall, the number of suicides has decreased since 2013, the vast majority are teenagers. According to data obtained by EURACTIV Bulgaria, around 500 people take their life every year, 70% of whom are youths.

There are no state-sponsored suicide prevention programmes and those needing support call the Hotline of Trust, maintained by the Bulgarian Red cross.

In Poland, suicides are also decreasing but cases among children and adolescents are on the up. Furthermore, the demand for psychiatric care is also rising but there is just one psychiatrist per 20,000 youths.

Mental health care is technically free but it is hard to access, with very long waits in practice. Most families find it tough to afford private treatment.

In Italy, the government has not updated suicide data since 2017. In 2019, the health authorities announced the creation of an observatory of suicide and suicide attempts, but three years on, it is still not functional.

Additionally, the government recently rejected a proposal to amend the budget introducing a “psychological bonus” to help people access therapy, EURACTIV Italy reported. Some €10 million was earmarked in May 2021 for vulnerable populations, including cancer patients and children, but the funds have not yet been distributed.

While mental healthcare is free, only 5% of 130,000 Italian psychologists work in public facilities. Data published by the Order of Psychologists showed that 21% of patients ended psychological treatment because they could not afford it and over a quarter who wanted to start treatment did not, for the same reason.

Furthermore, a report from pediatric hospital Bambino Gesu in Rome noted that the number of hospitalisations for suicide and self-harm doubled between the 15-24 age group during the pandemic.

In Romania, suicides are reducing in general but suicidal thoughts are increasing amongst youngsters. Figures reported by the Happy Minds association show that calls from young people with suicidal thoughts increased from 2% before the pandemic to 16% today.

Men are becoming more suicidal, while more women are suffering from depresison they added.

In terms of access to mental health services, they are limited. There is one anti-anxiety helpline and an antisuicide line which only works at the weekends. Accessing mental health care is challenging, but some organisations have stepped up to help in raising awareness.

Countries working to make a difference

The decrease in overall suicide rates is also observed in Slovenia. In terms of youth suicides, none were reported in under 14s during 2020, but an uptick was observed in the 15-24 age group.

In the early days of the pandemic, a government campaign kicked into gear when psychiatric wards reported growing admissions. There are also four national helplines for those in need that assist all ages with mental health issues and suicide prevention.

However, while mental health support is free, shortages of beds and staff, mainly those qualified to help young people, are prevalent.

In Slovakia, the number of suicides reported in 2020 was the lowest ever recorded, though with an increase among 30-50-year-olds. This could be partly due to steps taken by the government to provide mental health care.

In February 2021, the government set up a mental health committee, and reform is in the pipeline. There are state-run and private mental health helplines that offer video calls or text chats with therapists. While in-person treatment is available through the national health service, there are long waiting lists and stigma around getting help.

In terms of young people, the government hotline reported a five-fold increase in calls and reports of suicidal thoughts although the hotline is struggling to keep up with demand.

In Czechia, the suicide rate has declined since the 1990s but still remains above the EU average.

While the pandemic has not impacted suicide rates thus far, local experts have warned they expect to see a delayed increase soon. This will be further exacerbated by a 2-3 fold increase in the number of people suffering from mental health issues, especially depression and anxiety.

During the pandemic, several projects were launched to help people suffering from mental issues, including free online expert services or webinars about mental health.

Meanwhile, in Serbia, the authorities reported no increase in suicides and no issues with providing care to those that need it.

In March 2020, Clinic for Psychiatric Diseases Dr Laza Lazarevic and the Ministry of Health, opened national telephone lines to provide free. psychosocial support and suicide prevention assistance to all citizens.

The clinic told EURACTIV.rs there had been no increase in the number of calls since the start of the pandemic. According to the authorities, professional help is available non-stop and there was no interruption during the pandemic.

In Finland, the pandemic has not created an uptick in suicide cases which have been decreasing since 1990 when 1512 people took their own life. While currently constituting 1% of deaths, like other countries, rates amongst 15-24-year-olds account for a quarter of all suicide cases.

At the start of the pandemic, authorities announced a mental health strategy focussing on supporting mental health in youngsters, extensive services,  and mental health rights, including media outreach.

The country has a total of 18 mental health helplines, each with specific specialities. One organisation, Mieli, said they have noticed more self-destructive tones from young women as well as relationship issues since the start of the pandemic. Furthermore, the number of calls has increased by a third to 309,000 and those made by the under-30s doubled to 10,000.

Like elsewhere, mental health services are free but plagued by long waiting lists. Patients then turn to NGOs and the private sector in the hope of help.