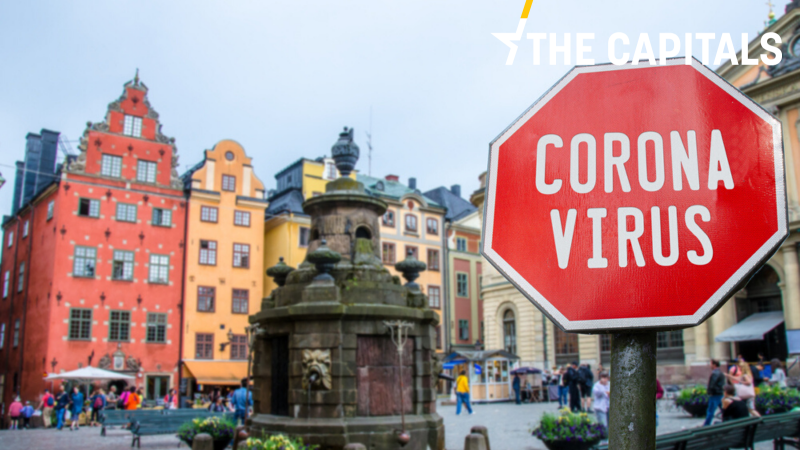 According to a survey carried out in the turn of May and June, 45% of the Swedes trusted in the government’s ability to control and take care of the coronavirus situation. [Shutterstock/Maria Vonotna]

Before you start reading today’s edition of the Capitals, feel free to have a look at the article “Biodiesel industry worried about Commission’s aviation fuel plans“.

Also check out this special network article that tells you everything you need to know about Europe’s internal borders and where everyone stands regarding coronavirus quarantines.

Now that many European countries have started lifting lockdown measures and opening borders, make sure you stay up to date with EURACTIV’s comprehensive overview, which is regularly updated with the help of our network of offices and media partners. Also, check our country update pages, such as the one for Italy and Slovakia.

STOCKHOLM. Swedes are starting to have doubts about how the coronavirus crisis is being handled domestically. At the same time though, the Social Democrats and the government as a whole are seeing a rise in the polls. EURACTIV’s Pekka Vänttinen reports.

Fewer domestic flights for Air France. Less than a month after Air France-KLM CEO Benjamin Smith announced a 40% reduction in Air France’s domestic flight offer by the end of 2021, the company has introduced a plan called “Vesta”, according to Les Echos. Many flights should be suppressed and part of the employees laid off.

The plan should now be agreed by the government which has agreed to give the flag carrier  €7 billion in loans. However, the strings attached to the bailout are considered weak by NGOs who believe France won’t reach its CO2 emission reduction target if it continues to fly so many domestic flights. (EURACTIV.FR)

Medical staff protests negligence. Two Belgian nursing federations have brought action against the state and health minister Maggie De Block for negligence towards caregivers, especially towards nurses, and for lack of foresight and endangerment during the COVID-19 crisis. The federations looked for masks and protections, asked for systematic screenings and psychological support, “without any consideration on the part of the minister”, they said.(Alexandra Brzozowski | EURACTIV.com)

New race commission gets a tepid response. Prime Minister Boris Johnson’s promise of a new government commission to look at racial inequality has been met with a tepid response. After a further wave of protests against racial discrimination and a counter-demonstration by far-right activists across UK cities over the weekend, Johnson announced plans to set up a Commission on Race and Ethnic Disparities to look at “all aspects of inequality – in employment, in health outcomes, in academic and all other walks of life”. Read more.

Government presents first parts of stimulus package. Austria’s executive branch has shut itself in for two days for its so-called “governmental retreat”. While these usually take place in the countryside, officials decided to hold debates in the chancellery due to the pandemic. The main topic of discussion is the stimulus package worth about €14 billion. EURACTIV Germany’s Philipp Grüll has more.

‘We need to cooperate to help the country’, PM Conte tells opposition. Italian Prime Minister Giuseppe Conte addressed opposition parties, calling for greater cooperation and discussion, as it is the only way to help Italy recover from the crisis. Read more.

German tourists get dibs on Mallorca. Spain kicked off a safe corridor tourism scheme with the arrival of the first batch of German tourists in Mallorca on Monday, a week before the rest of Spain is due to open up its borders, EURACTIV’s partner EuroEFE reported.

The flight operated by Anglo-German group TUI touched down in Palma de Mallorca with 189 passengers onboard, roughly 170 of them tourists who departed from Düsseldorf, one of the cities chosen for the pilot scheme. Some 20 journalists were also on the flight, EFE reported. The move is part of the Spanish government’s plan to salvage what is left of the summer tourist season, a period of the year in which 70% of annual tourist spending occurs. EURACTIV’s partner EuroEFE has the story.

Portuguese capital lifts more measures. A new series of restrictions were lifted in the Lisbon Metropolitan Area as part of the third phase of easing lockdown measures, despite the growing number of new infections. While shopping centres are now allowed to open, groups of up to 20  people are now permitted to gather.

Of the 346 new infections detected on Monday (15 June) in Portugal, 300 were in the Lisbon region. However, authorities have said that the increase in cases is due to the large number of tests being carried out. Portugal is the fourth European country with the highest number of tests per million inhabitants. (Vera Amaro and Pedro Morais Fonseca, Lusa.pt)

Greek PM in ‘tricky’ visit to Israel. Kyriakos Mitsotakis is paying a crucial visit to Israel today and will meet his Israeli counterpart Benjamin Netanyahu. Athens is looking for Israel’s backing on a number of issues mainly in the light of Turkey’s aggressiveness in the Eastern Mediterranean considering that Ankara has announced that it will start gas drillings in the Greek Exclusive Economic Zone. But what will Israel ask in exchange?

Flash floods. Yesterday (15 June), the Czech authorities reported that an area of the State Material Reserves was hit by flooding and an unknown amount of petroleum was released into the sewerage system. While the Czech Republic was hit by a severe drought period in April, the last few weeks saw a drastic change as several regions suffered from flash floods. (Aneta Zachová | EURACTIV.cz)

Audi factory visit. During his visit to an Audi factory in the city of Győr on the occasion of reopening of the facilities at full capacity three-shift production, Prime Minister Viktor Orbán said government support will be required to restart the economy.

The PM said that the government will do everything so that every worker and engineer find their account in the Audi factory. The cabinet is also prepared to secure the financial background to ensure the factory operates at full capacity. Audi employs nearly 13,000 Hungarians and with annual revenue of €8.5 billion represents about 1.5% of the country’s GDP. (Vlagyiszlav Makszimov | EURACTIV.com)

Police action in the spotlight. Slovakia is debating the police response in Vrútky (video), which resulted in the killing of a 22-year old who had targeted a local school and stabbed a teacher to death, wounding five others, including kids, on Thursday last week.

While on the run, the assailant was aggressive and threatened policemen with a knife before they shot him. Both policemen responding to the scene were wounded as both suffered a gunshot. “Well, the boy has decided for himself. He attacked a police officer with a knife and got exactly what he deserved“, said Prime Minister Igor Matovič. (Zuzana Gabrižová | EURACTIV.sk)

A warning from Bulgaria: Corruption channels are ‘eagerly awaiting’ big EU money. Experts and opposition-minded politicians warned during an online conference on Monday (January 15th) of a “huge” risk of corruption in connection with the generous funds the European Commission has proposed to mobilise in response to the coronavirus crisis. EURACTIV Bulgaria reports.

Local elections should have been held in May or June, but they were postponed due to the COVID-19 pandemic and mandates of local government office-holders are set to expire soon. Parliament will set the new date for the local elections for autumn, while the country is also set to hold the general elections this year.

Meanwhile, there is still no agreement between the government and opposition on what next steps to take as the state of alert – which followed the state of emergency declared due to the COVID-19 pandemic – is in its final days. EURACTIV Romania’s Bogdan Neagu has more.

Croatia initiates signing of clean energy MoU. Following an informal video conference of EU energy ministers, Croatian Energy and Environment Minister Tomislav Coric said on Monday (15 June) said that Croatia had initiated the signing of a memorandum of understanding for the implementation of the Declaration on Clean Energy for EU Islands. Read more.

Serbia-Kosovo dialogue at the White House. The US president’s special envoy for negotiations between Belgrade and Pristina, Richard Grenell, said on Monday (15 June) that the governments of Serbia and Kosovo had pledged to temporarily pause their campaign for derecognition, i.e. membership in international organisations, for the sake of a meeting of representatives of the two sides in Washington.

The meeting on the Serbia-Kosovo dialogue will be held on 27 June at the White House, Grenell tweeted. “If either side is unsatisfied with the June 27 discussions then they will go back to the status quo after they leave Washington,” said Grenell.

In other news, Miroslav Lajcak, the EU special representative for the Belgrade-Pristina dialogue and other regional issues, will be visiting Kosovo from 15-18 June, which is his first official visit since his appointment, the EU Office in Kosovo has announced. In Pristina, Lajcak will meet with political leaders, party and international community representatives in Kosovo, as well as heads of EU member states missions.

According to the announcement, Lajcak is planning to discuss the conditions and modalities for the speedy resumption of the Belgrade-Pristina dialogue, aided by the EU. While in Kosovo, Lajcak will also use the opportunity to better acquaint himself with the situation in the field.

Meanwhile, the “Let’s Defend History” Declaration, calling for an active fight against revisionist tendencies in the region and for common, multiperspective historiography, has been released in Belgrade. EURACTIV Serbia digs deeper.