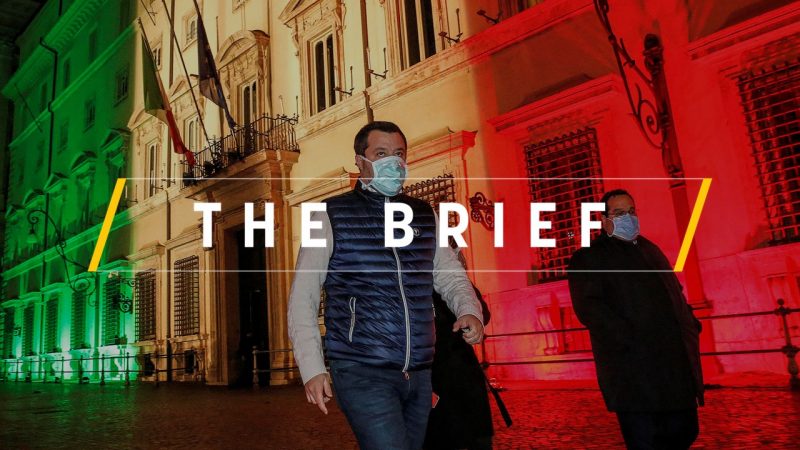 It’s not a good time for anyone being pro-European in Italy these days. In the thick of the COVID-19 crisis, a different one is looming in the country: an increasing sentiment of mistrust in the EU.

A sense of abandonment from the European partners is what prevails if one reads the papers, watches TV shows or checks the trending hashtags on social networks, which have become the virtual places where a quarantined population expresses its fears and hopes.

It’s getting increasingly difficult for pro-Europeans to explain to their nationals, fearing for their own lives, why the Northern “hawks” and the EU institutions are looking away during the country’s darkest hours.

Over the weekend, the mistrust reached a new height after Ursula von der Leyen’s interview with German news agency DPA. The Commission president pegged the idea of coronabonds as “just a slogan,” adding that concerns from Northern countries are justified.

Von der Leyen later corrected her own words by saying the Commission is not excluding any option within the limits of the Treaty. But the damage was already done.

The founding moment of this new anti-EU sentiment was the decision taken by the Council last week not to decide on how to fund the recovery from the crisis, which triggered harsh reactions throughout Italy.

The leader of the right-wing Lega party, Matteo Salvini, jumped on the anti-EU train with his usual fervour, calling the EU a nest of snakes and jackals. “First, we defeat the virus, then we think back to Europe. And if we have to, we say goodbye,” he said.

We’re used to such language from him. What we are less used to is such criticism coming from confirmed pro-Europeans.

In an interview with Dutch daily Volkskrant, Italy’s former prime minister Enrico Letta said the Dutch are playing into the hands of Gert Wilders’ Italian friend Salvini, who is only waiting for this kind of action from the Netherlands and Germany to shout that the EU membership is useless.

“Yours is a gut reaction, completely wrong. Half of the Italian public opinion is anti-European because it believes it is abandoned when something goes wrong,” Letta said.

“If a big crisis happens, who do they sell their tulips to?” he asked.

Von der Leyen’s slip-up is in addition to the shattering comments from ECB president Christine Lagarde, which two weeks ago caused the biggest single-session drop on Milan’s stock exchange since the index was created in 1998.

Even Italy’s President Sergio Mattarella lost his temper that time, saying Italians expect solidarity from the EU institutions, not “moves that can hinder Italy’s actions”.

The point is that both Lagarde and von der Leyen were right. It’s true that, technically, the European Central Bank doesn’t cover spreads, like it is true that coronabonds could be used as a slogan and are not laid down in the treaties.

But that was simply not a good time to say that, those were not the right words.

How can you tell people about to lose their jobs that some member states, which are supposed to be their partners, are not willing to share the financial burden of a global crisis?

How can you tell someone who’s losing their beloved ones that treaties don’t allow you to cover deficit spending for more healthcare infrastructure?

Maybe Bruxelles should look at Tirana. Albania’s premier Edi Rama made a very emotional speech this weekend before flying 30 doctors to Italy to join the fight against the virus.

“We are not rich, but we’re not without memory. We cannot afford not to show Italy that Albania and the Albanians never abandon a friend in difficulty,” Rama said.

The 30 doctors may not shift the balance in this horrible war against the deadly virus. But Rama’s words will remain forever in the memory of every Italian.

Perhaps the member states will never agree on coronabonds or on the mutualisation of debt at the EU level. But don’t let Italians feel abandoned in their time of need.

Make sure you stay up-to-date with everything to do with coronavirus across the capitals with EURACTIV’s comprehensive overview, regularly updated with the help of our pan-European network of reporters and media partners

Greek Prime Minister Kyriakos Mitsotakis called on the lawmakers of his New Democracy party (EPP) to set aside half of their salary for a special coronavirus account for the next two months.

As Europe is grappling to find a response to the coronavirus pandemic, some leaders raise questions over Europe’s lack of preparedness against biological threats.

The French government intends to prohibit the payment of dividends to companies receiving state funding.

Polish employer’s organisations and trade unions protested against what they called an attack by the authorities on the independence of the country’s Social Dialogue Council and the autonomy of social partner organisations, under the disguise of measures to combat COVID-19.