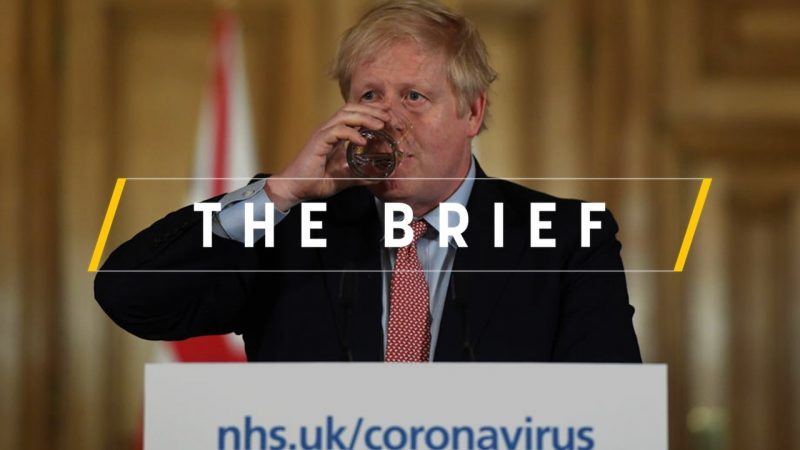 On Thursday (12 March), a sombre-looking Boris Johnson advised schools not to organise trips and people with coughs or running high temperatures to stay in self-isolation. Yet he shied away from taking the big decisions: closing schools and banning large public gatherings, stating that “the scientific advice is that this could do more harm than good at this time”.

That, said former Health Secretary Jeremy Hunt, who had stood against Johnson for the Conservative party leadership last summer, is “concerning” and inadequate at a time of a “national emergency”. Hunt added that the UK’s response was lagging far behind the example set by Italy and other countries.

At the time of writing, there were around 600 confirmed novel coronavirus cases across the UK, but health officials believe the actual number of people infected could be between 5,000 and 10,000.

The UK government’s health advisers have estimated that coronavirus infection rates will not peak for several months and Johnson and the government’s chief science adviser, Sir Patrick Vallance, appear to be taking the tactic, says Vallance, of trying to create “herd immunity” by broadening the peak of the epidemic.

Rather than suppress a virus that millions of people will get, their stance is that this will ensure that the National Health Service is not swamped with cases of what they believe is a mild illness.

Outside government, other organisations are taking matters into their own hands. Professional football in England was today suspended for the next three weeks, a particularly painful decision for Scousers since it delays the formalities of Liverpool’s first league title in 30 years.

Even the England cricket team’s tour of Sri Lanka has fallen victim to COVID-19. The final battle for the Six Nations rugby between Ireland, England and France has already been kicked into the long grass.

For the most part, that advice is being heeded, in the capital, at least.

Passengers still struggle to find a seat on the London Underground during rush-hour though trains are not as overcrowded as usual. The capital’s signature red buses ease around the city though many drivers and passengers are wearing face-masks.

Whether or not Johnson is vindicated, again, remains to be seen. Hunt, who was the UK’s longest-ever serving Health Secretary, worries that the UK is currently an “outlier”. Others in the scientific community, meanwhile, anticipate more drastic measures to be announced in the coming weeks.

But for now, as the old cliché goes, Johnson’s approach is one of ‘keep calm and carry on’.

After a long meeting that stretched late into the evening, the Belgian National Security Council decided to take far-reaching measures to fight against the spread of the coronavirus, declaring a state of emergency over the entire country.

The European Commission revealed its plan to suspend for four months rules that have forced airlines to keep empty ‘ghost flights’ in the air, as a result of coronavirus cancellations. But carriers want their obligations put on ice until the end of October.

France’s municipal elections will be a major test for President Emmanuel Macron in the wake of popular protests by the gilets jaunes and over controversial pension reforms. They will also be the first such polls in which British citizens in France will not be able to vote.

The Higher Administrative Court of Berlin-Brandenburg has ruled that the construction of Nord Stream 2 pipeline project could continue, rejecting a complaint over a plot of land through which the pipeline should pass and finally clearing the path for the German-Russian project.

The Romanian government has entered auto-isolation mode after a senator was confirmed positive with novel coronavirus, COVID-19.

The European Central Bank decided to inject more money into the real economy to combat the economic fallout of coronavirus. As markets continued to plunge, the bank’s president Christine Lagarde stepped up pressure on member states to pass an “ambitious and collective” fiscal stimulus.

More measures against coronavirus. Keep up to date with all the latest developments around Europe with our EURACTIV live tracker.

3 responses to “The Brief, powered by APPLiA – British exceptionalism”