The Brief, powered by APPLIA – The price of EU indecision 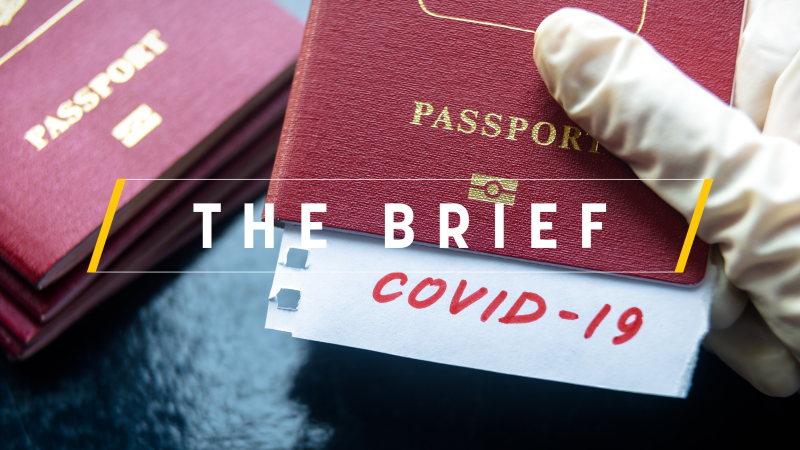 With its vaccination programme well underway, the UK is starting to see the light at the end of the long COVID-19 tunnel, and Prime Minister Boris Johnson has presented a roadmap for “a path to freedom”. Europeans are now starting to wonder: Will the Brits be the only ones on the sunny side this summer?

Around a quarter of the British population have already received the first vaccine dose. The bet that enough people will be vaccinated before the summer holidays kick in is not too far off.

Flight bookings from the UK surged by 337% and easyJet bookings by 630% since the UK government announced that it intends to reopen international travel. Tui, the world’s largest tour operator, reported a 500% increase in bookings.

Malaga, Alicante and Palma in Spain, Faro in Portugal and the Greek island of Crete are the current front-runners for summer season flight bookings, and August is, as expected, proving to be the most popular time for travel.

EasyJet said that in an internal survey of more than 5,000 European consumers last month, 65% said they plan to travel this summer.

But where will they get to?

Across Europe, the prospects of travelling to tourist hotspots look rather bleak, especially because the bloc is once again showing an appallingly uncoordinated performance in coordinating travel restrictions, failing to learn from last year’s holiday mess.

The European Commission has sent letters to Belgium, Denmark, Finland, Germany, Hungary and Sweden to ask them to reopen their borders in line with a recommendation on travel that EU countries agreed earlier this month. They have 10 days to respond.

EU leaders are expected to revisit the issue on Thursday after new rules have already disrupted traffic flows at the borders of several countries.

“It will be very important if we could stick as much as possible to the recommendation that we adopted all together,” Portugal’s European Affairs Minister Ana Paula Zacarias said after a meeting in Brussels on Tuesday.

At some point, the borders will surely open for travel, but the question is under what conditions.

A few months before the tourist season kicks off, Greece has become one of the first EU countries to issue digital COVID-19 vaccination certificates. For the time being, it will be used as a medical certificate, but the hope is that it will soon be used for international travel.

The vaccination certificate will not be obligatory but would offer some privileges to vaccinated people, such as avoiding quarantine.

EURACTIV has learnt that France is among the EU countries that fiercely oppose such a measure. Berlin is saying that such a discussion could take place only once the general population starts getting vaccinated, which could be several months away.

Sources have told us that the issue is mainly political as Paris fears such a measure would indirectly make vaccination mandatory and thus enhance the already strong anti-vaxxer movements so close to the 2022 French elections.

So far, there is no unanimity on the idea of a COVID-19 passport/certificate on the European level, and if there is no common EU approach, bilateral agreements could yet again cause summer restriction chaos across the bloc.

Another issue is what vaccines such passports will recognise.

For instance, what will happen if Athens makes a deal with Serbia, whose citizens, vaccinated mostly with Chinese and Russian vaccines, visit Greece en masse in the summer? The EU’s medicines agency has not approved any vaccine from Moscow and Beijing so far.

With recently announced delays in vaccine deliveries for the EU, it looks less and less likely that a sufficient part of the bloc’s citizens will be vaccinated in time.

Another lost summer would wreak economic havoc, for Greece in particular, and Europe’s South in general. This would effectively be the price of following the EU’s (non-existent) line.

And who is going to foot the bill? European taxpayers, of course.

In the Brexit corner, the UK government agreed to allow the EU more time to formally ratify the post-Brexit trade deal which came into effect on January 1.

EU and UK officials will discuss the possibility of extending the ‘grace periods’ that exempt goods crossing the Irish Sea border from new customs checks introduced by the new trade arrangement.

At the same time, lawmakers from across the political spectrum have called on the French and UK governments to support the financially-moribund Eurostar, as they did with struggling airlines.

Moving troops between Africa and Europe more efficiently during a crisis is expected to be streamlined and allow better synchronisation between European NATO allies and Africa, US generals said.

A group of MEPs has asked European Council President Charles Michel to use his upcoming visit to Georgia to mediate between the government and the opposition, in a bid to appease the “rapidly deteriorating political situation” in the country.

Russian Foreign Minister Sergei Lavrov lambasted the West for failing to unite globally in the fight against the pandemic and its economic fallout, in an address to the UN Human Rights Council.

EU delegations are to submit by the end of February their proposals for spending development aid based on consultations in their respective countries, reflecting the bigger role of the diplomatic outposts in hitting assistance targets.

An ad hoc label for food products belonging to the Mediterranean diet is the latest suggestion in the EU-wide food labelling fray, and is intended to cope with negative effects caused by the colour-coded Nutri-score labelling scheme.