The Brief, powered by Facebook – Christmas slopes on the ropes 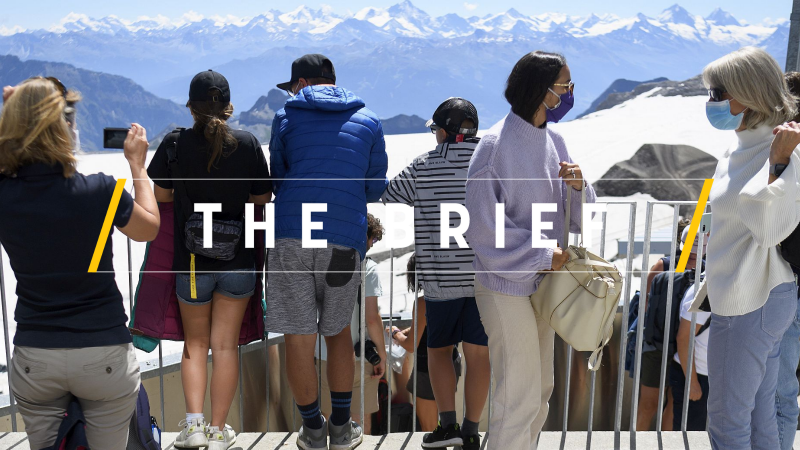 We’re in the middle of a full-blown second wave of a health crisis, with millions of businesses at risk of bankruptcy and families being separated over Christmas. Yet for some, there is no question more urgent than how we will survive Christmas without skiing.

After all, for many, it is an integral part of the European Way of Life.

France, Italy, Austria and Germany have all ordered even the high-altitude lifts that could be running this early in the winter to remain closed for now in the hope that all resorts can benefit at peak-season, if and when the infection rate slows.

It was certainly an icy shower for French skiers to hear President Macron say they will have to forego Christmas on the slopes this year.

His prime minister, however, concocted a creative solution of French ski resorts opening on Christmas but lifts remaining closed. Après-ski and fondue will, likely, be off the menu.

Reaching an agreement with neighbouring Austria is, however, proving difficult. Both Vienna and Europe’s ski enthusiasts are pointing to non-EU Switzerland, which is allowing near-normal operations at its ski resorts. Many regional politicians, mostly those with mountains on the lands over which they reign, echoed the demands to keep the snow show running.

If the EU forces skiing areas to stay closed, it will mean losses of up to €2 billion, which the EU should cover, Austrian Finance Minister Gernot Bluemel said earlier this week.

Still, calls are growing louder for the EU to step into the snowball fight and mediate between European countries to agree on common rules for the sector to prevent cases being imported from abroad upon return.

But, at the same time, the discussion shows a glitch in the priority matrix amid a raging health crisis.

Many member states currently don’t allow people to see their extended family or friends due to strict lockdown measures and travel in most of them, especially for recreational reasons, is generally discouraged.

Yet, we would look for ways how to ease regulations to allow some folk to dash through white powder snow in ski resorts like Ischgl that have become the synonym of super-spreader events during early stages of the pandemic?

Don’t get me wrong, this reporter is a strong ski enthusiast.

Ski masks could be made COVID-19 proof, distance rules somehow adhered to. But there is no guarantee that skiing villages would not turn into super-spreader spots again (Ischgl, remember?).

But the debate about the right to hit the slopes during Christmas neglects the more serious question, which is how to make sure there are slopes to be attended next year at all?

France confirmed on Wednesday it will levy its tax on digital giants for 2020, following a warning by Economy Minister Bruno Le Maire in October that it would do so. With this decision, however, it risks US countermeasures at a time when it is scrambling for public money amid a devastating pandemic.

In a second part of EURACTIV’s series on cohesion policy, the EU’s project to decrease the disparities between its regions, we look at social economy, its importance to the bloc’s economic and social health as well as its potential to drive forward the green and digital transitions, currently at the top of Brussels’ long-term agenda.

Short food chains, often thought of as a ‘greener’ way to get food on the table, are not necessarily synonymous with sustainability, according to a Commission official, who called for a considered approach to the trade and sustainability debate.

In a virtual meeting with the Commission VP Frans Timmermans, a group of young climate activists headed by Greta Thunberg reiterated their harsh criticism of the proposed reform of the EU’s farming subsidies programme.