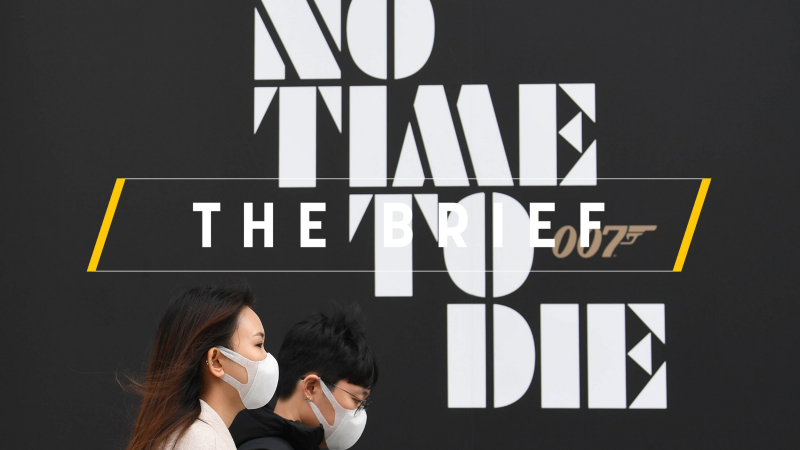 Have you seen the latest James Bond movie, ‘No Time To Die’? Don’t worry, nobody else has after the coronavirus pandemic delayed its release. This story is about what could possibly be the premise of the next one.

It’s not about nuclear weapons or hypersonic missiles. It’s about which world power, or some crooked villain, will gain strategic advantage, or even supremacy, by being… the sole owner of the COVID-19 vaccine.

We got a first preview of the plot when the US tried, unsuccessfully, to buy a German laboratory reportedly well advanced in the works, and the EU responded by providing some funding to the private company. That was back in March.

On 4 May, the Commission hosted a virtual pledging conference to fund research into COVID-19 vaccines and therapy, and it gathered €7.5 billion. This is all very nice. But it’s worth reminding that the event was not attended by the United States, Russia and India, while China’s participation was symbolic.

And there have been more developments in recent days.

First, the US said on Wednesday the Chinese intelligence was plotting to steal US vaccine research secrets. Then on Thursday, the French government cried foul after pharmaceutical giant Sanofi said it would reserve the first shipments of any COVID-19 vaccine for the United States.

Like the deceived husband in a Molière comedy, the French government was apparently the last to learn that the US had acquired privileged access to a product developed by the French company, because they had funded the research.

It should not be surprising, then, that the EPP, the biggest political group in the European Parliament, came up with the unorthodox idea of the EU acting as a pirate – and stealing the vaccine, or its recipe, if it is developed by some other entity which doesn’t agree to share it.

MEP Peter Liese, the EPP Group’s spokesman for health, says it is “legally possible to go for so-called forced or compulsory licencing”, meaning that member states “can use the recipe for the vaccine production without formal consent of the original patent holder”.

And he calls for all EU members to do this jointly, in order to be stronger in the face of the expected response.

If this happens, it would certainly be the first time that EU countries would be partners in crime.

Of course, this is not (yet) the EU official position. Asked to comment, the Commission said on Thursday that “vaccine against COVID-19 should be a global public good and its access
needs to be equitable and universal”.

It sounds politically correct, but why aren’t we reassured?

The European Medicines Agency also chimed in on Thursday and said that a vaccine might perhaps be ready in a year’s time, but dubbed this an “optimistic” scenario. So plenty of time for vaccine wars until then.

Our bet is the next James Bond movie will be on the screens before the vaccine.

A message from IPA Europe: As the European Union enters a new and challenging period, EU policymakers will play a decisive role in putting food at the centre of their policies, preparing an EU industrial strategy that aims at safeguarding the world leadership of the European food industry, and continuing to offer high-quality products, supporting the health of European consumers. But to succeed, the EU needs to create favourable conditions to uphold competitiveness. Probiotics Key Facts and Figures .

Divisions have opened within the UK government following reports that Boris Johnson’s administration is preparing to offer increased access to the UK market for US agriculture exports and possibly lower the bar on environmental and health standards.

US Ambassador to Germany, Richard Grenell, has called out German Social Democrats (SPD) over reigniting a discussion on the stationing of US nuclear weapons in the country and questioned Berlin’s devotion to NATO commitments.

In order to cope with negative effects of the COVID-19 pandemic on the agri-food sector, member states have reiterated their call for additional measures which, however, are not in the European Commission’s pipeline.

As the infection and death rates from coronavirus continue to decline across Europe, policymakers are beginning to take stock of the widespread impact of the pandemic on mental health.

The land borders between Portugal and Spain will remain closed until 15 June due to the COVID-19 pandemic, according to the Portuguese Council of Ministers’ resolution.

The European Commission opened an infringement procedure against Austria in January 2019, and now a lawsuit is following after the government failed to allay Commission concerns that the indexation of family benefits are discriminatory.

The European Court of Justice (ECJ) ruled that holding migrants and asylum seekers in a transit zone is detention, and challengers must have their day in court at least once. Meanwhile, the European Commission is examining Hungary’s emergency regime, including government decrees affecting the country’s labour code and the application of the General Data Protection Regulation (GDPR).

With men dominating higher managerial positions in Europe’s technology sector, there has been no shortage of calls for greater female empowerment in the industry. Read our Special Report on gender stereotypes in tech.

An association of ten major European environmental organisations launched an appeal to the EU to come up with “the biggest green investment plan the world has ever seen”, shortly before the European Parliament was due to vote on its position on this issue.