The Brief – The self-defeating scramble for vaccines 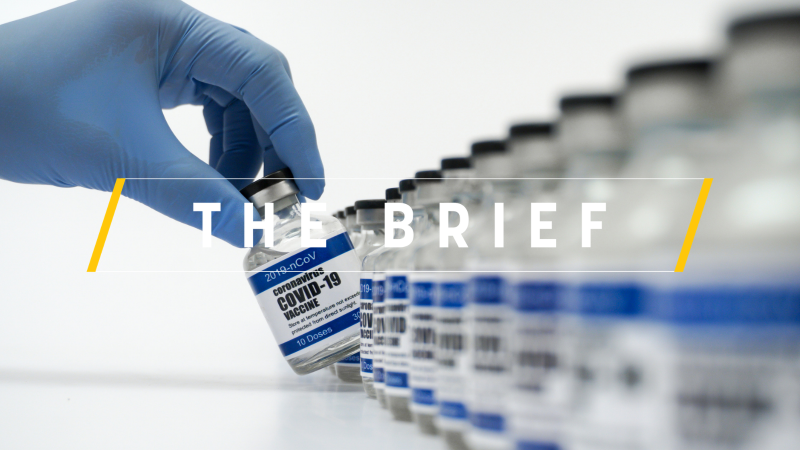 The scramble for COVID-19 vaccinations is shaping up as a race, and like all races, that means there are winners and losers.

The row between the European Commission and pharma giant AstraZeneca over the delivery of its vaccine order, which has, in turn, become a dispute between the EU and the United Kingdom, is a microcosm of the dilemma which international leaders would be wise to resolve amicably over the coming weeks and months.

Contract law is tough to argue with. The truth is that the UK government was quicker off the mark than the EU executive in placing its order and has jumped the queue. It is therefore entitled to expect that its order is honoured first.

That would be harsh but fair in normal circumstances, and the UK is not alone in its self-interest.

Canada, for example, has ordered enough vaccines for up to three times its 37.5 million population. It is no surprise that politicians – who are effectively on trial as the public weighs up the quality of their response to the pandemic – have raced to be first to vaccinate their people.

But as the metaphysical poet John Donne put it: ‘no man is an island’. In the era of COVID, the same is true for countries. We cannot simply act as individuals. The pandemic will last until everybody in the world has been vaccinated. The national scramble for vaccinations is self–defeating.

This week, in a bid to curb the spread of new variants of COVID, European governments have moved to tighten their travel restrictions and quarantine requirements. Travel from most of South America and southern Africa has effectively been banned.

In Africa, deliveries of the vaccines promised by the COVAX aid programme for developing countries are well behind schedule.

Shut out of the market to purchase supplies from the likes of Pfizer-BioNTech, AstraZeneca or Moderna, poorer countries are likely to fall back on vaccines supplied by the likes of China and Russia, which are cheaper but more accessible than those on sale from the western pharma giants.

However, there are already concerns about the effectiveness of these vaccines.

As it currently stands, African countries have been promised or ordered enough vaccinations to inoculate 36% of the continent’s population by the middle of the year. However, Oxfam has estimated that 70 of the world’s poorest countries will only be able to vaccinate one in ten inhabitants by the end of 2021.

An international vaccine summit where nations co-ordinate their needs and ensure that no country or region is left behind would be a sensible step forward.

The scramble for vaccines may create some political winners in the short term but it is self-defeating. We are facing a truly global pandemic, and the reality is that we are not safe until everybody is safe.

Uneven vaccine distribution will simply mean yet another interminable delay to the resumption of normal life which we all crave.

Diplomats and armed forces have been slow to address the security consequences of climate change, a French parliament fact-finding mission concluded.

After a year marked by the COVID-19 pandemic and continued fears over nuclear risks and climate change, the symbolic Doomsday Clock remains stuck at the same time as last year.

The world needs a Paris-style agreement for biodiversity, the President of the European Commission said.

The European Investment Bank (EIB), the world’s largest multilateral lender and biggest provider of climate finance, illegally avoided environmental scrutiny of its financing decisions, the Court of Justice of the European Union ruled.

The much-awaited ‘Europe’s Beating Cancer Plan’ intends to create a knowledge centre to coordinate the scientific and technical cancer-related initiatives at the EU level, including the European health data space, according to a leaked draft of the plan.

The Alps’ magnificent mountain landscapes appear idyllic, calm and untouched – as long as you look at them from a certain angle. From another you are confronted by cleared forests for ski slopes, well-trodden paths and destroyed nature for hikers and mountain bikers.

2 responses to “The Brief – The self-defeating scramble for vaccines”