The Brief – Tourism in quarantine 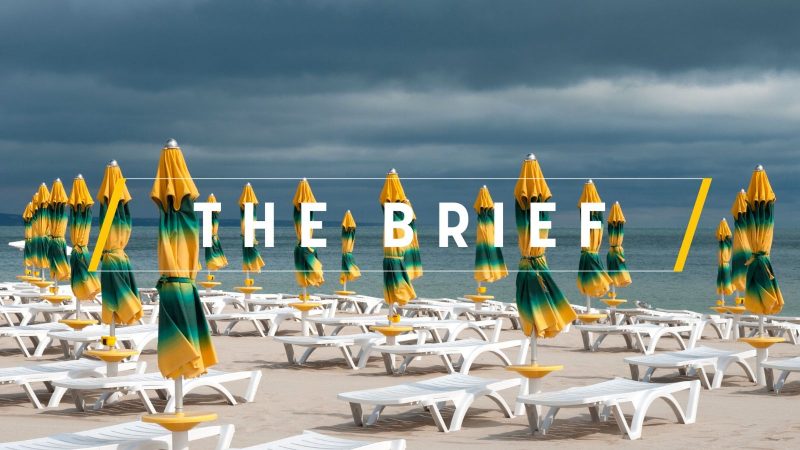 With a ban on non-essential travel and some countries in complete lockdown, the European tourism sector is looking at a pandemic-imposed collapse in the upcoming summer season. A helping hand from the EU is far from close.

Tourist hotspots around the globe are seeing a dramatic decrease in visitors and booking. It is the first time since World War II that the whole sector is hit equally – multinational airlines, travel agencies, family-owned hotels or freelance tourist guides.

The bloc’s internal market commissioner Thierry Breton said on Tuesday (21 April) that Europe’s tourism economy could drop by up to 70% and be among the last to recover, and he therefore wants the sector to be first in line when it comes to COVID-19 recovery funds.

“I consider that tourism should benefit the most, more than 20% without a doubt,” he told EU lawmakers in the European Parliament’s Transport Committee.

But the funds are still nowhere to be seen. And even if they are made available any time soon, it is unclear what strings will be attached for the countries that will benefit from them.

Breton, however, surprised MEPs with a rather unexpected announcement: telling them that a special summit could be organised in September or October to deal with the fallout of the pandemic and set out a roadmap for sustainable tourism across Europe.

But we are not Australia or New Zealand. Summer is practically around the corner and help is already needed by many in the sector who are teetering on the verge of bankruptcy. An autumn summit will be far too late.

On a communication level, the EU executive has not been its own best friend either.

Commission chief Ursula von der Leyen sent several contradictory messages in the space of ten days on the matter. Last week, she advised EU citizens not make summer vacation plans. A week later, she said she was positive about “smart” summer holidays, though  precisely what constitutes a ‘smart holiday’ is far from clear.

Greece, for instance, is mulling the introduction of “health passports”, meaning those willing to travel to Greece need to be tested first in the country where the holiday starts. Czech Republic’s President Milos Zeman has suggested that the country’s borders should remain sealed off for a year.

It is true that once it feels safe again, solo travellers and adventurers might return to their voyaging habits fairly quickly. But many of those dreaming of a careless summer vacation will think twice before booking anything this year.

Meanwhile, the so-called MICE industry, dealing in meetings, incentives, conferences and exhibitions, will take a long time to return to pre-corona levels.

And who is to say that some of them won’t find a permanent liking for the Zoom and Skype conference calls that currently happen on a daily basis across the globe? Which could wipe out a whole bracket of conference tourism…

Mass tourism will see a price war around the globe, with everyone trying to lure as many tourists as possible to their destinations to make up for the losses of 2020. Sadly, but understandably, sustainable tourism will be the last thing on everyone’s mind in the post-crisis world.

The question of whether sustainable tourism will survive and thrive in a post-corona world is the wrong one – at least for the immediate aftermath of the crisis.

Instead of going two steps ahead, the EU needs to make sure that there is still a sector to reform.

The UK government’s decision to opt-out of an EU procurement scheme for urgently needed medical equipment to cope with the coronavirus crisis was plunged into fresh confusion.

The EU needs to focus on ways to bring the production of medicines and pharmaceutical ingredients back to Europe to avoid a future recurrence of shortages experienced during the COVID-19 crisis, the EU health boss Stella Kyriakides told MEPs.

European Commission VP Frans Timmermans assured MEPs that the new EU Food policy and biodiversity strategy might be delayed by several weeks but no longer, after the launch was pushed back until 29 April.

Timmermans also assured EU lawmakers that “every euro” spent on economic recovery measures after the COVID-19 crisis would be linked to the green and digital transitions.

Differences among EU countries look set to stymie any major decisions on tackling the long-term economic impact of the crisis at the summit.