The Brief – Was the ‘no panic’ rhetoric ultimately effective? 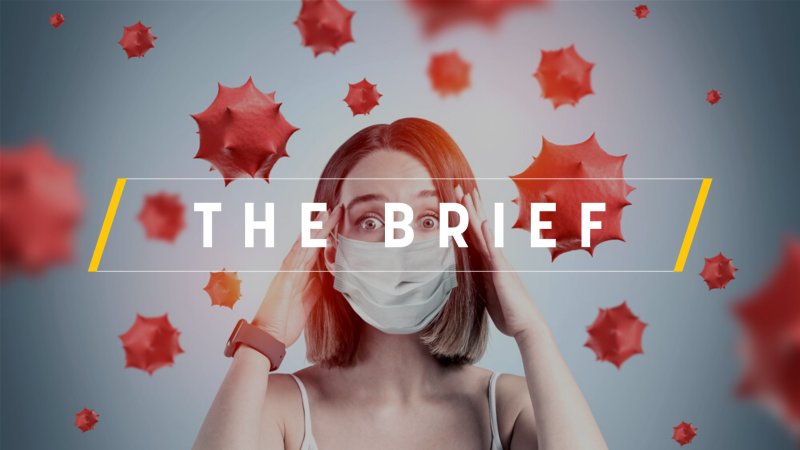 Weeks before the COVID-19 pandemic reached Europe, a number of EU and national policymakers insisted that there should be “no panic”.

Likewise, in the early days, the World Health Organisation (WHO) and the European Centre for Disease Prevention and Control (ECDC) were reluctant to use the word ‘pandemic’ in public.

ECDC director Andrea Ammon told EURACTIV on 7 February: “Right now, it doesn’t look like someone needs to be worried. We still consider for Europe, the risk is low.” She added, though, that pandemic preparedness plans should be sped up.

In the same vein, in late February, the EU’s Health Commissioner Stella Kyriakides was saying we must not give in to panic.

But has the non-panic rhetoric actually had positive results?

In most member states, citizens did not panic over the virus, so much so that they ignored confinement measures, made unnecessary trips, organised lockdown parties, and queued to buy marijuana before the real confinement began.

Meanwhile, national leaders assured the public that their countries were sufficiently equipped to face a crisis, only to admit, weeks later, that there were not enough masks and ventilators. Then they started unilaterally closing borders and taking uncoordinated action.

In theory, it should have been European Council President Charles Michel’s role to coordinate EU member states. But apparently, he did not, or did not manage to. His role in this crisis has been low-profile at best.

It’s not easy for a politician to have to raise public awareness to the panic level, especially when it involves pushing EU citizens, used to high-quality life, out of their comfort zone. But in this case, such a scenario should have been examined.

The European Commission was undoubtedly the first institution to put pressure on member states to take immediate action and brace for a pandemic. But its communication tactics have not been successful. Perhaps it should have been louder and clearer.

With hindsight, it would have been better to overreact and panic, even if the danger was not so evident at the start. EURACTIV has learned that there were voices in the Commission asking for more direct rhetoric, but they evidently didn’t carry the day.

Whatever the reason, advising EU countries and citizens not to panic, and then speaking of an ‘unprecedented disaster’ only two weeks later clearly raises an issue about pre-emptive thinking, preparedness and communication in EU institutions.

As you might need some break from tele-working, make sure you have a look at our weekly newsletters on foreign affairs, digital and agrifood to catch up with all the latest from the EU’s policy sectors.

30 MEPs and 50 journalists, academics and civiI society organisations have called for “swift and decisive actions” to address “threats to the rule of law being carried out under the guise of emergency powers” in Hungary in a letter addressed to the European Commission and Council presidents.

The G20 group of leading economies agreed to suspend debt payments owed to them by some of the world’s poorest countries in a bid to cushion the economic impact of the coronavirus pandemic.

Boris Johnson’s government has repeated its threat to walk away from the EU Single Market this year if a deal on a successor EU-UK trade pact cannot be reached. It hinted that trading with the EU on World Trade Organisation terms would give the UK more ‘flexibility’ to manage the economic fallout from the coronavirus pandemic.

A dedicated EU military task force will be set up to support the coordination of the national armed forces in the fight against the pandemic. However, it is yet unclear whether and how efforts could be coordinated on EU-NATO level to avoid duplication.

As EU countries begin mulling exit strategies, EURACTIV takes a look at the COVID-19 situation in EU’s Eastern neighbourhood, including the spread of the virus and a short overview of containment measures.

The coronavirus outbreak means it is the wrong time to condition state aid for airlines on green measures, European Commissioner for Transport Adina Vălean told EURACTIV in an interview, but warned the industry to stick to its passenger rights obligations.

Facebook is to establish a new system for alerting users who have engaged with misinformation related to the coronavirus, the company’s head Mark Zuckerberg announced.

In response to the COVID-19 sanitary crisis, 14 MEPs from three political groups have asked to implement without delay a compulsory percentage of volume reduction in the dairy sector to avoid ‘milk lakes’.

Although requests for market intervention measures in response to COVID-19 are legitimate,  the current budget for their deployment is very limited, the EU Agriculture Commissioner Janusz Wojciechowski warned.