The Brief – Why search for a role you’ve already found? 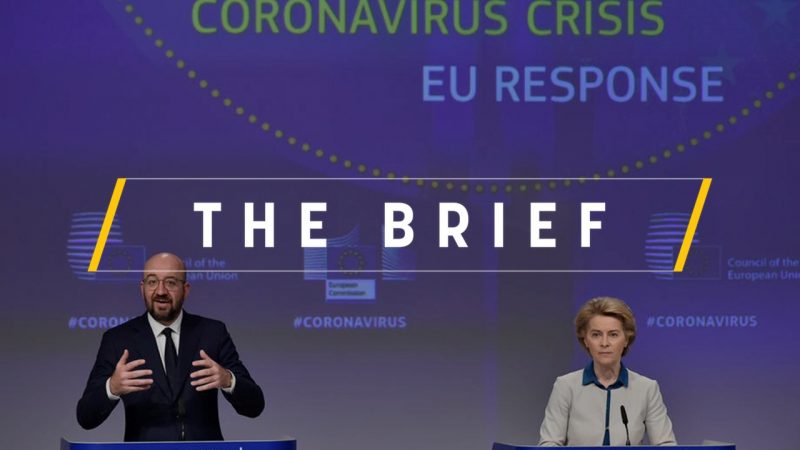 The European Commission has found itself in an almost impossible position. Promise too much and it sets itself up to fail. Pledge too little and it looks irrelevant. Once again, EU leaders look like they are searching for a role.

That was underscored when Ursula von der Leyen and Charles Michel presented the EU executive’s ‘roadmap’ on how to exit from the crisis on Wednesday (15 April).

The EU has limited powers in healthcare policy and it is fanciful to believe that national governments are going to give up their competences over the way they organise national health systems.

Similarly, the response to the economic damage caused by the lockdown is largely down to national treasuries.

The row over whether jointly issued eurobonds should be introduced exposes one of the eurozone’s most fundamental flaws, but the solution, or not, lies in the hands of national ministers.

That means that the Commission should not over-hype the importance of the policy measures it can push through. To take one example, the SURE support scheme for workers facing lost income from lockdown is useful, but not a silver bullet. It can complement but will not replace national support schemes.

Yet co-ordination is a valuable role, and one of the bloc’s big successes over the past month has been in joint procurement. Since mid-March, four joint public procurements have brought together 25 member states to tackle shortages in supplies of urgent medical equipment, including ventilators, laboratory equipment and personal protective equipment.

Joint EU procurement is not a panacea. It is member states themselves who purchase the goods and sign the contracts with the bidders, while the Commission co-ordinates the tender process. Nor does it have to replace national plans. Most governments across the bloc have launched their own national procurement plans.

But the programme – and the €1.5 billion worth of kit bought through it – has helped save lives.

In contrast, the UK government is rightly being hammered over shortages of PPE and ventilators in its hospitals, and the fact that it decided not to opt-in to the joint procurement scheme before finding that, with most of the world scrambling to buy the same thing, ordering the equipment it needs is a slow and uneven process.

“We have to deal with COVID-19, but at the same time, we have to make sure that the health crisis doesn’t become a security crisis,” NATO Secretary-General Jens Stoltenberg told EURACTIV in an exclusive video interview about NATO’s crisis response and threat preparedness, China’s role and the pandemic’s impact on the military alliance.

The European Parliament’s largest political groups back the issuing of ‘recovery bonds’ guaranteed by the EU budget to help tackle the economic fallout from the coronavirus crisis, according to document seen by EURACTIV.

The launch date of the highly-anticipated new EU food policy, the Farm to Fork strategy (F2F), is currently under review and an updated programme is due to the published in the coming weeks, a Commission official told EURACTIV.

France’s Agriculture Minister Didier Guillaume has multiplied calls for assistance from Brussels to deal with the effects of the ongoing health crisis. In other words, the milk, meat, fruit and vegetable sectors cannot wait much longer.

In light of the disruptive impact of the ongoing coronavirus pandemic, the Commission is assessing the need to delay a series of important actions, including in the field of digital affairs, a draft copy of the executive’s working programme seen by EURACTIV reveals.

Germany’s EU Presidency draft timetable contains mainly empty wording as there are no concrete goals for the Green Deal, with new initiatives only in the case of hydrogen.

Europe’s demand for rail travel will increase over the next decade, according to new analysis that cites the public’s new-found appreciation for cleaner air and climate issues as a result of the coronavirus outbreak.