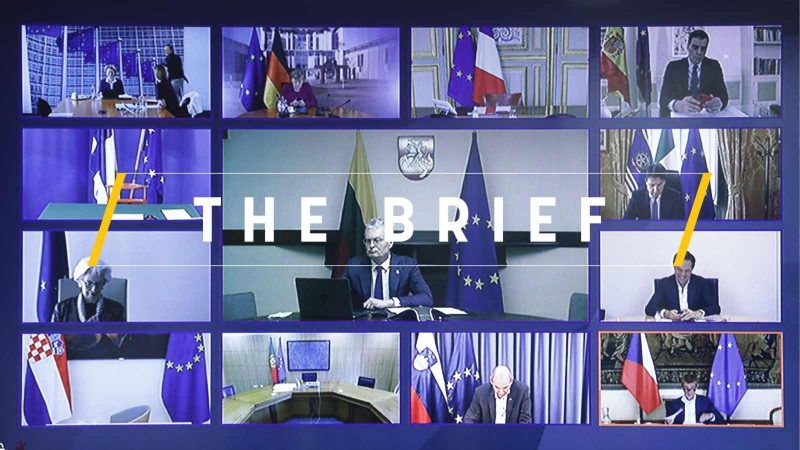 Zoom is a video conferencing platform that has been used by the EU and other stakeholders during the COVID-19 crisis, when physical meetings have become impossible. We have all discovered these platforms in recent weeks, and they’re OK. But the question is: is it possible to take big decisions online?

It has already been said that for an issue as big as the Multiannual Financial Framework, the EU budget for 2021-2027, physical meetings of EU leaders will be needed.

Journalists who remember how previous MFFs were adopted know that it takes a lot of corridor discussions to reach an agreement. There is also a format called “the confessional”, where individual leaders try to secure last-minute benefits. You cannot have that online…

Maybe this is a reason why EU leaders didn’t go very far during Thursday’s (23 April) teleconference on the much-needed recovery package. At least this time, reportedly, they didn’t quarrel too much.

Has any other international entity been more successful in teleconferencing?

An interesting example is provided by one of the world’s protracted conflicts, in Nagorno-Karabakh. The territory, populated mainly by ethnic Armenians, belongs to Azerbaijan but was seized by Armenia-backed separatists who declared independence during a 1988-1994 conflict that killed at least 30,000 people and displaced hundreds of thousands.

The international body dealing with the conflict is the OSCE Minsk group, headed by a co-chairmanship of France, Russia and the United States.

On Tuesday, a teleconference of the Foreign Ministers of Azerbaijan and Armenia was held with the participation of the co-chairs from the OSCE Minsk Group.

The virtual meeting produced a rather constructive Joint Statement, also acknowledging the appeal of the UN Secretary-General António Guterres for a global ceasefire during the current health crisis.

It goes without saying that the continuation of peace talks at a time when most governments, including Armenia and Azerbaijan, who are technically at war, are struggling with the COVID-19 pandemic, is very commendable.

It is also very positive that the peace efforts continue in an unchanged format, that mention is made of “creative and constructive impetus to the peace process”. The downside is that the Joint Statement fails to mention the so-called elections held in the occupied territories a few weeks ago.

Nagorno-Karabakh is one of the few conflicts in the world that could actually be solved through a phased approach, assuming that Armenia and Azerbaijan don’t see it as a zero-sum game.

The occupation has brought few benefits to Armenia, and with the expected heavy economic impact of the coronavirus crisis, a peaceful solution would make a lot of sense. If the sides heed the Guterres appeal and make headway toward conflict resolution without wasting time, this would be a great example that zoom diplomacy actually works.

Also have a look at our Special Edition of The Capitals which explores how much in trouble Europe’s airlines are is coronavirus lockdown measures continue to slash demand for air travel and what is done across Europe to support the industry.

EU leaders have tasked the European Commission with designing the recovery plan for the deep economic crisis that the coronavirus COVID-19 will cause in Europe. They, however, didn’t specify how it will support the green transition they claim to be committed to.

A frustrated Michel Barnier, the EU’s chief Brexit negotiator, came close to accusing London of derailing talks on a future EU-UK trade pact, warning that there were “serious difficulties ahead” if a ‘no deal’ scenario is to be avoided in two months’ time.